Latest Transfer news and rumours in the football world

By Randomsportsguy (self meida writer) | 11 days

Haaland and Hakimi are discussed by Chelsea.

Chelsea has made contact with clubs and agents in the hopes of landing Erling Haaland of Borussia Dortmund and Achraf Hakimi of Inter Milan in a double summer contract.

Any contract for Haaland would not only shatter Chelsea's club and salary records, but it would also shatter Premier League records, with his agent Mino Raiola set to collect a sizable fee.

ellstri's loan from Manchester United - according to Noticias de Alava.

The 19-year-old made 12 appearances for the La Liga club last season and they are eager to keep him for the 2021-22 campaign.

Ole Gunnar Solskjaer is now set to decide whether to let Pellistri continue his development. Pellstri's loan from Manchester United is set to be extended by Alaves.

Pellistri's future will now be decided by Ole Gunnar Solskjaer, who will determine whether or not to allow him to continue his growth. 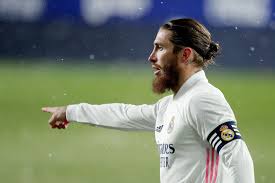 According to Deportes Cuatro, Sergio Ramos has reversed his position on a new Real Madrid deal.

After months of holding out for a longer-term deal, the 35-year-old will now consider a one-year contract, as well as his intention to continue playing at Santiago Bernabeu.

Real are now scheduled to complete Ramos' contract extension before the end of the season. 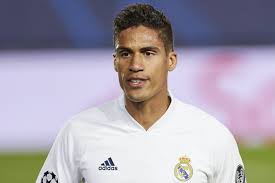 Varane, who is linked with Manchester United, is set to be sold for €50 million by Real.

According to Mundo Deportivo, Real Madrid is ready to sell Rafael Varane, a Manchester United-linked centre-back, for €50 million (£43 million/$61 million).

As he continues to stall on extension talks, the Blancos could be forced to cash in on the 28-year-old before he becomes a free agent in 2022.

United is on the verge of swooping in.

Content created and supplied by: Randomsportsguy (via Opera News )