By FootballSportsNews (self media writer) | 17 days ago 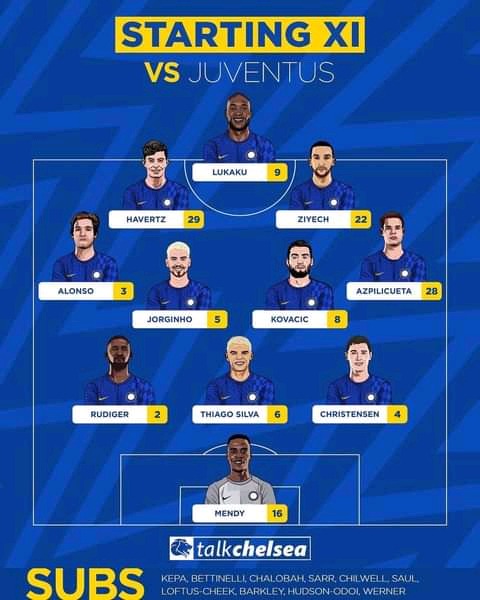 Chelsea have finnally switched their tactics back to 3-4-2-1 formation against Juventus with Goalkeeper Edourd Mendy starting covered by 3 centre-backs. Chelsea defence will usher in Rudiger, Thiago Silva and Christensen while midfield will usher in Marcos Alonso, Jorginho, Kovacic and Captain Cezar Azipilicueta. The Blues attack will be lead by striker Romelu Lukaku supported by Kai Havertz and Hakim Ziyech. 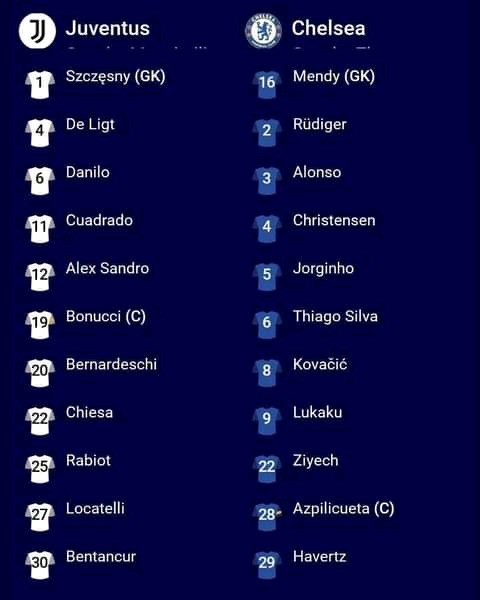 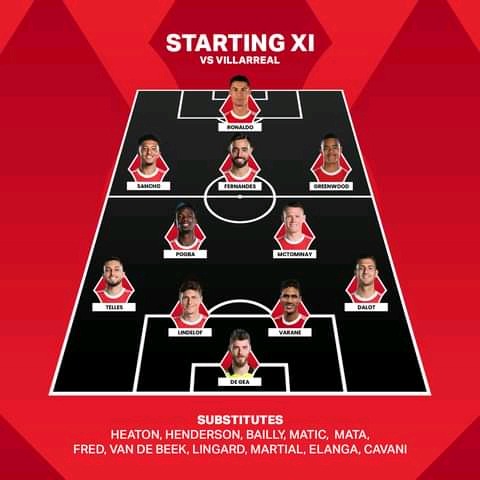 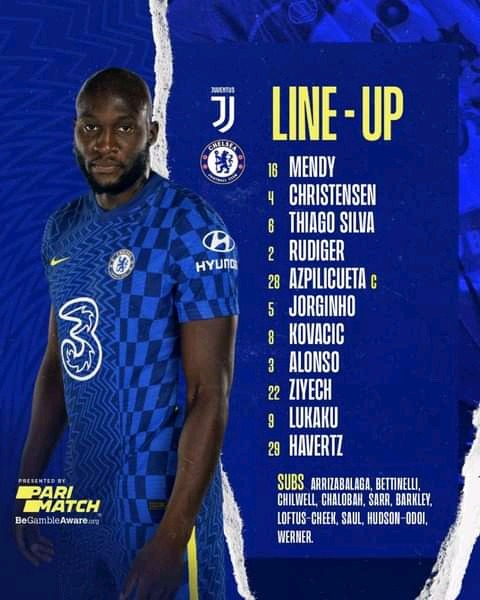 Man United have finnally settled for their traditional 4-3-3 formation against Villareal tonight at Old Trafford. Manchester United Goalkeeper David De Gea will be starting alongside Varane, Lindelof, Diogo Dalot and Alex Telles in the defence. The red devils midfield will comprise of Paul Pogba, Scott Mctomminnay and Bruno Fernandes while the attack will be lead by Cristiano Ronaldo patnering with Mason Greenwood and Jadon Sancho. 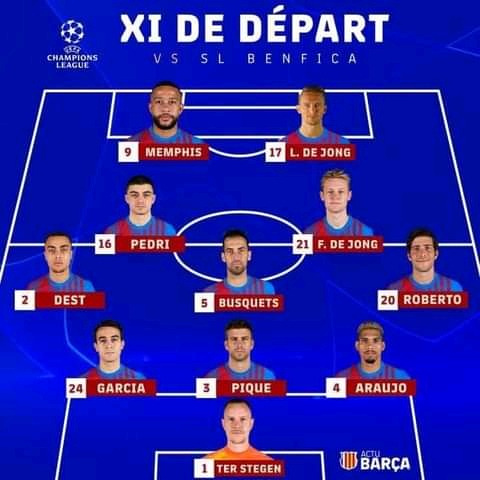 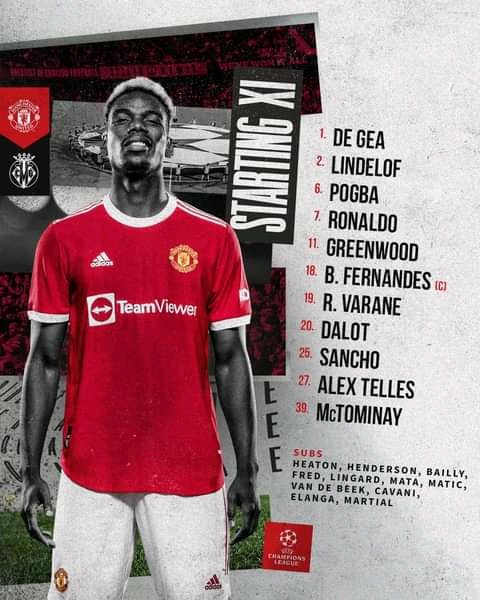 Barcelona lead by Ronald Koemann have chose to lineup a 4-4-2 formation against Benfica in the UEFA Champions League fixture tonight. Goalkeeper Ter Stegen will be starting for Barcelona covered by Dest, Garcia, Pique, Araujo and Roberto in the defence. Barcelona midfield will comprise of Pedri, Busquets and Frank De Jong while the attack will usher in Memphis Depay and Luuk De Jong. 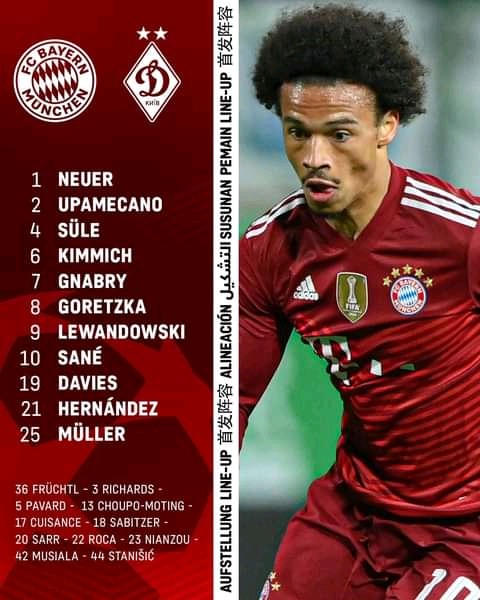 Bayern Munich will adopt a 4_2_3_1 technical formation against Dynamo Kyiv tonight with Goalkeeoer Manuel Neuer set to start. Bayern Munich defence will comprise of Upamecano, Sule, Kimmich and Davies. The Bavarians midfield will usher in Goretzka,Hernandez and Thomas Muller will join the attack alongside Sane, Lewandowski and Gnabry.

Willis Raburu Celebrates His Baby Mama During Her Birthday