By RACECOVER (self media writer) | 8 months ago

Cristiano Ronaldo was back Old trafford to do his business once again against Newcastle United. Ronaldo who left Juventus to join Man United scored two goals on his second debut. This made United fans go wild as they celebrate the famous ''suuiiii'. 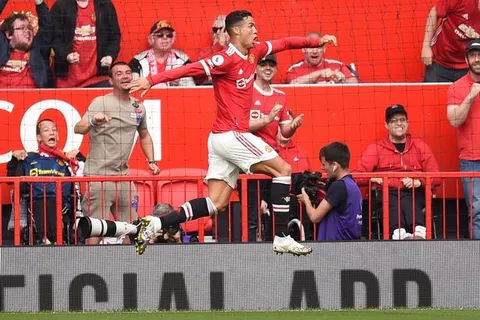 United started Ronaldo as number nine ahead of Edinson cavani who was nowhere in the squad that faced Newcastle and he didn't disappoint as he marked another start to old trafford life. 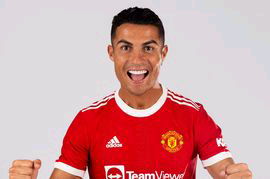 At 36, many believe Ronaldo is past his prime, though the man himself is determined to win more trophies.

He said: “I’m so happy to be back. I never thought I would be back again but I am so proud, so excited and I’m looking forward to starting in the best way. I’m so happy, my family is happy, my kids, everyone.”

“To be back again, we have good memories, but this is a new time, a new generation and I’m here to win again and to help the team

"am not here for a vacation. Before was good, winning important things and I wore the shirt before many years ago, but I am here to win again.

“I am capable, me and my team-mates. I am ready to go. It is a good chance for me, for the supporters, for the club, to get one step ahead.

“I am ready and I think I will be a huge thing in the next three or four years.

United started the game on a low note but they later gained moment after Ronaldo scored in the second minute of the added time in the first half. 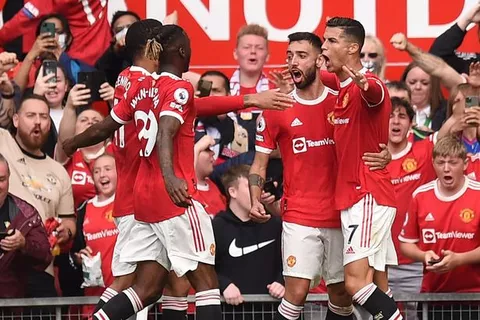 During the second half, Newcastle were determined to destroy man United's party after they equalized in the 55th minute. It looked as if the game was going the other way round but in the 62nd minute Like Shaw once again worked his magic as he ran towards the box and layed pass for Ronaldo who scored past The Goalkeeper's legs to make it 2-1.

The game didn't end there as Bruno Fernandes got on the score sheet with a superb goal outside the box to make it 3-1. Just towards the end of the game Paul pogba set Jesse Lingard who had come on as a substitute to replace Jadon Sancho as he scored his first united goal this season.

With United now having the Portuguese on their ranks their chances of going trophy less this season seems to reduce as they have power and leadership as well as mentality of winning trophies within the team with the likes of Rafael Varane.

United Squad is now made up of players with a winning mentality and I think it will be a team to watch this season.

Please comment on Ronaldo's performance today, does he seem like he is going to give united a trophy this season? Leave your comments and please follow to get more news.

Content created and supplied by: RACECOVER (via Opera News )