By kingztv01 (self media writer) | 2 months ago

The international break has come to an end, and as a result, a large number of players have returned to their respective European leagues, where they all currently compete.

Luis Suarez scored a brace and assisted his team in defeating a tenacious Alaves side in the Spanish top division yesterday. As a result, I've decided to write this article to highlight the current La Liga Golden Boot standings following the conclusion of all matches played yesterday.

Karim returned to action for Real Madrid yesterday, scoring a brace in the team's 2-1 victory over Celta Vigo to mark his triumphant return from injury. As a result, he is currently in first place in the league standings with 24 goals in 26 league appearances

Fourth on the list is Unal, who currently plays for Getafe in the Spanish top flight league and has scored 14 goals so far. Unal is currently in fourth place on the list. Unal is an outstanding player who, despite not being on the same level as players such as Karim Benzema, has the potential to score at least 20 goals before the end of the current season. Unal has scored 14 goals in 29 appearances for Getafe this season, according to the club's statistics page. 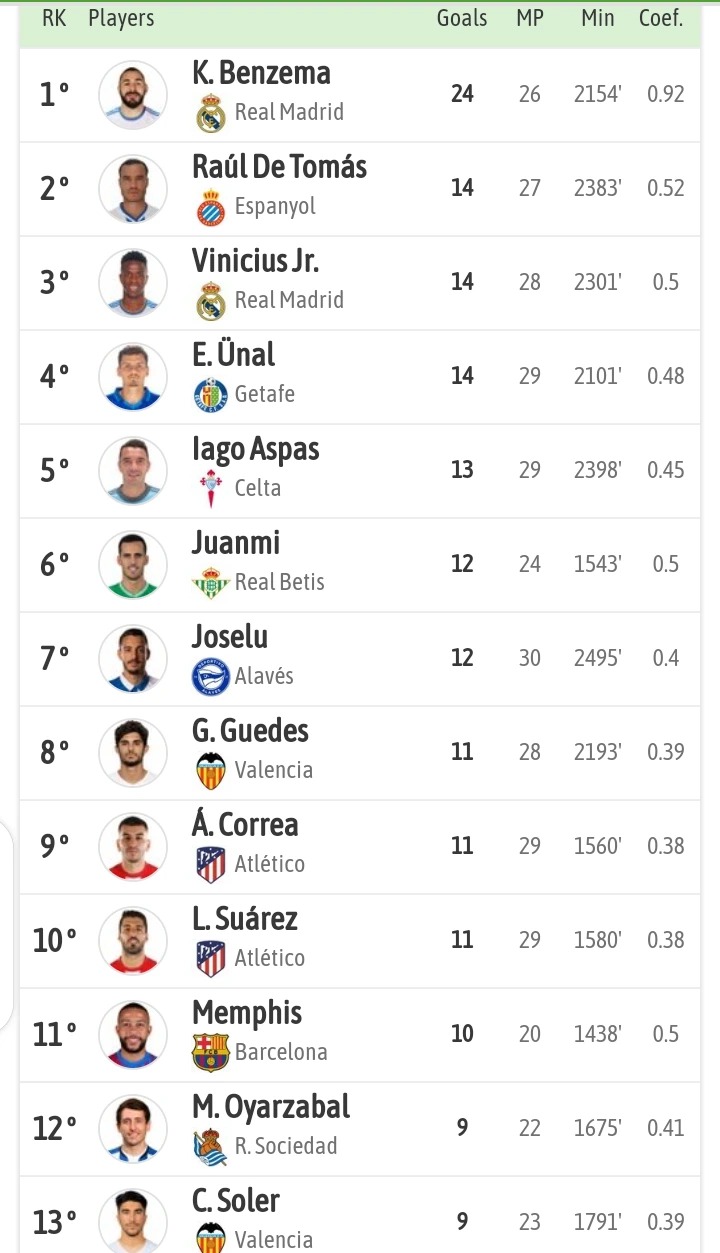 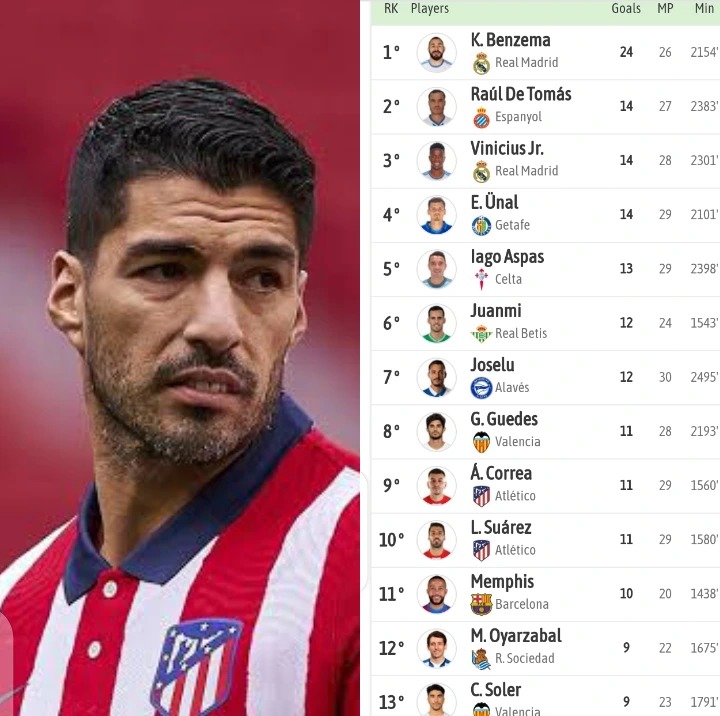 Luis Suarez, on the other hand, moved ahead of Memphis Depay and Oyarzabal on the log after scoring a brace against Alaves on Sunday. Please see the image below for additional information. Thank you.

In this case, what do you have to say is important. Please take a moment to share your thoughts with us in the comments section.