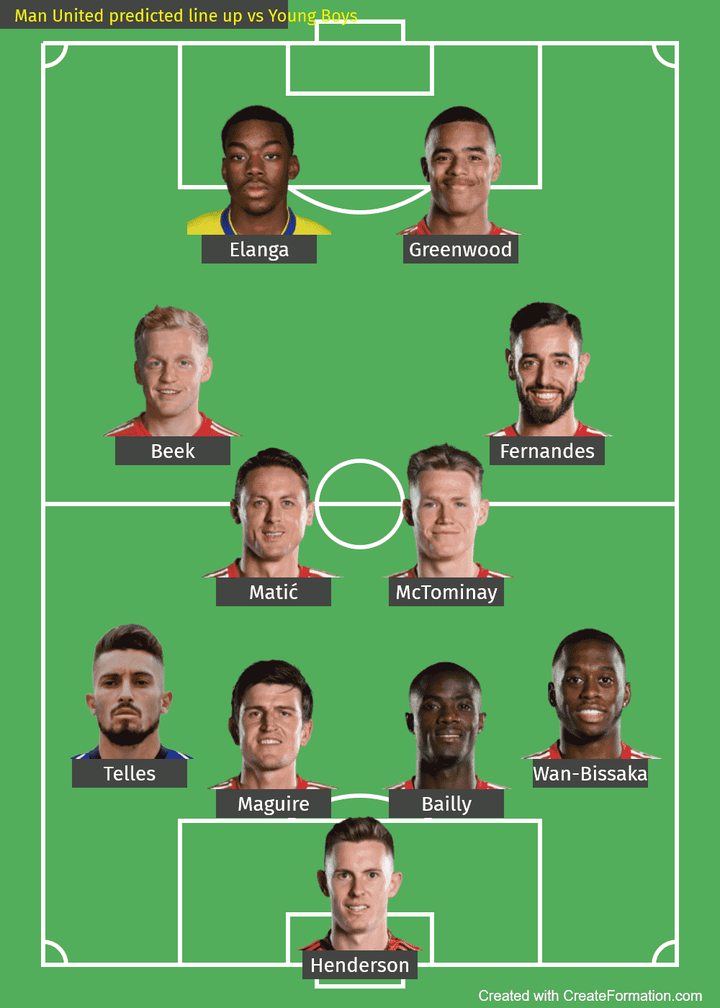 Manchester United returned to winning ways in the Premier League, defeating Crystal Palace with some of the most visually arresting football in recent memory.

Things are looking good under interim manager Ralf Rangnick, with the Manchester United players adapting quickly to his high-pressing brand of football after only a few training sessions.

Manchester United face Young Boys in the Champions League this week, and with the club already qualified for the knockout stages, Rangnick will have the opportunity to assess the squad's second-string players.

Villarreal still have a chance to take top of the group if United lose on Wednesday, so the OT side must pick up at least a point to retain the top spot. However, Villarreal will be under even greater strain, as a defeat to Atalanta will result in their elimination.

Young Boys have already beaten United this season, but the Red Devils appear to be a very different team under Ralf Rangnick. Therefore, unless something drastic happens, we don't see Manchester United losing this one.

Manchester United team news and injuries for the match against Young Boys:

Ralf Rangnick quickly adopted the 4-2-2-2 formation, and we are fairly certain he will do so again against Young Boys.

De Gea will be rested as the interim manager uses this opportunity to assess Dean Henderson's true capabilities. The defensive line will also see some changes with the addition of Wan-Bissaka in place of Dalot.

Raphael Varane is still out with a hamstring injury and is not expected to return until mid-December. This implies that neither Lindelof nor Harry Maguire will be able to take a break.

Luke Shaw remains a concern, and if he is unable to play, Alex Telles will be given another opportunity to impress.

Fred and McTominay both put in strong performances against Crystal Palace, but one of them will almost certainly drop to the bench on midweek as Nemanja Matic makes his debut.

The 4-2-2-2 formation enables Ralf Rangnick to play both Donny van de Beek and Bruno Fernandes, and if the manager wishes to rest both Rashford and Jadon Sancho, Donny and Bruno are likely to start together.

Anthony Elanga has risen unexpectedly in the pecking order since Ole's departure, and it will come as no surprise if he starts up front, given Anthony Martial and Edinson Cavani's worries for this game.