By Onlinelegitnews (self meida writer) | 8 days 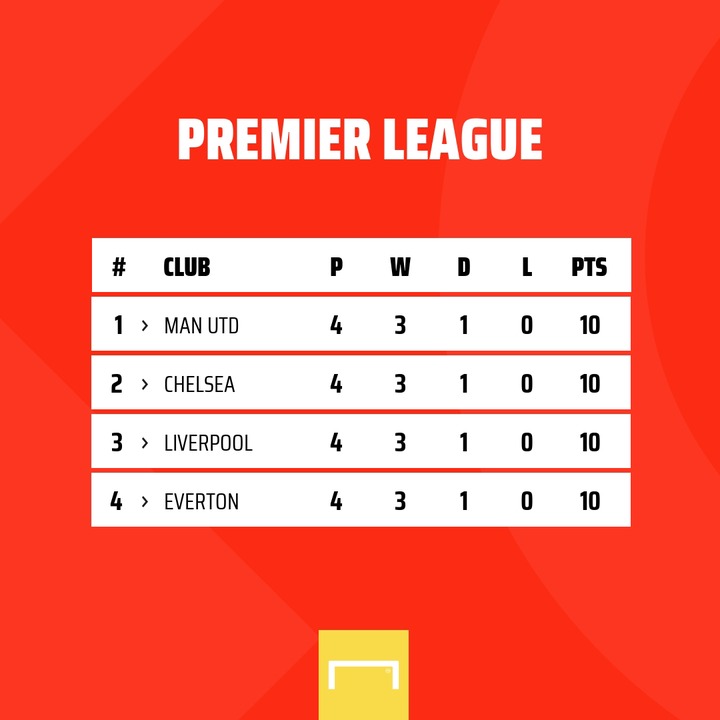 This is the toughest season that might be witnessed in the Premiere League because every big team is aiming for the title. The worst results that many big clubs have achieved is a draw and no team wants to lose a premier League game. There are four teams that are making this premier league competition so much competitive.

Chelsea under Thomas Tuchel is not easy to defeat. They are playing a formation of 3-4-3 which is more of Defensive than the attack. But this type of play literally means that they attack and defend together. In the Attack they have a team of lethal forwards who are experienced goal scorers. At the center forward they have got Romelu Lukaku.

Lukaku is an experienced goal machine and he has played in many big clubs and became one of the key players when playing for Inter Milan. Chelsea's defence is more of experienced and energetic players with Rudiger ruling the Defense.

They seem to have a good Midfielder in Europe with quality CDM. They have Kante and Atlético Madrid player who joined them on loan Saul Niguez. They are considered to be the toughest opponents this season who can comfortably challenge for the title.

This season seems to provide glory at Old Trafford after the signing of Cristiano Ronaldo. He has brought motivation and Man United hasn't lost any game. They seems to be the toughest opponents with greater quality at the attack and the Defense.

In the Midfield they are set to use Nemanja Matic as their Central Defensive Midfielder and he has shown that he can be of greater utility this season making the the toughest opponents.

Liverpool are also set to compete for the title this season after the return of their defenders from long term injuries, Matip and Virgil van Dirk. They haven't lost any game as their team is well parked with quality players that are good enough to challenge for the title.

Juggen Klopp is among the manager who are good in motivating the players to give out Their best and Salah and Mane seems to be at their peak once again this season.

Pep Guardiola is one of the best in the Premiere League as he is a serial premier league winner and understands the game very well. He has got players of greater quality and the return of Kevin de Bryune will give them a boost.