Peter Drury's Commentary on Ronaldo That is Stirring Up the Internet

By NowHotNews (self media writer) | 9 months ago 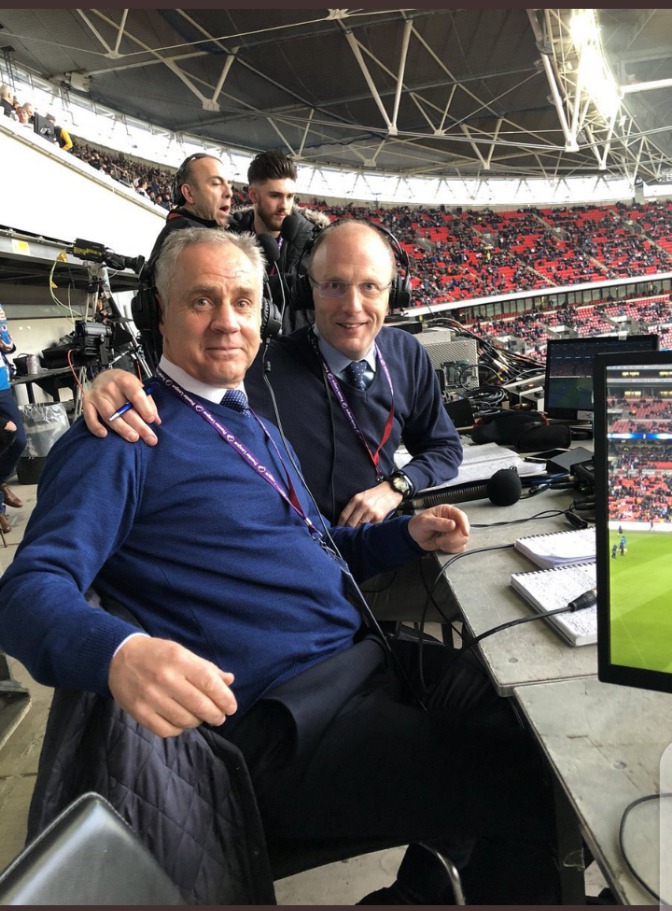 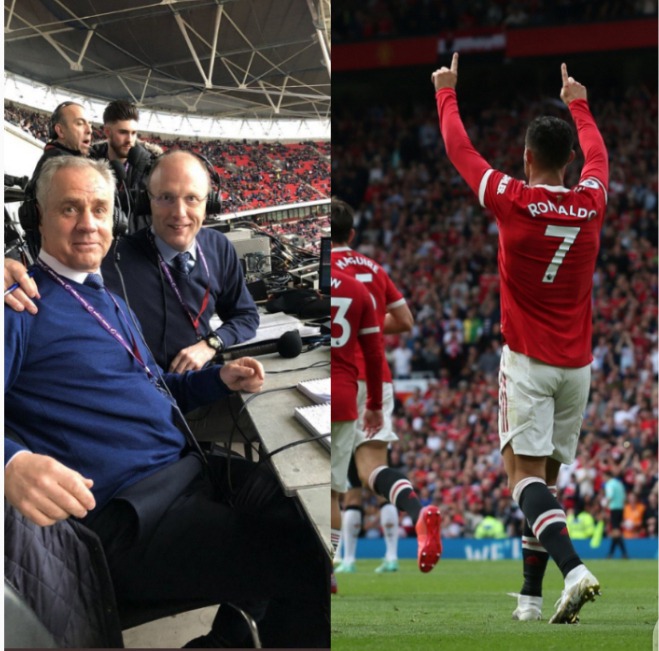 " Who's there? Close your eyes and he never went away. Ronaldo is proving that age is just a number, he is the kind of player that doesn't need adaptation into the team, he has continued from where he left..." Peter Drury made this commentary after Ronaldo netted his first goal in Saturday's match against Newcastle. 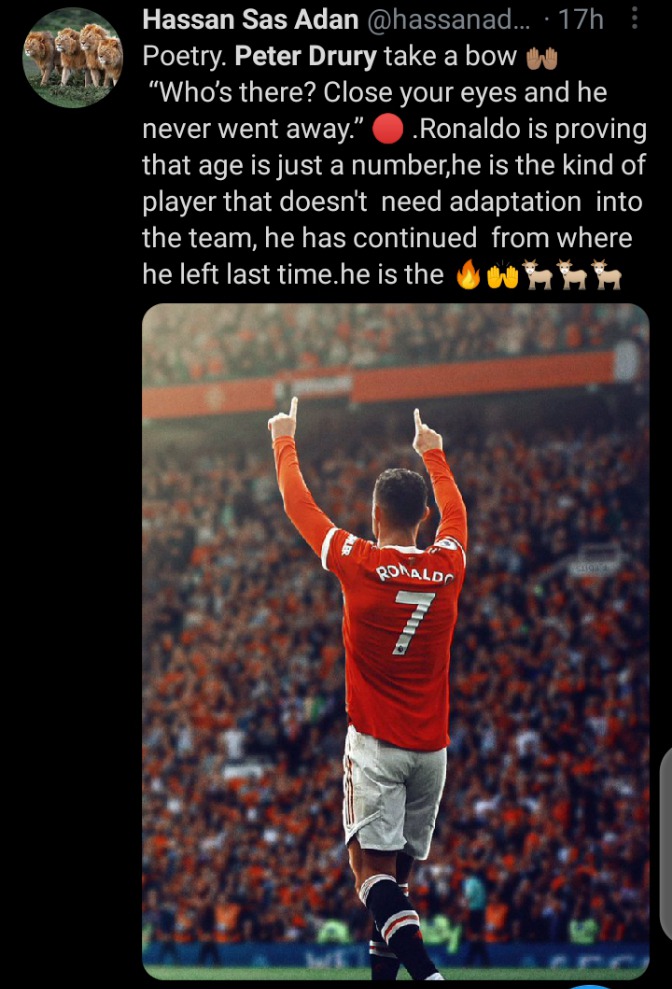 Ronaldo netted the second goal few minutes after Newcastle's comeback goal. The 3rd goal was scored by a stunning shoot from Bruno and then Lingard netted the last goal to give united a 4 against 1 win over Newcastle united.

" Was there a day more utopian, more utterly ideal in the recent life of Manchester united... Ronaldo rose to it, Fernandez decorated it, and Lingard finished it in style." Peter Drury commented. Below is the link to the video https://twitter.com/YhawBenjamin/status/1436724500578639875?s=19