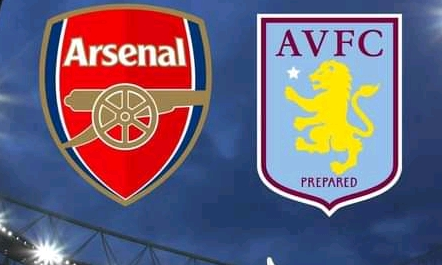 1: Arteta optimistic For Victory Against Aston Villa in the Premier League

Arsenal Manager Mikael Arteta is confident The Gunners will secure all the 3 points in their upcoming Premier League fixture against Aston Villa. Arsenal have lost all their last 3 most recent meetings against Aston Villa in all competitions hence Arteta is desperate to end the losing streak. Arsenal go into the match week 9 in the back of two draws against Crystal Palace (2-2) and Brighton (0-0) while Aston Villa have recently lost two consecutive games to Tottenam and Wolves. Arteta claims Arsenal got all the ingredients and know what to do to beat Aston Villa and claim all the 3 points. 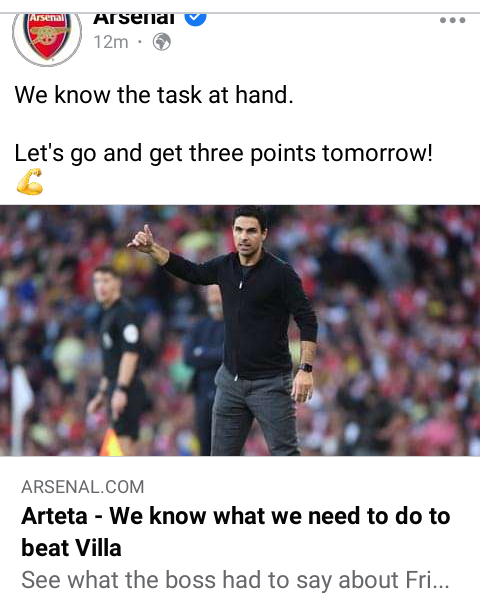 2: Arteta Confirm Saka Injury Could Be Serious Hence Martinelli Could Be Given A Chance

Arsenal Manager Mikael Arteta has issued an update on Bukayo Saka fitness ahead of Premier League clash against Aston Villa. Arteta confirmed that Bukayo Saka has not attended training at London Coloney since he was injured against Crystal Palace last Monday but will be assesed today by Arsenal medical staff. Saka Injury could give Gabriel Martinelli an opportunity to feature abd shine for Arsenal at Emirates against Aston Villa according to Football London. 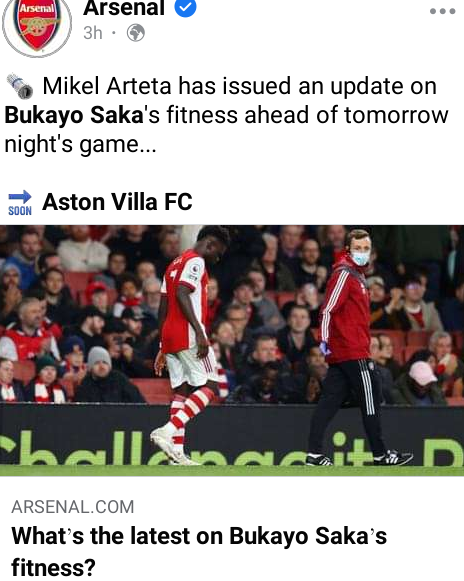 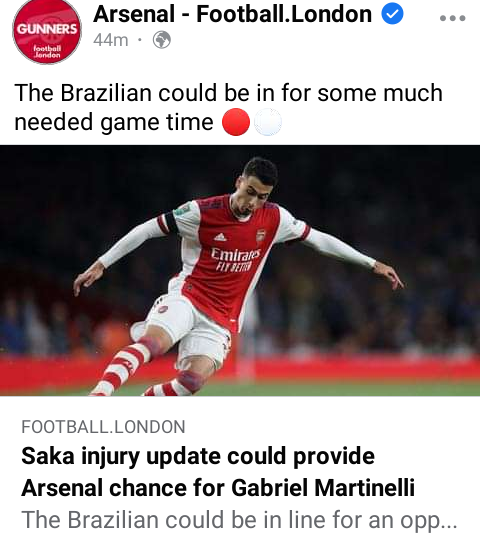 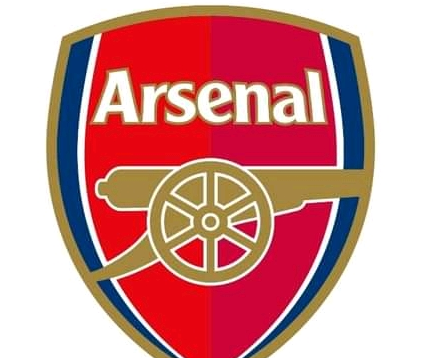 3: Arteta Praises Lacazette Form As They Hint Arsenal Could Offet Him New Contract

Arsenal Manager Mikael Arteta has insisted Lacazette won't leave Emirates this January Transfer window despite him attacting intrest from 4 clubs and having less than 8 months. Arteta stated that Lacazette is Arsenal player and he treats like any other player not just because he got one year left but due to his brilliant performance. The Gunners are weighing options whether to gift the French Forward a new contract after scoring a vital goal for Arsenal against Crystal Palace according to Chris Wheatley. 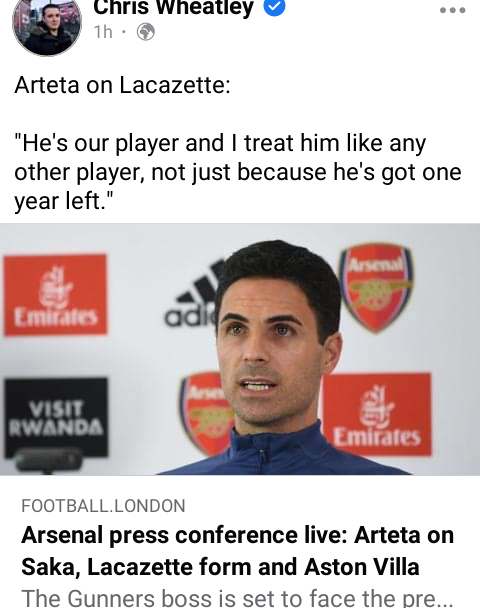