Chelsea were denied a safe ticket to top four on Tuesday after Brighton forced a goalless draw at Stamford Bridge. The blues has formed a competitive squad that has beaten FC Porto, Atletico Madrid and Rennes in the UCL and they lastly beat Man City in the FA Cup Semi Finals. They will be meeting Leicester City in the FA Cup finals. 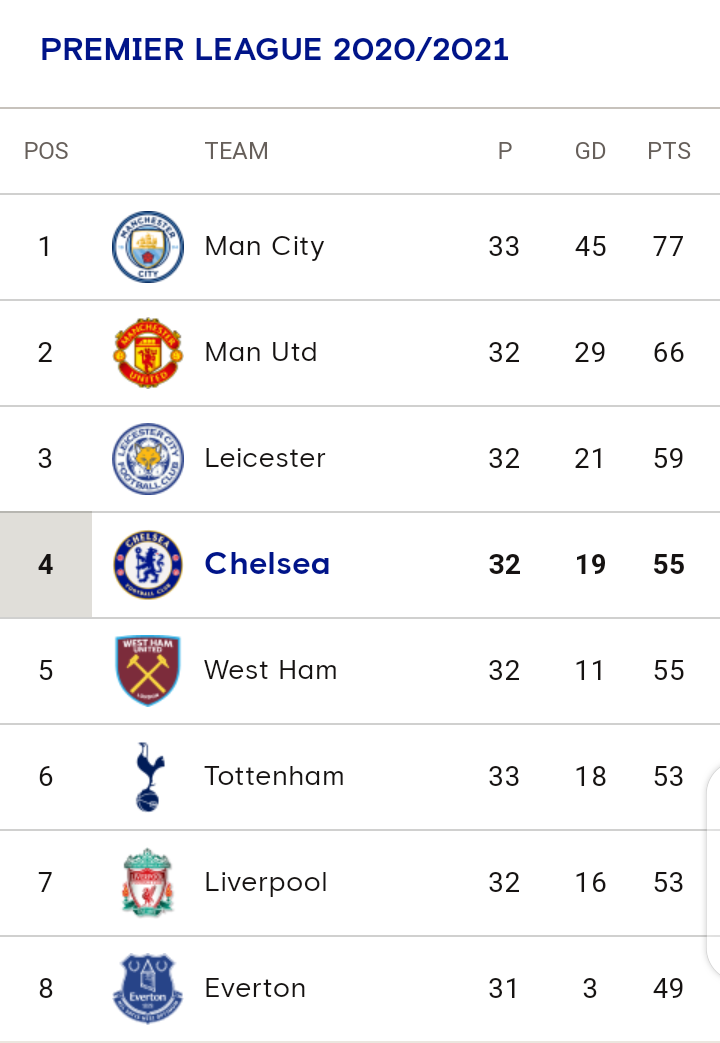 This has left the blues at position four with 55 points after 32 games player similar to Westham. The tie is set to be broken this Saturday as Westham hosts the west Londoners at London Stadium. Chelsea have a tight fixture in all the remaining matches. They are set to play Leicester City on their last fixture. Leicester have already opened a four points gap with Chelsea after beating West Brom on Thursday and they are currently at position three with 59 points. Below is a compilation of the remaining Chelsea fixtures. 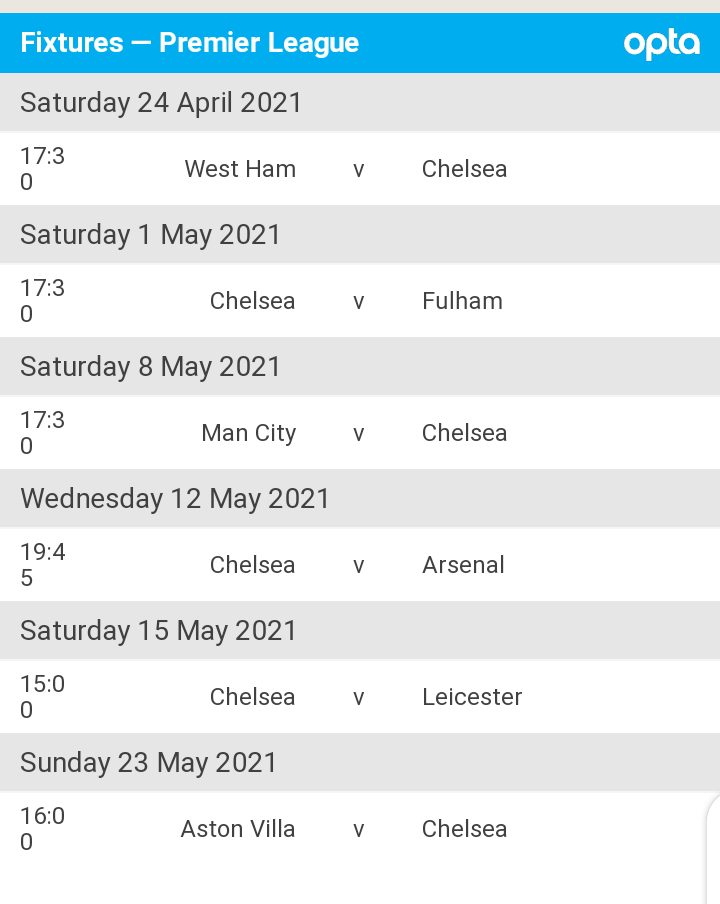 Tottenham are set to miss this weekend's fixture as they are set to play Man City in the Carabao cup finals. In that case they have played a game ahead of any other premier league team.