By Annnjeri (self meida writer) | 25 days

Arsenal look set for another busy transfer in the coming summer with sources close to the Emirates based giants confirming the club is braced for arrivals as well as departures.

The gunners have earmarked Tottenham Hotspurs europa league tormentor Mislav Orsic for a move to the north London based Stadium in the summer.

The mirror reports that Edu Gaspar and Mikel Arteta want the Croatian speed merchant to replace William Borges who is not growing any younger as he has already hit 33 years. 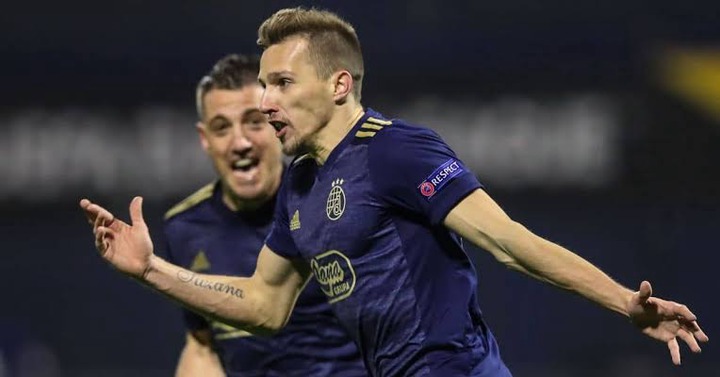 At only 28 years,Orsic still has his prime way ahead of him and his goal scoring exploits with Dinamo Zagreb would be a valuable addition to the Arsenal squad having bagged 53 goals in 123 appearances.

Arsenal fans got a glimpse of Orsic when he bagged a hattrick that dumped Tottenham out of the Europa league last of 16 and the left winger who can operate as an attacking midfielder is an exciting talent to watch.

The player who joined Zagreb in the summer of 2018 still has four years remaining on his current contract but it is understood he will be available on a bargain.

US Sends A Warning Over Some Websites Selling Covid-19 Vaccine