Arsenal prepared to sanction three more transfers for Mikel Arteta before deadline – A Goalkeeper, a Midfielder and possibly a striker. 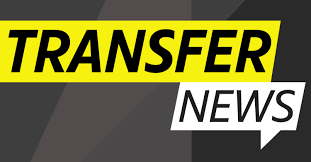 "Aouar is a player they love. They are still waiting to see what happen with Lyon because this is a completely different situation because they wanted the player last summer. But now he is could still be an opportunity for Arsenal and Tottenham"

Dharmesh Sheth on The Transfer Show:

"I've spoken to a contact who says Aubameyang is fully committed to Arsenal, he does still have two years on that big contract, and wants to return to the pitch as soon as possible."

Rio Ferdinand on Ben White: ‘The issue I have with Arsenal is you can’t buy players for a year down the line. Ben White is good now but what you need is someone to come in and grab the players in the training ground.

‘I feel that at this stage of his career, Ben White needs a partner to bring him a lot, like a Harry Maguire, Raphael Varane or Thiago Silva.

‘Arsenal have needed a centre-back to come in and defend. Ben White will end up being a decent signing but the biggest issue he’s got is if I was being courted with Arsenal now I’d think, “who am I playing with?”

DeanJonesSoccer: “Arteta’s not going to be sacked after one game. Conte coming in - there’s nothing right now. Arteta’s job isn’t safe, like it was last season. Last season was a free hit for him, there was no chance he was going to lose his job at that time.”

Sources familiar with the club’s thinking say Arsenal sees it as having all the power in negotiations with Real Madrid for Martin Ødegaard, the preferred option after Maddison, which gives the club ample room to discuss the possibility of signing #1 target Maddison.

Tammy Abraham has been directly involved in more goals (25) than any other Chelsea player in the Premier League since the start of the 2019/20 season.

The only player to score 20+ goals for the Blues in that timeframe.

Arsenal are once again pushing to sign Aaron Ramsdale. Talks have reopened and there is renewed confidence a deal can be done before end of the window.

Potential deal is likely to be £20m plus add-ons. SUFC keen to sell the GK this summer.