Big blow for Chelsea as This Player is Expected miss to ULC Final Against Manchester City.

By Dailybrefingnews (self meida writer) | 26 days 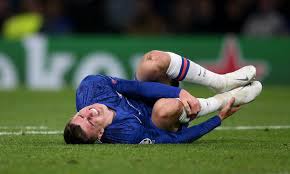 Chelsea on Tuesday was able to returned to their winning ways after defeating Leicester city two goals to one. This is after they were defeated last Saturday in FA cup final against the same team at Wembley stadium. Thomas Tuchel made some changes during the game chelsea played against Leicester yesternight with Eduardo Mendy starting in the goal and also Christian pulisic starting as a winger.

They got their first goal from Antionio Antionio Rudiger where Ben Ben Chilwell provided an assist. The second was from a penalty kick. Yesterday Kante was substituted by Mateo Kovacic after he picked up an injury. The player might miss the champions league cup final against Manchester city incase the injury will persist for a long time.

This will be a major blow to chelsea if the injury persists for a long period as the star player has been a major key role in chelsea midfield in the past UCL games.

Although, Chelsea fans are praying for quick recovery as the club awaits the big match ahead of them. Meaning Tuchel might rest some players to avoid more injuries.