By PhobianSimiyu (self meida writer) | 1 months 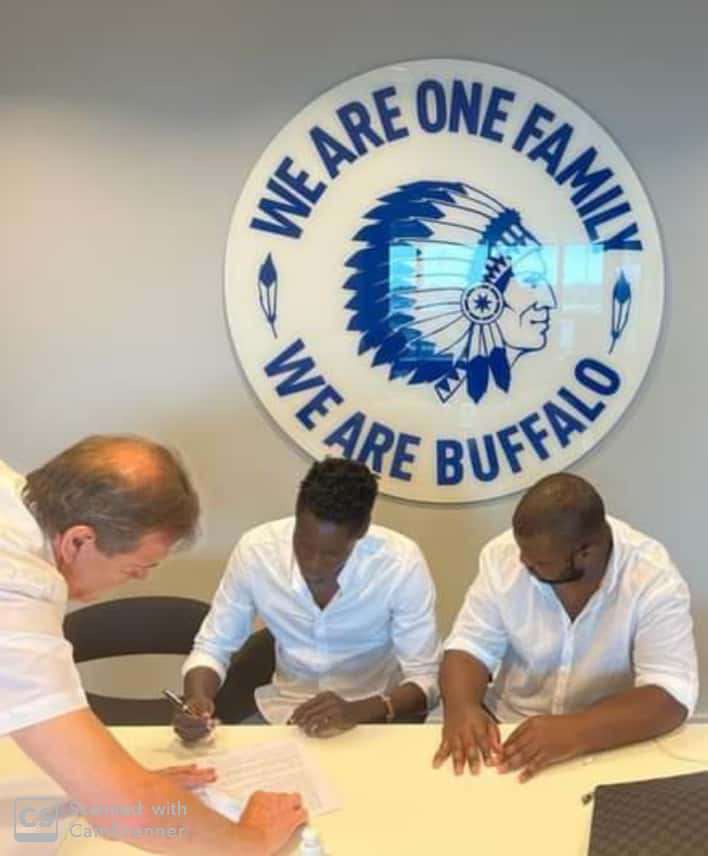 Joseph Stanley Okumu has been the talk of town for some few months now, but the speculations came to an end yesterday evening after the defender penned a deal worth 400 million shillings from Elfsborg.

The deal consists of a four years stay that will see the Kenyan earn millions of money. The Belgium side had mixed performances last season finishing out of the UEFA Europa league spot in the Belgium pro league table. The side saw it necessary to add some quality in the squad ahead of next season.

The Kenyan star will be a nice acquisition for the side as he was among the best defenders in the Swedish Allvenskan. Prior to his move, Okumu had helped Elfsborg to qualify for the UEFA Europa league next season.

A fit that helped him to attract many interests across the globe. Some of the teams that were interested in his services include, Rangers, Celtic and Napoli of Italy. It was also reported that French outfits Lorient had submitted a bid that was quickly refuted by Elfsborg.

We wish him success in his new home.