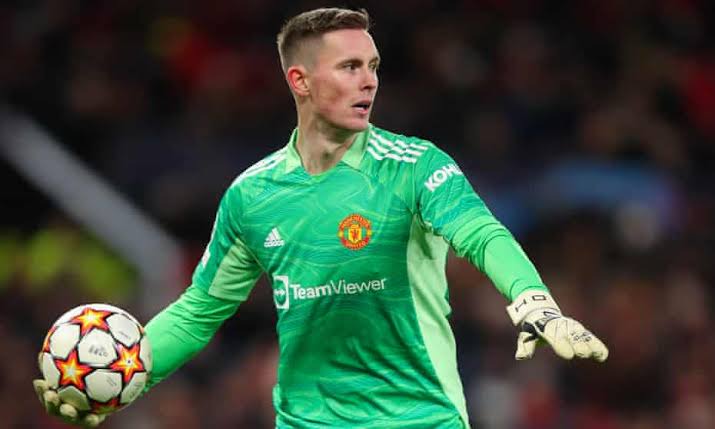 DONE DEAL: Derby County & English promising winger Malcolm Ebiowei has finally completed a move to Crystal Palace on a free transfer. The 18 year old has penned down a five year deal with the Patrick Vieira's side which will tie him at the Selhurst Park stadium until June 2027, after completing his medicals earlier this week. 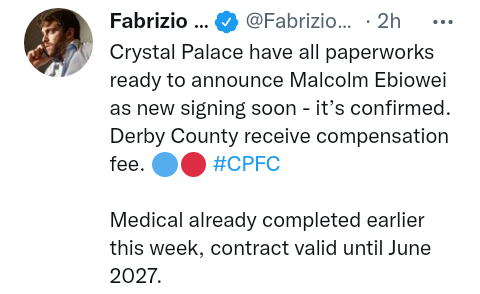 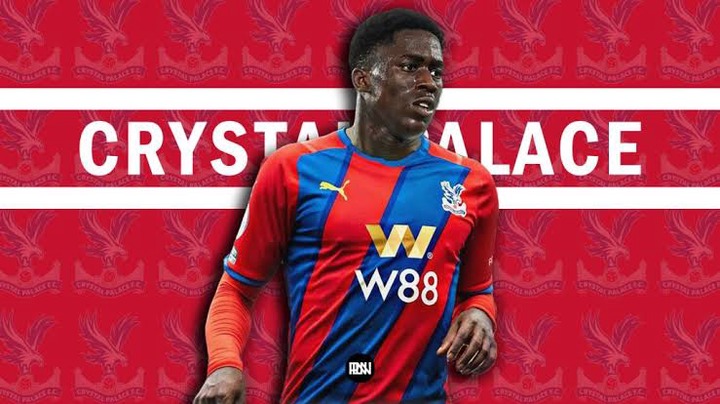 DONE DEAL: Rotherham United have signed striker Tom Eaves from Hull City on a free transfer. The 30 year old has put pen to paper on a 3 year contract with the Millers after completing his medicals tests today. 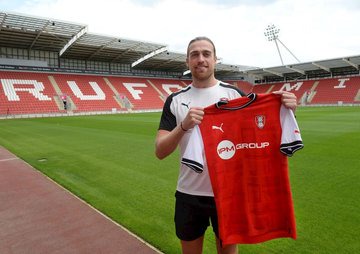 DONE DEAL: Swansea have signed wing back Matthew Sorinola from Royale Union Saint-Gilloise on loan for the 2022/2023 season. 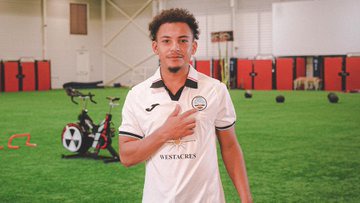 Manchester United icon Wayne Rooney has today informed League one outfit Derby County that he wishes to be relieved of duties as first team manager with immediate effect. 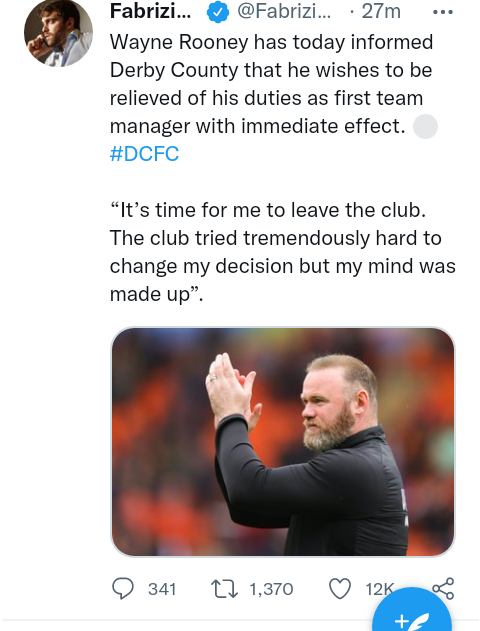 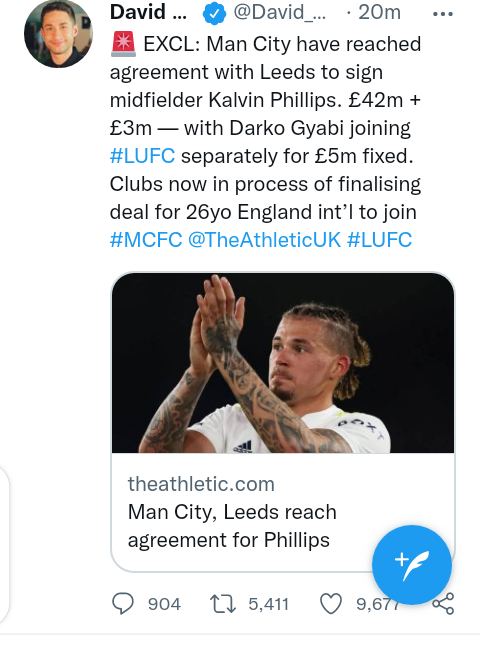 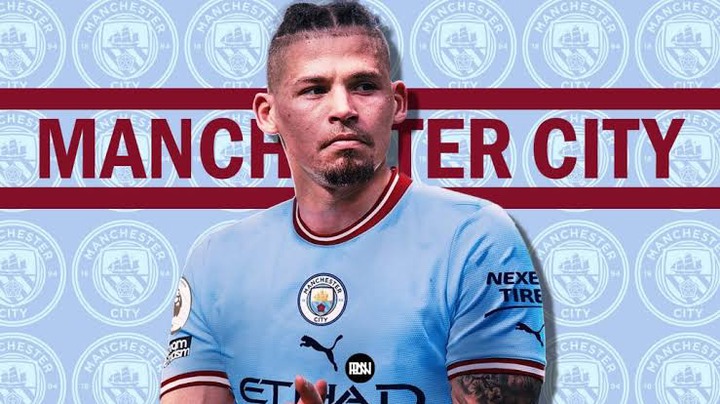