Here are some Arsenal weekend updates you shouldn't miss. 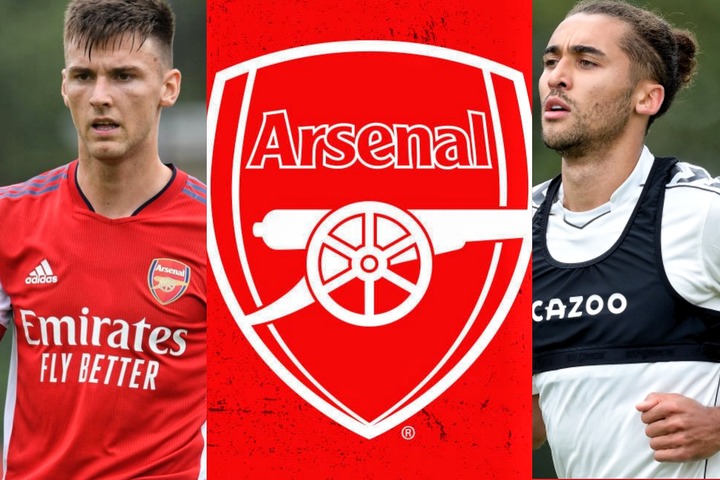 With Arsenal's offensive woes, a £60 million move for Everton's Dominic Calvert-Lewin has been suggested. Arsenal fans have reacted to the links to Calvert-Lewin by expressing their feelings about his possible transfer. Here's how they responded to an AFTV Twitter poll: 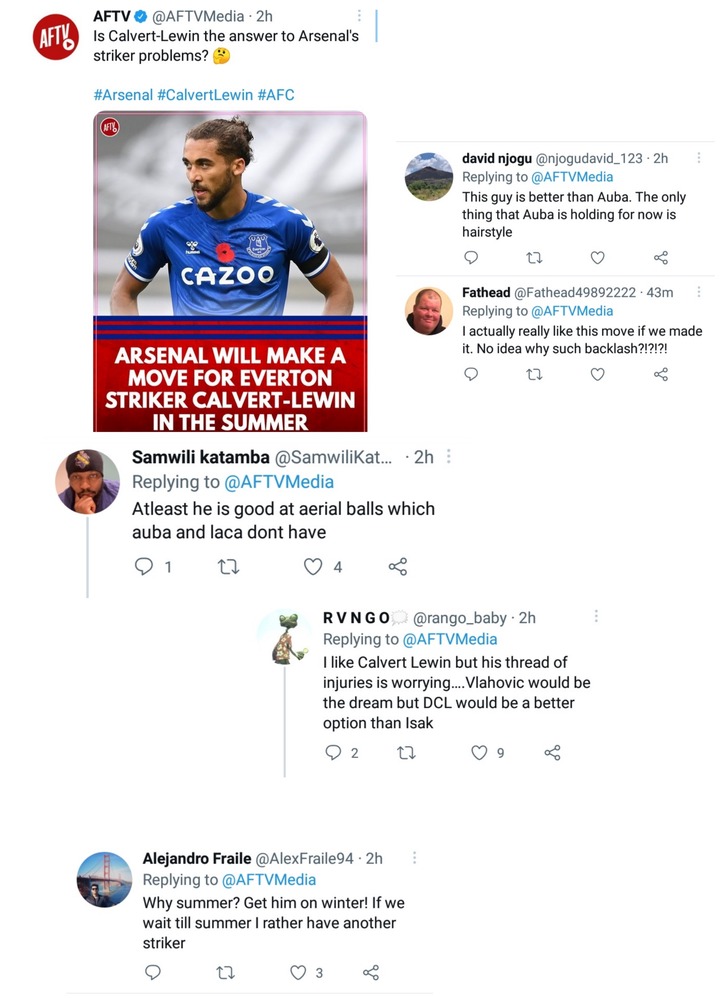 Is Arsenal better with or without Aubameyang in the lineup? Arsenal striker Pierre-Emerick Aubameyang has failed to score in his last five appearances. Despite the fact that all expectations were for him to score crucial goals for Arsenal, he has been a disappointment. Arteta may continue to be patient with Aubameyang, but his failure to deliver may become a source of concern as the games pile up. But, before that happens, and before bringing in reinforcements in the January transfer window, Arteta should give them a chance to lead his forward line, as they could make all the difference up front. 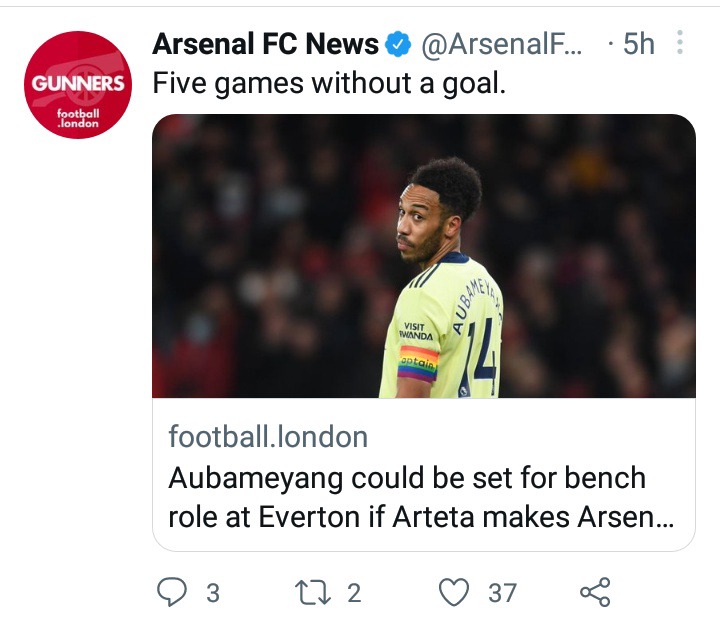 Tierney's current situation of warming the bench, according to Tim Keown, could spiral out of control. Many Arsenal fans, according to Keown, are surprised that Arteta has stuck with Tavares despite the fact that Tierney, a top-class player, is forced to warm the bench despite being fully fit and having played all of Arsenal's games prior to his injury in late October. In an interview with Talk Sport, Keown said:

"I don't know. I think that is a mystery. Tavares has done exceptionally well. Maybe the manager doesn't believe in Tierney as much as we might believe in him. "

"He [Tierney] doesn’t strike me as the sort of lad who’s going to stick around if he doesn’t get a game of football."

Could Tierney's current misfortunes crop up exit ideas in his head? 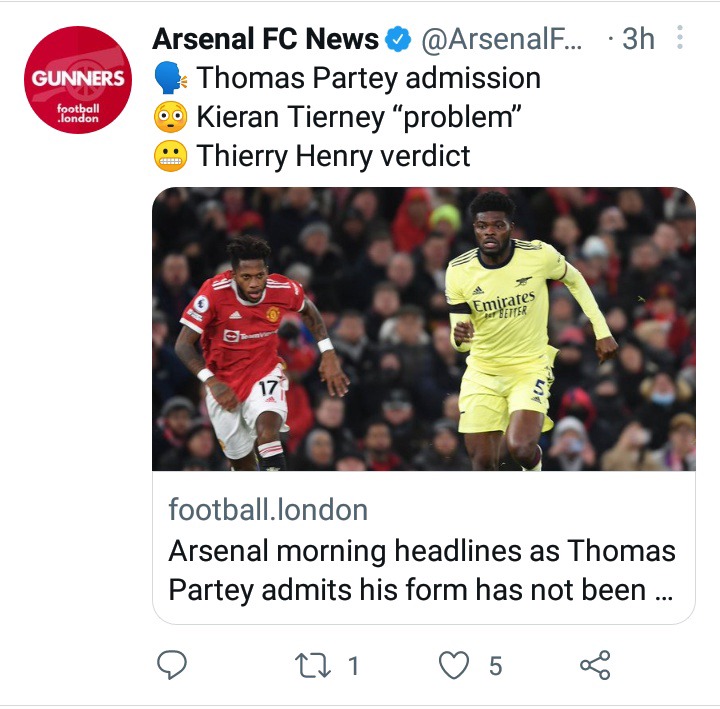 Why You Should Live In A Bedsitter If You Earn Less Than Ksh 40,000 In Kenyan Cities.