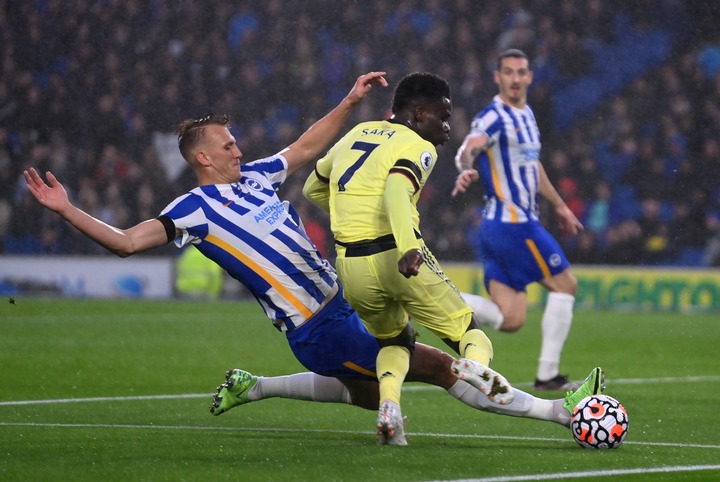 Arsenal met Brighton & Hove Albion in another game of the English Premier League. Mikel Arteta made only one change in the team that started against Tottenham Hotspurs in the North London derby last weekend. Albert Sambi Lokonga was brought in to replace the injured Granit Xhaxa.

The first half started on a very high note and the Brighton players played very well, they denied the Arsenal players any goal scoring opportunity. Pierre Emerick Aubameyang came close to scoring but he hit the post. The first half ended 0-0. 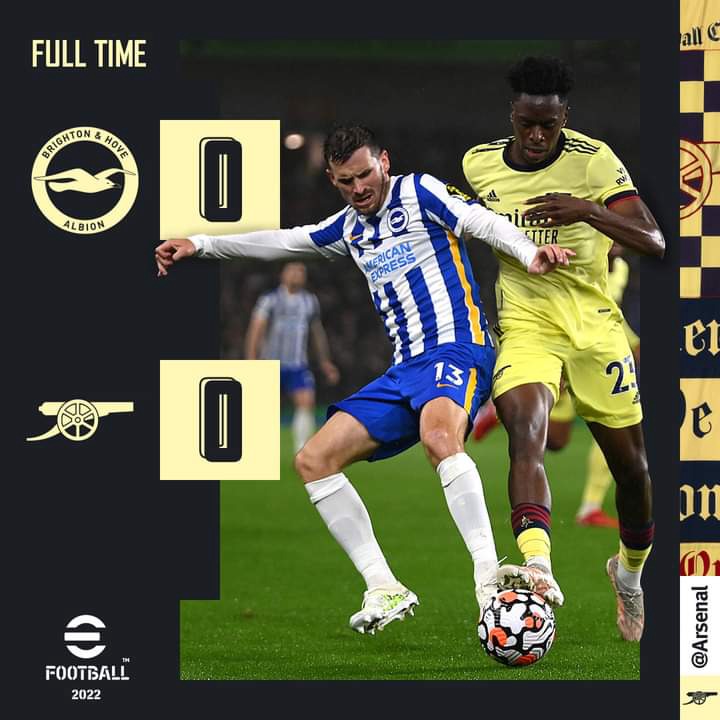 The second half was also a tough one and Mikel Arteta made some changes in order to get some good results. He removed Martin Oedegaard and replaced him with Nicolas Pepe. He also brought in Alexandre Lacazette in place of Aubameyang who was really struggling. These two players were on the score sheet in the last game of the Premier League last season against Brighton.

Maitland Niles was also later introduced to take the place of Bukayo Saka. The Brighton Manager made only two changes and Jakub Moder gave way for Alexis Mac Allister while Solly March took the place of Pascal Gross. The game ended 0-0 and the two teams got one point each.