By TheDailyDish (self meida writer) | 1 months

The beautiful musician snooped for the French Resistance against the Nazis by using her celebrity as a shield. In 1939, as war drums echoed throughout Europe, the head of France's military intelligence service hired an unexpected spy: Josephine Baker, France's most famous woman. 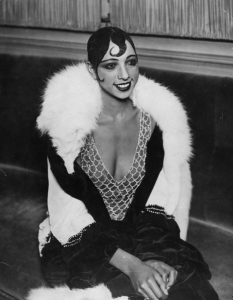 Jacques Abtey spent the early years of WWII hiring spies to gather intelligence on Nazi Germany and the other Axis powers. Usually, the head of the secret service picked out men who could fly invisibly. When it came to the American-born dancer and artist, nothing was regular.

Baker grew up without a father in a series of rat-infested hovels in St. Louis, where he was born in deprivation in 1906. She had only received sporadic education and married for the first time at the age of thirteen. Semitism centered on her skin color sickened her in Jim Crow America, so she quit at the age of 19 to work as a salsa dancer in Paris' music halls, where her risqué dance routines in nothing more than a pearl necklace and a rubber banana skirt made her a Jazz Age phenomenon. She became Europe's highest-paid performer since breaking out into music and film acting.

Baker's notoriety made her an unlikely spy choice because she could never fly covertly—but that's just what made her such an appealing prospect. Her cover will be fame. Baker's elegance, sophistication, and celebrity, Abtey hoped, would entice secrets from the lips of adoring bureaucrats at embassy parties.

Baker decided to spy for her fostered country after finding the equality that America pledged on parchment in France. “France made me what I am,” She told Abtey. “The Parisians gave me their hearts, and I am ready to give them my life.”

Baker began her spying career by attending diplomatic receptions at the Italian and Japanese embassies and collecting information on the possibility of the Axis powers entering the war. The newbie spy took notes about what she overheard on the palms of her hands and her legs under her skirts, displaying no anxiety of being captured. “Oh, nobody would think I’m a spy,” Baker said with a laugh when Abtey warned her of the danger.

Baker maintained her regular appearances in Paris in the weeks following the German invasion, sang to troops on the front lines over the radio, and consoled refugees in refugee camps. When the nazis closed in on Paris in early June 1940, Baker insisted on fleeing, so she packed her things, including a gold piano and a crib once possessed by Marie-Antoinette, into trucks and drove 300 miles southwest to a chateau. Baker sheltered refugees and French Resistance activists in her new quarters as Nazi soldiers goose-stepped down the Champs-Élysées and seized her Paris home.

Content created and supplied by: TheDailyDish (via Opera News )