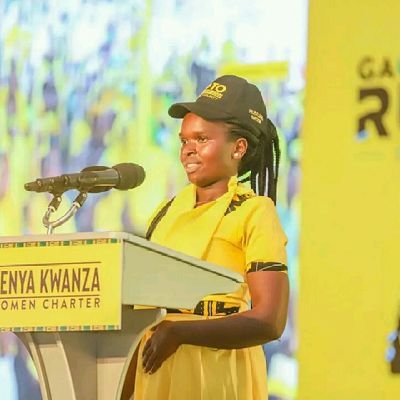 Toto Linet will be one of the youngest Woman Representative if she is elected on August 9th to represent Bomet County in the National Assembly. Toto broke all odds by clinching the UDA party ticket in spite of her age and her anonimity. Many people did not know her before she hit the limelight after being denied access to Deputy President William Ruto's official Karen residence.

The Chuka University graduate lives a humble life but that will probably change once she tastes power that comes with holding a political office. Toto comes from an area known to produce some of the greatest athletes the world has ever known.

She just like many Kenyans, keenly follow the ongoing commonwealth games where many Kenyan athletes are participating. So far we have won at least four gold medals. Just a few hours ago, Mary Moraa won a gold medal in the 800m final.

In spite of having a poor start, Moraa was able to regain he composure and confidence thus emerging the winner. Linet who was overjoyed by the result congratulated the athlete via her twitter page.

The tweet read, "Congratulations to our 800m specialist Mary Moraa on winning a Gold medal at the Commonwealth Games 2022, Birmingham." 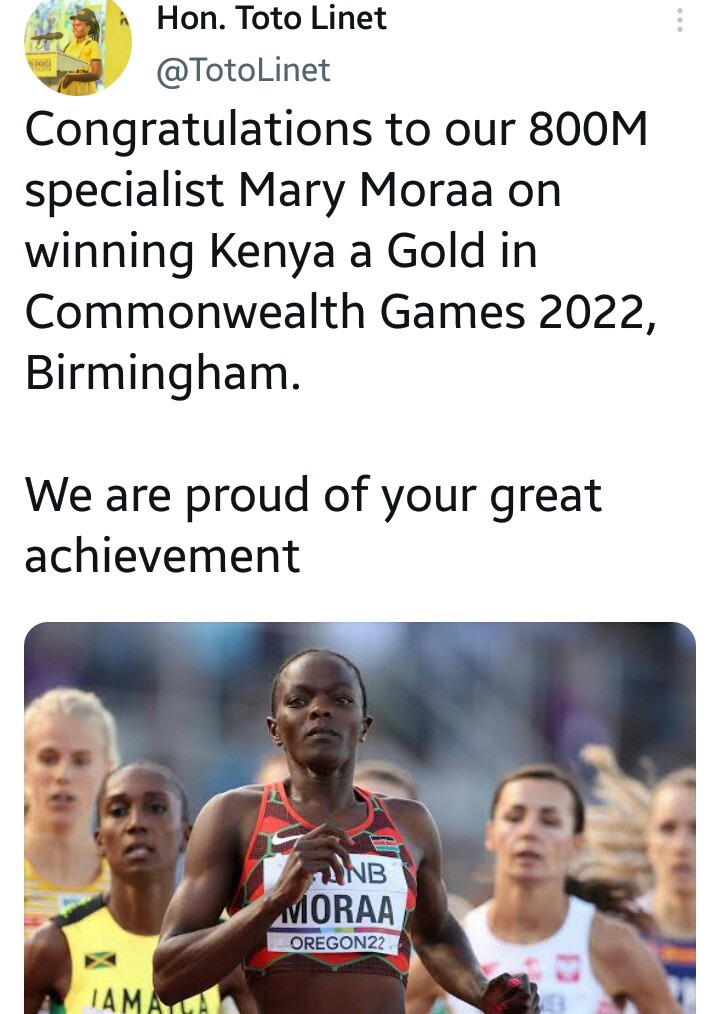 The commonwealth games mostly feature participants from the United Kingdom and her former colonies. Kenyan athletes such as Ferdinand Omanyala have also done well winning Gold in the 100m final. Omanyala made a significant improvement after his poor performance at the World Athletics Championship in Oregon.

He faced challenges such as visa delay only arriving at the tournament a few hours before his race started. However, congratulations to all the athletes who participated irregardless of their performance in the field.