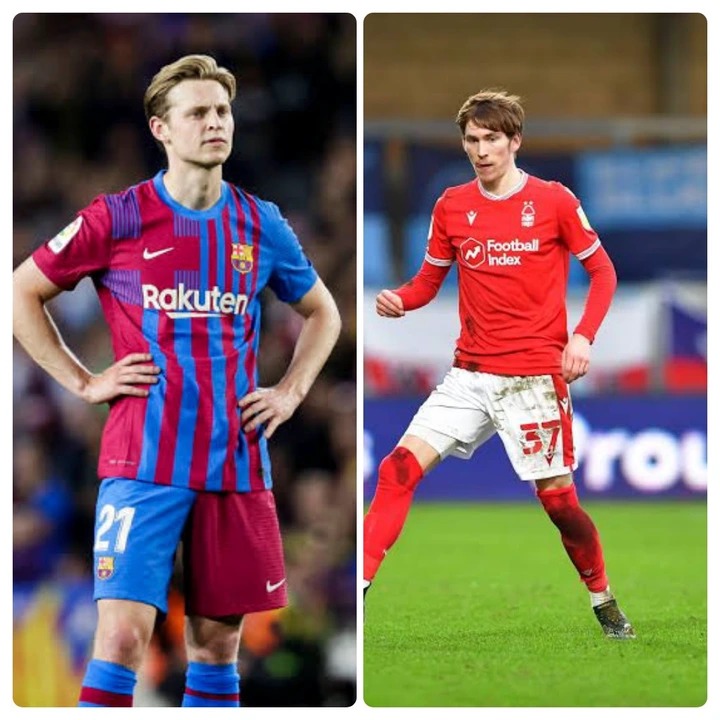 Their games are based on energy, tenacity, and toughness rather than technical skill on the ball, and although both Scott McTominay and Fred have moments of brilliance, such moments are not the foundation of their games. United are desperate to add a deep-lying player who is able to take control of games. A player who can carry the ball out of tight circumstances, make the ideal pass at the opportune moment, and reestablish a feeling of control that had been lost on the side for quite some time.

Even though Manchester United would almost likely need to bring in another midfielder if they had the financial means to do so, signing De Jong would be a significant step in the right direction toward helping them revamp their midfield.

James Garner will also be returning to Old Trafford this summer after a loan stint that was far more fruitful. The academy graduate has been an integral part of Nottingham Forest's amazing season, which has seen the team move from being contenders for relegation to coming within a hair's breadth of automatic promotion under the direction of Steve Cooper. Garner has won a berth on the United roster, despite the fact that the play-offs are yet to come.

From rags to riches, Steve Harvey's story on how he moved from being homeless to being a millionaire

Story Behind These 7 Iconic SGR Stations