Top European clubs will be seeking to sign top players in the summer transfer window with Manchester United set to be in need of a prolific striker.

With Erling Haaland set to join Manchester City, and Edinson Cavani to leave Old Trafford, Manchester United will be in dire need of a striker for next season as they cannot fully relay on Cristiano Ronaldo. 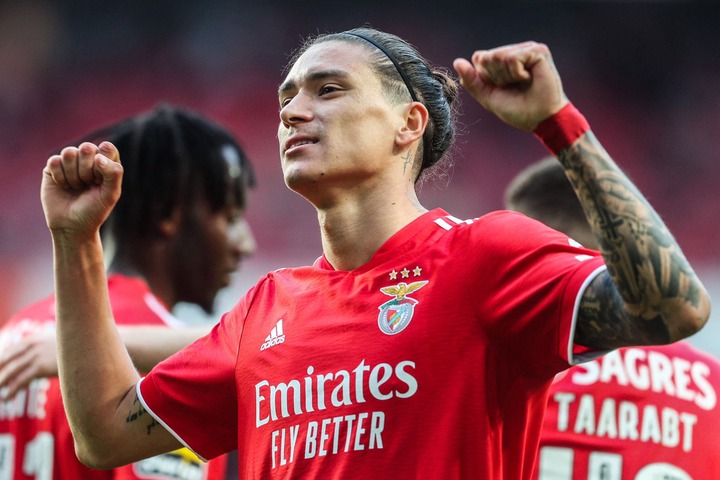 Benfica football club and Uruguay striker Darwin Núñez who has had an amazing season has been linked to Manchester United.

According to reliable journalist and transfer guru Fabrizio Romano, Darwin Núñez has opted to reject a potential move to Manchester United and Newcastle United, even though the Red Devils are willing to pay a whooping €80 million to have him. 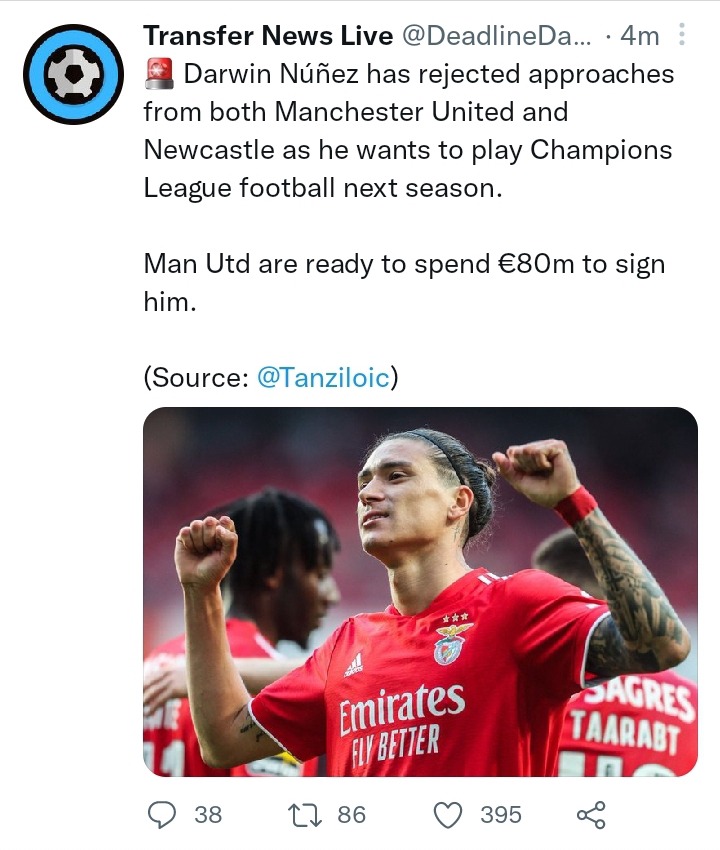 The reports claim that Darwin Núñez is seeking to join a club that will be involved in the Champions league next season which Manchester United won't guarantee.

"Darwin Núñez has rejected approaches from both Manchester United and Newcastle as he wants to play Champions League football next season.

Man Utd are ready to spend €80m to sign him." The reports stated.

Should Manchester United try to convince him?