Top African Footballer That Sacrificed His Mum, Slept With Sister And Aunt To Boost His Career

By KenyaMirror.co.ke (self media writer) | 7 months ago

Shiva N'Zigou arrived as a striker in the famous Nantes youth system in 1998 and played his first senior match in 2002 and spent the 2004/05 season on loan to FC Gueugnon, but after only one season he was transferred to Reims. 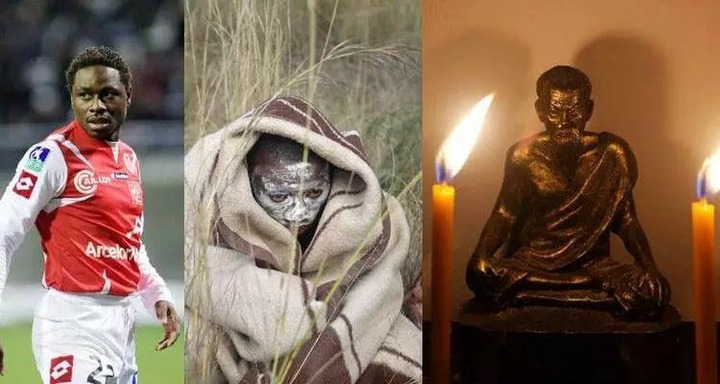 N’Zigou is the youngest player who has ever played in the Africa Cup of Nations.

With 16 years and 93 days, he scored on his debut for Gabon in a 3-1 loss to South Africa at 2000 Africa Cup of Nations and is also the youngest player ever to score in the competition.

However, he admitted in 2018 that he lied about age[2] and that he is 5 years older than alleged.

According to a report by Daily Star, in video footage released online, Shiva N'Zigou, also claimed his mother was killed in a “spiritual sacrifice” to further his footballing career.

The most spectacular claim of all however is that his mother was sacrificed by his father. While GFFN report that it was to keep money made from his son's contract to himself, it has also been claimed that the "spiritual sacrifice" was to further N'Zigou's career while at Nantes

N'Zigou then went on to claim that he has had a number of homosexual affairs and incestuous relationships with both his aunt and his sister.

Content created and supplied by: KenyaMirror.co.ke (via Opera News )

"Rest In Peace" Another Veteran Kenyan Leader Is Dead