Jose mourinho and Frank lampard yesternight during a carabao cup match pitting Tottenham Hotspurs against Chelsea, had to set aside their rosy relationship they have enjoyed for decades when they were involved an ugly touchline spat. 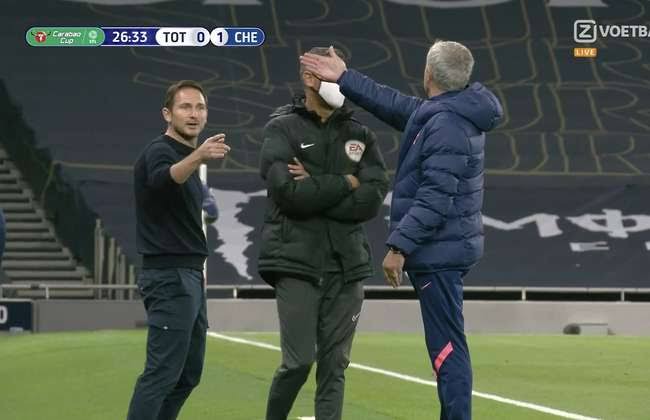 Timo warner had put Chelsea ahead in the early stages of the game following a wonderful finish from the edge of the box with Tottenham Hotspurs seen to be struggling to cope up the lampard's Chelsea young side.

Moments later, with very unclear reasons, the two coaches were seen to engage in an ugly spat of word from their technical areas.

It took the efforts of fourth official, Andre Marriner to come in between the pair prompting to calm down as the game progressed before half time break.

Jose mourinho was seen gesturing that lampard was talking alot and it was high time he shut up however lampard reacted by gesturing at mourinho to receded into his dug out. 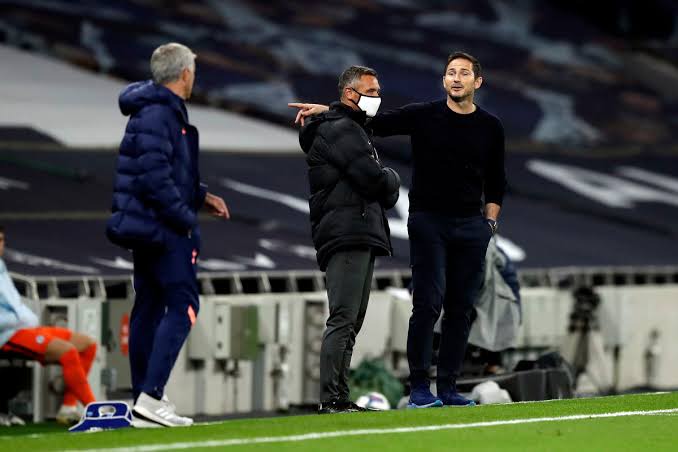 As the game progressed, Tottenham Hotspurs equalised in the dying minutes through Eric lamela throwing the game into post match penalties which Totte won 5-4.

It was mourinho who had the last laugh of the carabao cup show down after the ugly touchline spat.

Mourinho who has today opened and confessed his liking for lampard but warned him to learn coaching reactions. That he must correct him. 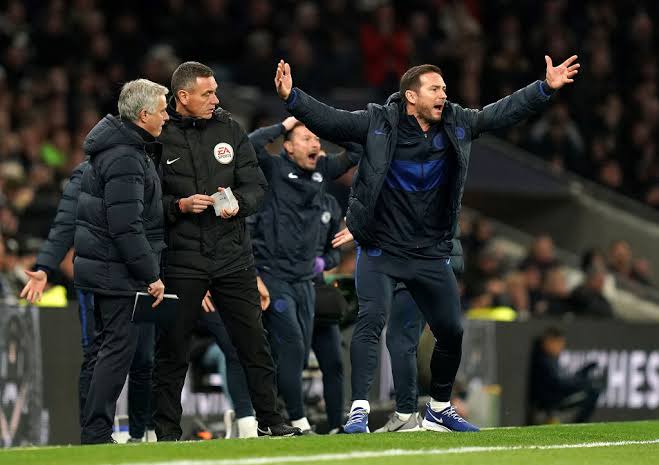 He reiterated that he has seen him lose and was quiet and that he knows football and can't teach him anything but what is remaining is a little bit of touchline decorum.

"I have to teach him to keep calm when his team is winning. I saw him quiet when he was losing 3-0. But when he is winning he gets over excited like his bench seat is burning. I can't teach him anything about football he knows football. But he needs to know coaching reactions as well. I love Lampard i must correct him." Said mourinho. 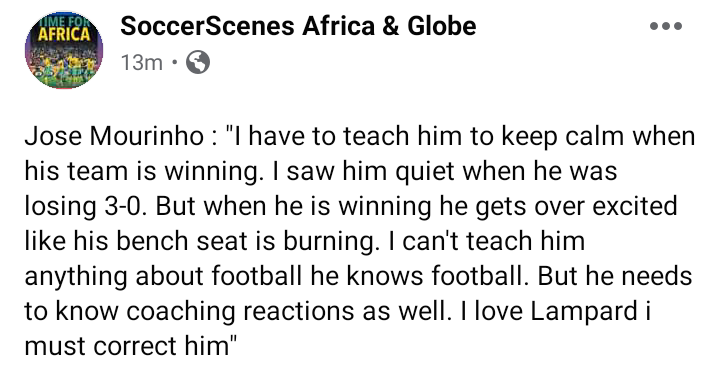 Chelsea has a young team and with patience the team will achieve alot.

Content created and supplied by: Eliakim83 (via Opera News )