What a comeback, Mbappe scores the winning goal as France beat Spain to lift the Trophy 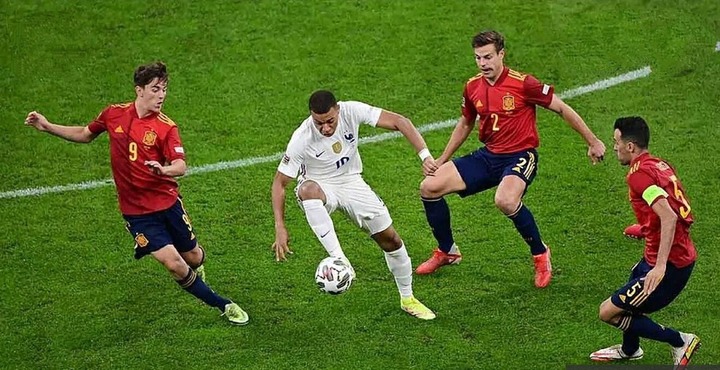 One of the highly awaited matches during the weekend came between the 2018 world cup winners ,France and Spain. The two countries are giants in the soccer field and thus fans were eager to know who claims the victory.

The first half ended in a goalless draw with several yellow cards for both teams. Spain's Oyarbazal opened the scoring in the 64th minute shortly before Benzema equalised for the French two minutes later.

Kylian mbappe secured a winning goal for France in the 80th minute after getting a quality assist from Hernandez. Several attempts by the Spanish failed to yield productive result for them.

The French star who's linked with Real Madrid next summer has been eyed by Newcastle as well after the takeover. Mbappe however appears not to be interested in the move towards the English side following their recent form and performance in the Epl.

The French team has therefore appears to have revived its form after several draws at the beginning of the world cup qualification matches.