Today each English premier league football club will play it's last game of the season. Some of the teams have already known their fate but others will know their fate today.

Some of the teams that will know their fate today are; Manchester city, Liverpool, Arsenal, Tottenham, Manchester United, Burnley and Leeds.

Manchester city are leading with 90 points while Liverpool is second with 89 points, this means that both of them have to win.

The top four finish fight for Tottenham on the 4th and Arsenal 5th is on. If Tottenham loses and Arsenal wins then Arsenal will play in the champions league next season.

If Tottenham wins and Arsenal wins then Tottenham will qualify for the champions league, but both of them have to win to know their fate today. 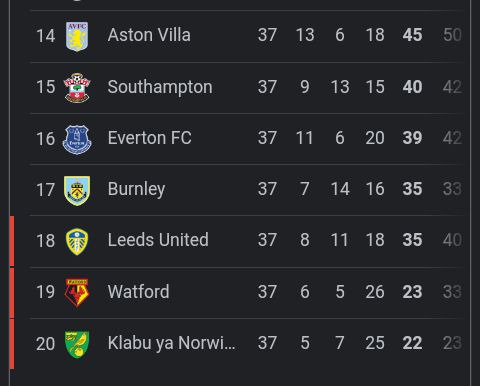 The other two teams that have to win to know their fate are Leeds and Burnley that are on the 17th and 18th positions of the EPL table consecutively. 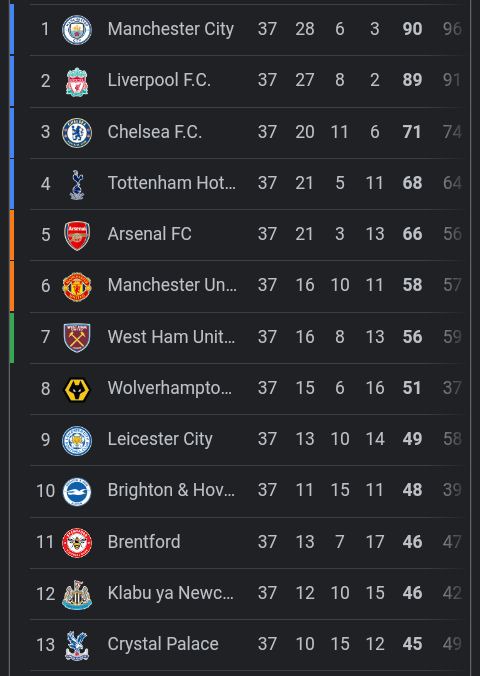 Very Effective Ways To Make Him Miss You, This Will Persuade Him To Miss You More Than Ever

The Most Precious Gift Of All