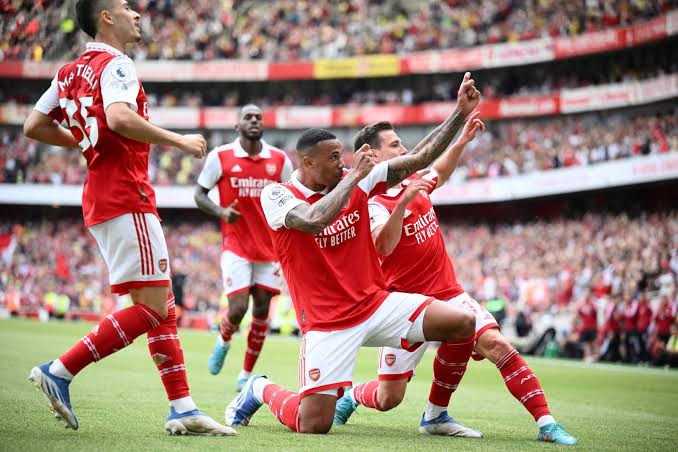 According to "Athletic Journalist" David Ornstein, it has been revealed that Arsenal Boss Mikel Arteta has named two more player who will help their new Skipper Martin Odegaard in managing the rest of the player's. The Gunners boss made Martin Odegaard the captain at the Emirates stadium a few days ago. The midfielder who is also the captain of the Norway national team. 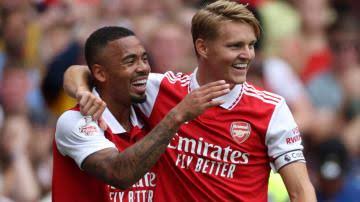 The Gunners have not had the best of luck with Captains in the recent years with Pierre Emerick Aubameyang and Laurent Koscielnt both leaving the club under unclear situations. Granite Shaka was stripped off the captaincy by former Arsenal manager Unai Emery after a tassel between the player and the Arsenal fans. However, the report has revealed that the Arsenal Boss has decided to name Granit Shaka and new striker from Manchester City Gabriel Jesus as other two set of Captains at the Emirates club. 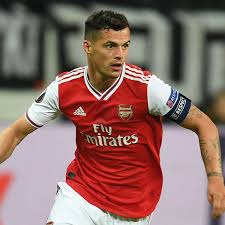 Both Granit Shaka and Gabriel Jesus have been very key to the Gunner's good start to the season. Jesus has already contributed in scoring two goals and providing two other assists while Shaka has also scored a goal and an assist. The two will form the core of Arsenal's leadership group and are set to accept the responsibility of wearing the armband in Odegaard's absence.