Football is back🔥Get all the Saturday fixtures. Time your favorite teams will be playing. 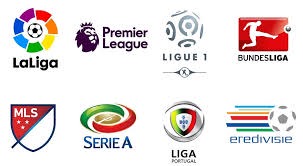 The premier league returns today with Arsenal travelling to Community Stadium to take on Brentford in their first pl match. France league one enters the second week. Netherlands and Spanish league starts this weekend also with big teams having fixtures over the weekend.

Having participated in copa America and euro 2020 many big teams players might have not met the fitness level to take part in this opening fixtures. Especially those who went on and participated in japan Tokyo Olympics 2020.

Many new faves are expected in teams after finalizing transfer to new teams. Top players like Jack Grealish in Manchester city, Jadon Sancho in Manchester United, Lionel Messi in Pais saint Germain, Romelu Lukaku in Chelsea, Rafael Verane in Manchester united, Daka in Leicester, Konate in Liverpool and many more are expected to feature in this weekend's fixtures.

The following are confirmed tomorrow's matches in European top leagues.