By ArntoTu (self media writer) | 12 days ago 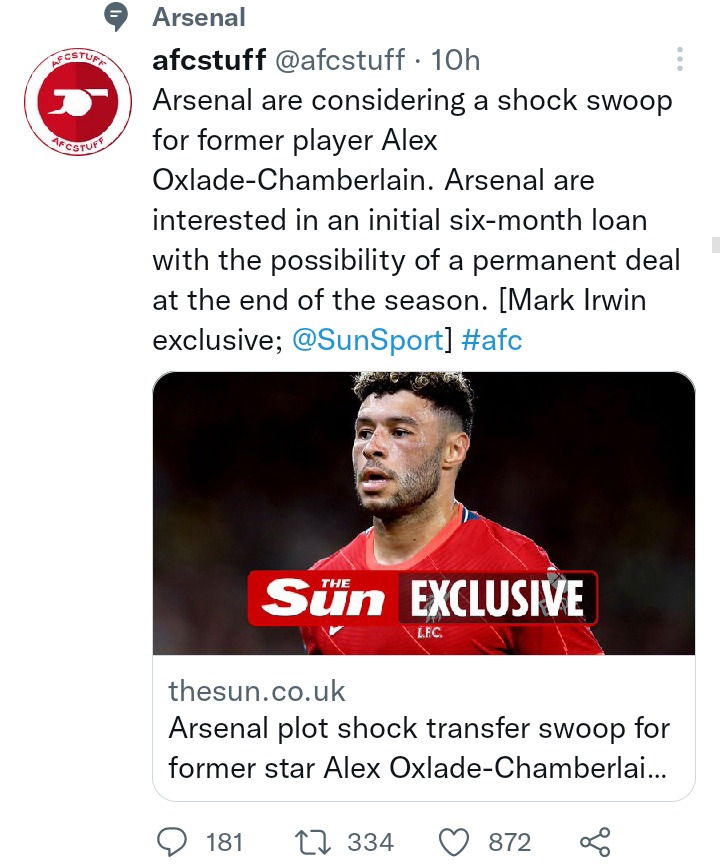 Alex Oxlade Chamberlain has once again been linked with a sensational move back to Arsenal after rumors emerged that the 26-year-old is unhappy at Anfield. Mikel Arteta is believed to be a fan of pacy wingers and Alex Oxlade Chamberlain is very good on his heels especially when playing a counter-attack. At Liverpool however, he is often deployed as a central midfielder which means his game style is thoroughly ineffective.

Arsenal fans have rallied their support behind this move because they believe that Chamberlain will add flair to the Arsenal attack. Liverpool are yet to express their thoughts about these speculations but with the avalanche of talents in the current squad, Chamberlain would barely be missed if he leaves in January or the next summer. 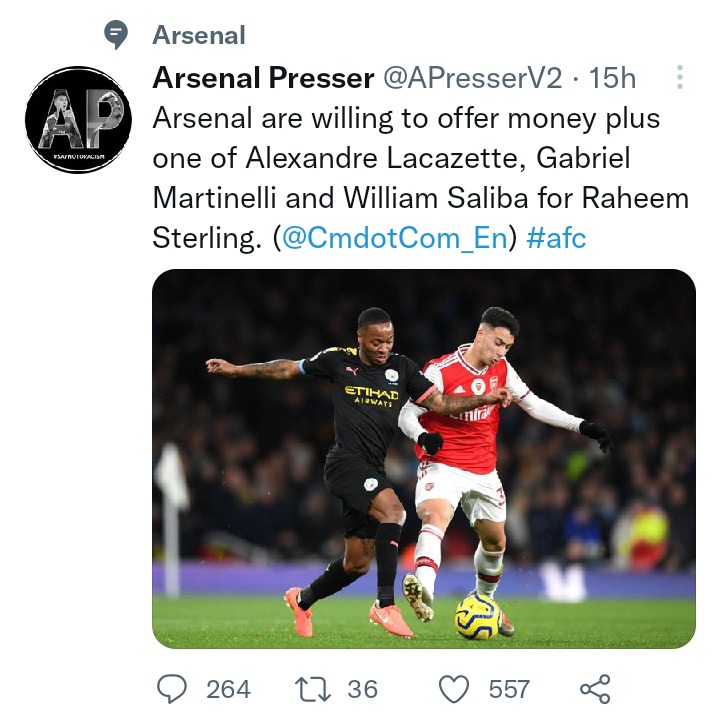 According to news outlet Arsenal presser, Arsenal are willing to offer either Alexander Lacazette, Gabriel Martinelli, or William Saliba to Manchester City in exchange for the services of disgruntled Raheem Sterling. Reports have indicated that Sterling is falling out of favor in the Manchester City squad and Jack Grealish’s presence is only making matters worse for him at the Etihad Stadium.

Sterling has caught the eye of Mikel Arteta who recently admitted that he was among the best wingers in the contemporary football world. This being said, Arsenal are expected to once again launch their pursuit to sign the 28-year-old who will help in sharpening Arsenal’s attacking force. Sterling has however shown disinterest in joining the Gunners. 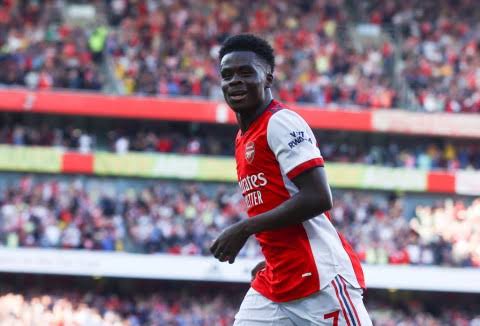 Arsenal fans expect Bukayo Saka to blow up after his brilliant performance against Andorra. Fans have said that Saka should now be considered a stepping stone for the Gunners because he has shown how dependable he is when surrounded by other good players. Pressure will now be on Saka’s shoulders next Monday when Arsenal play Crystal Palace at the Emirates. 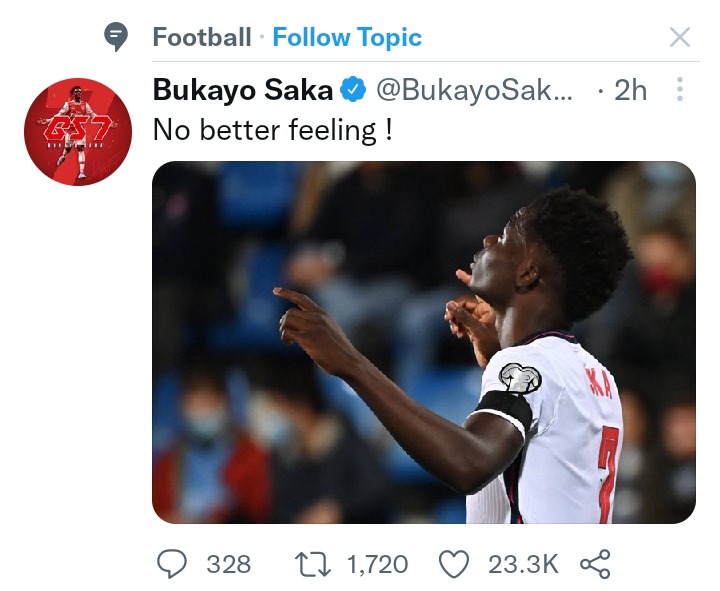 Dr. Alfred Sends a Stern Warning To Uhuru, Reveals Why Ruto, Raila Should Not Be Allowed To Clinch power

Why You Should Take Your Private Life Off social Media