By Dogecoin (self media writer) | 19 days ago

Kenyan international Victor Mugubi Wanyama has today hanged his boots on international football. The footballer said on his Twitter that, "It has been an honor to represent my Country and I think the time has come for me to pass the mantle to the young ones,I’ll always be a of the National Team and their biggest supporter." 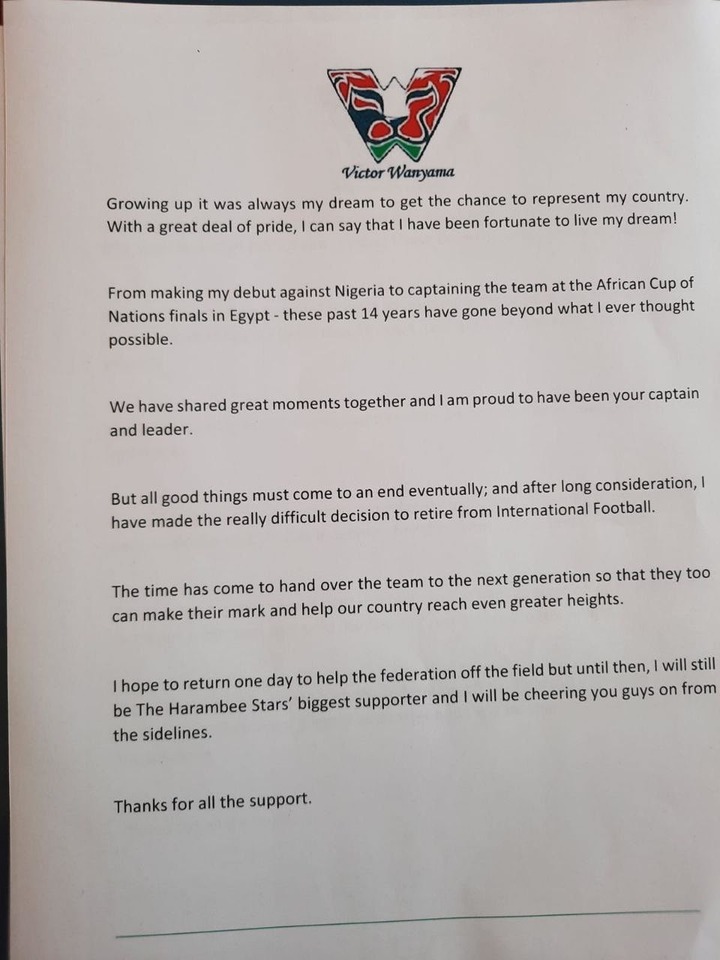 Wanyama made his debut for the national team in 2007 at the age of 15. During his entire 15 year career he only managed 60 caps for harambee stars. 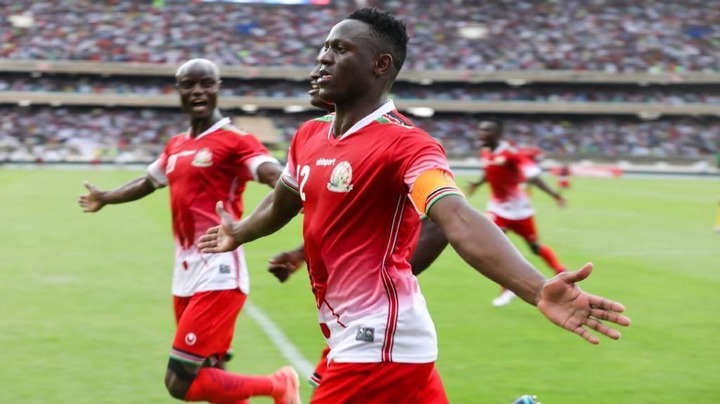 Wanyama has won many historical landmarks for the country through club level football. The 30 year old was the first ever Kenyan player to score in the UEFA Champions League when he scored the first goal in Celtic's 2–1 win over Barcelona on 7 November 2012. On 11 July 2013, Wanyama moved to Premier League club Southampton for £12.5 million making him the most expensive player sold by a Scottish club.

Wanyama who currently plays for MLS side Montreal football club has played for AFC leopards, Celtic, Southampton and Tottenham Hotspur.

Wanyama fell out of grace for the previous harambee stars coach Jacob Mulee during the world cup qualifier matches. The 30 year old who was the captain of the national team did not receive his call up for the Uganda and Rwanda matches. This move is what seems to have prompted the midfielder to call it quits.

Habits in Women That Makes men Lose Interest in a Relationship.