The footballers do not earn only from their clubs, the huge following they enjoy on social media enable them to use their platforms to do million dollar advertisements. On Instagram, players with established accounts earn too much money from just making a single post.

On this article, you are going to know the top ten Instagram earners in the premier league. As you'd expect, the list is dominated by premier league stars from big clubs; Manchester United taking the lion's share with 4 players appearing in top ten.

The 23 year old Manchester United star has done too much to the community which has enabled him earn recognition from all parts of the world. His growing popularity has enabled him to attract advertisers who want to use his platform to promote their products. He in turns gets paid £50, 000 per Instagram post.

The Chelsea and French star is known for his humility and always leaving everything on the pitch. He enjoys great following on Instagram enabling him to earn £51, 000 per advertisement post.

He plays for Liverpool and Brasil national team. He also enjoys great following in the social media due to his style of play ant personality. On his Instagram he earns £55K pet post. 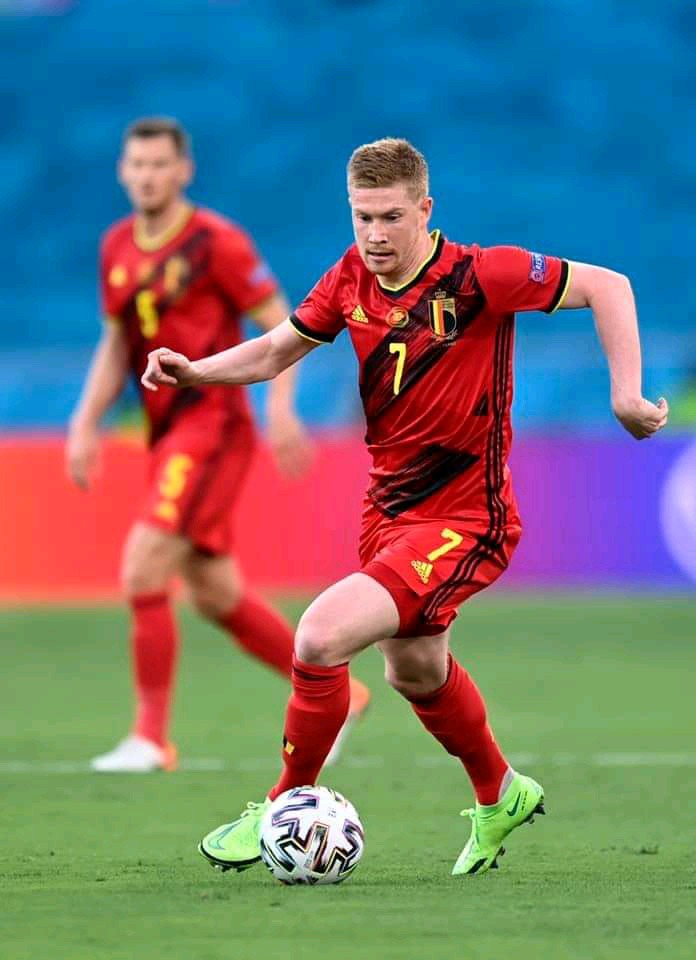 The Manchester City and Belgian creative midfielder is adored by almost everyone. On Instagram he enjoys followership of 15 million. This enables him to earn a total of £64K per post.

Another Manchester City player also earns big on the gram. The Brazilian earns £66K from just a single post on the social media platform.

The central midfielder who recently moved to Manchester United from Real Madrid enjoys Instagram following of 17.3m. From this, he is capable of earning £73K from any advertising post he makes.

The Chelsea defender is also a popular figure on the Instagram after making his name known when he was playing for PSG. He earns £77k per Instagram post.

The Egyptian king who plays for Liverpool is a big social media sensation. He is the most followed African on Instagram with a total of 44m followers. This big audience enables him earn £189k per advertisement post he makes.

The French and Manchester United midfielder is known almost in all parts of the world. He enjoys a huge following of 49.2m people on Instagram. Despite being paid handsomely in Manchester United he earns additional £208k on every Instagram post he makes. 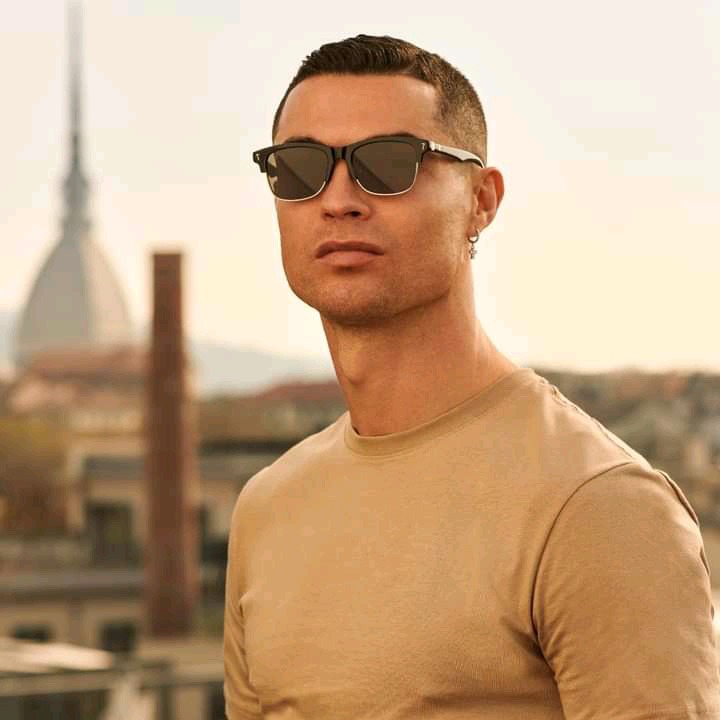 I bet you expected this. He is the most followed person in the world. On Instagram alone, the Portuguese Manchester United man is followed by a whopping 356 million people! He motivates people from all sorts of life with his hardwork and healthy lifestyle. If you want to run an advert on his account, you will have to part ways with a total £1.5m. 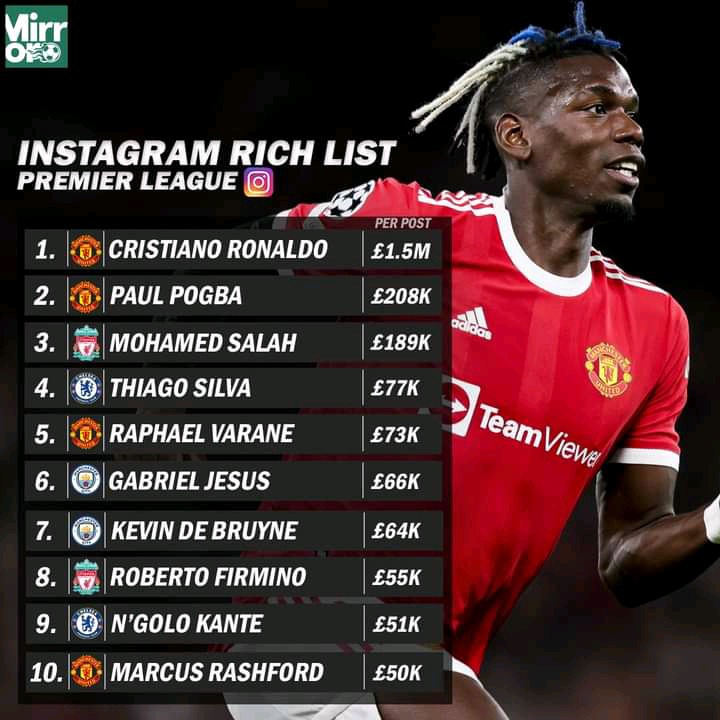 It is important to note that the playhers get paid only for advertisement posts they make, not every post. Don't get it twisted. If the article was informative please leave a comment below. I'd also urge you to give me a follow to enable me establish my account. Thank you