By Hellen-Sports (self media writer) | 16 days ago 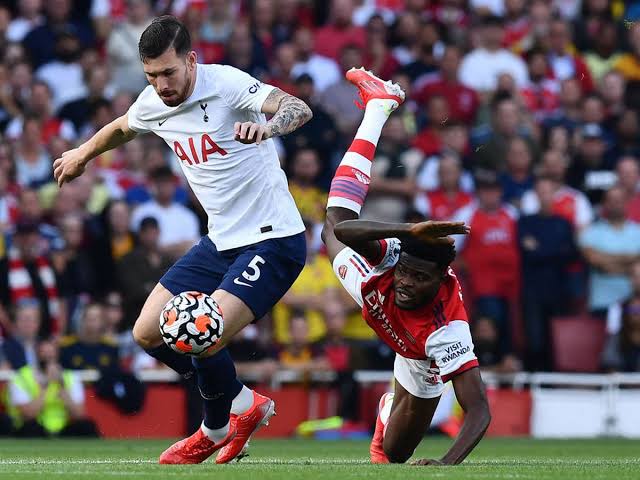 Arsenal fans feels as if they have won the league after embarrassing Tottenham at evening hours thrashing them 2-0 victory. They now moves eight points clear on the top of the league 47 with Man city been the second with 39 points. Majority of fans have predicted Man city to win the league but things seems to change as Gunners firmly sticks at the top. 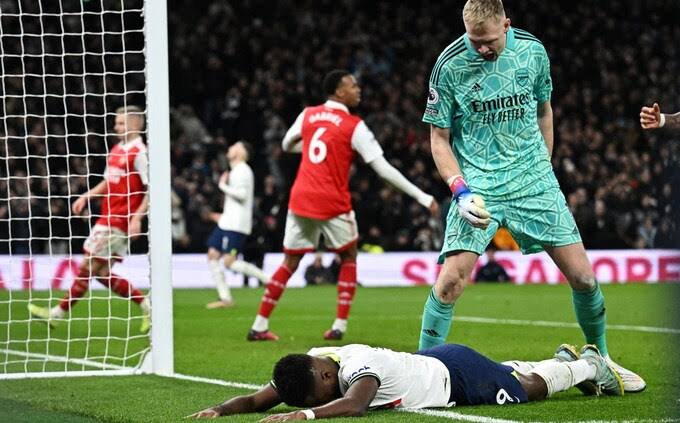 Mikel Arteta named an unchanged side from the one that drew 0-0 at Newcastle as the Gunners looked to do the league double over their bitter rivals. It was a scintillating first half from the Gunners as they were on a different level to Spurs. The dominance was rewarded early after a Hugo Lloris howler allowed Bukayo Saka’s shot to find its way into the net. 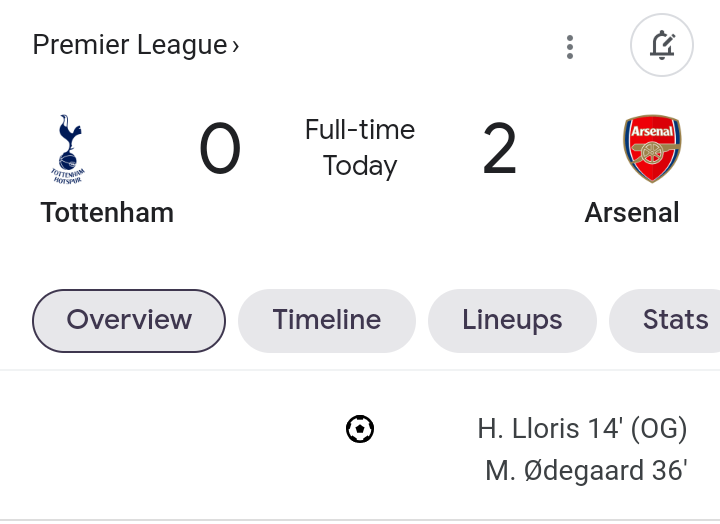 Arsenal next game will host Manchester United which seems to be another tough match which they will be looking to revenge after conceding 3-1 defeat at Old Trafford. If Arsenal wins against United,chances of winning the league are high. 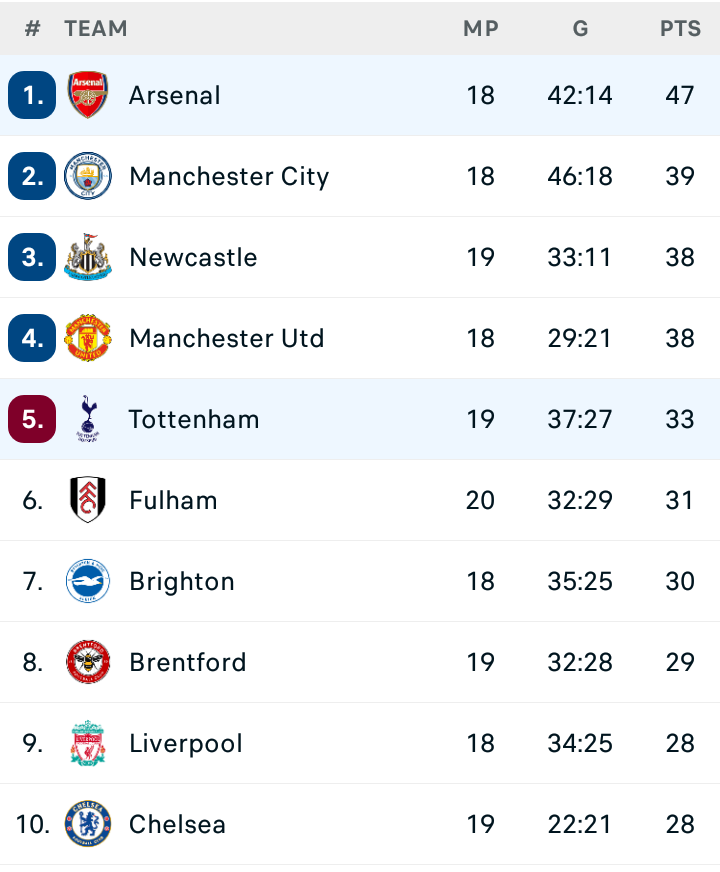 Content created and supplied by: Hellen-Sports (via Opera News )