Players who exacted revenge on their former clubs.

Usually, we see these movement of respect and love for the former clubs that players have played for. Players don't celebrate goals against their former teams and even feel guilty at times. But are those times where the club and players part away on bad terms, leading to an urge of revenge and animosity against each other.

Here are the players who exacted revenge on their former clubs.

When the two teams face each other, he scored on the 3th minutes of the kick off.

He was on his way becoming Arsenal legend when he scored 62 goals for Arsenal in just 2 season he played with them. He later sign to Manchester city on 12 of September 2009.

When the two clubs faced each other, Arsenal fans critiseid him. When Adebayor scored in the 80th minutes for Manchester City, he celebrated the goal infront of Arsenal fans who even mocked him.

In 2020, Barcelona had a big defeat from Bayern Munich in the champions league history where they scored 2 goals and Bayern Munich 8 goals. The situation that made quique to be sacked ad the manager and sighn Komen as the manager. 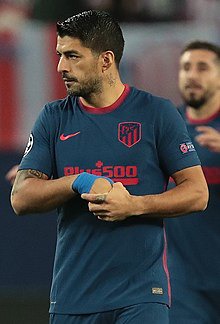 When Komen took over as the manager, he kicked Suarez out of the team and he joined to Atletico Madrid. He showed Komen how important he was by winning the Laliga tittle with Atletico Madrid.

Other players who exacted revenge on their former clubs are Zlatan Ibrahimovich against Inter Milan and Luis Figo against Barcelona. Thanks for reading this article up to the end.