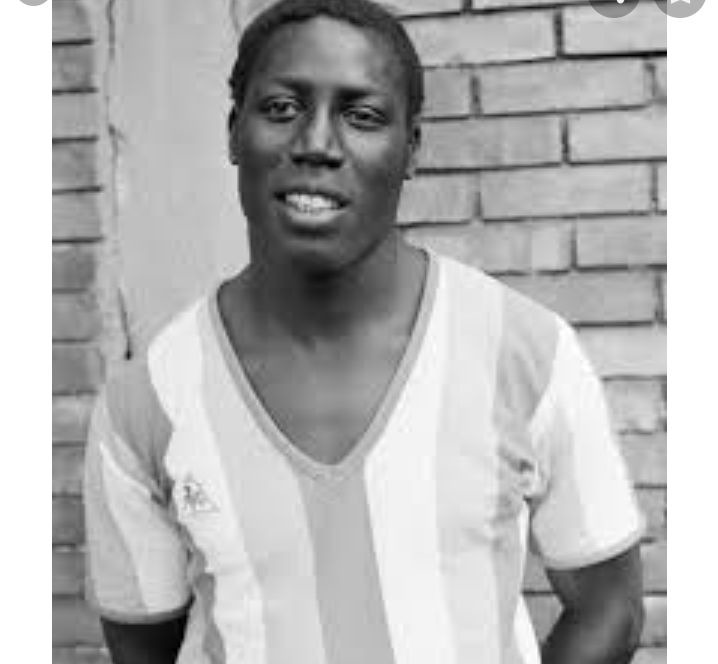 On Monday 6th September, the world of football went numb after the death of former French legendary Jean Pierre Adams after 39 years of being in coma since 1982.

Born on 10th March 1948,in Dakar, French west Africa, Jean played division one for Nimes, Nice and Paris Saint Germain as well as the French national team as a centre back.He won 22 caps for France before his injury.

In March 1982, Jean suffered a knee injury as a result of damage on his tendon and had to undergo a surgery for repair.At that time most staff in the hospital were on strike thus limited number of specialist despite the many patients in need.

In spite of the limitation, Jean's operation went on while the anaesthetist on duty had 8 patients to tend to including Jean.It so happened that during the switching of work between the anaesthetist and a trainee who was helping him, there was an error in supply of anaesthetic which caused a cardiac arrest as Jean was starved of his brain of oxygen leading to a coma.

Jean never regained his consciouness and was discharged 15 months later for home care in the same state of coma.

The trainee and the anaesthetist were sentenced with one month and and a fine of 750 euros in 1990, eight years after the incident.

A perfect sign of devotion was seen in Jean's wife, Bernadette Adams who has taken care of Adams, changing his clothes as well as talking to him and giving gifts every now and then for the 39 years.Bernadette chose to take care of him even though euthanasia was an option .She never considered switching off the support machine despite the fluctuations.

Jean Pierre finally succumbed to the coma on 6th September 2021 at the age of 73 leaving behind his wife and two sons.

Content created and supplied by: EricPrince_02 (via Opera News )

Chebukati Declared His Own Presidential Results, Alleges IEBC Commissioners As They Reject It