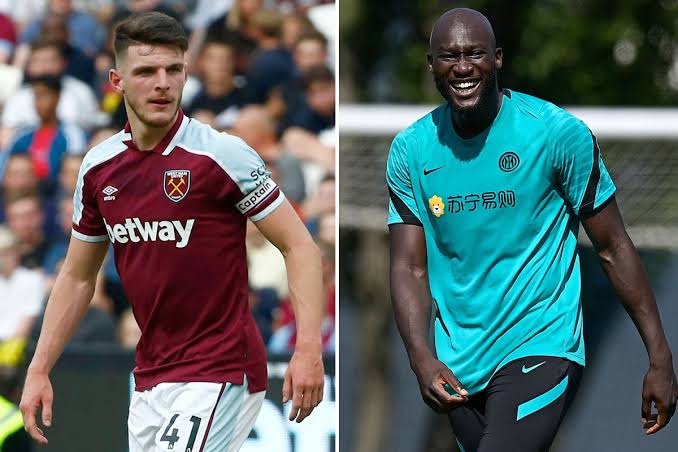 Declan Rice of West Ham has reportedly received a transfer update from the Blues.

According to Dean Jones of Eurosport, Thomas Tuchel still has a chance to lure the midfielder to Stamford Bridge next summer.

The German manager is said to be trying to bolster his midfield, and the England international's versatility allows him to step in at center-back as well.

‘Next summer, Rice is anticipated to be at the center of a three-way battle as Manchester City and Manchester United re-enter the fight to recruit him,' according to the article.

‘Chelsea were viewed as the most likely club to agree on a deal for him this summer, and the player himself was open to returning to the club where he grew up.'

The 22-year-contract old's will expire in three years, and reports claim that he has told the club that he will not sign a new contract and that he should be informed of any potential bids.

The commentator backed the Blues' creative players to create more chances for the Belgian forward on TalkSport.

‘When you look at Chelsea and how many goals they score, I believe a lot of them will go through Lukaku,' Bent stated. ‘Ronaldo may not play every game, but if Lukaku is fit, he will play.'

The 28-year-old has had a strong start to the season for both club and country, having just completed his 100th game for Belgium.

‘If you look at Lukaku, Chelsea brought him in with a specific goal in mind: he has to play,' Bent added. ‘For me, that was the missing jigsaw piece.