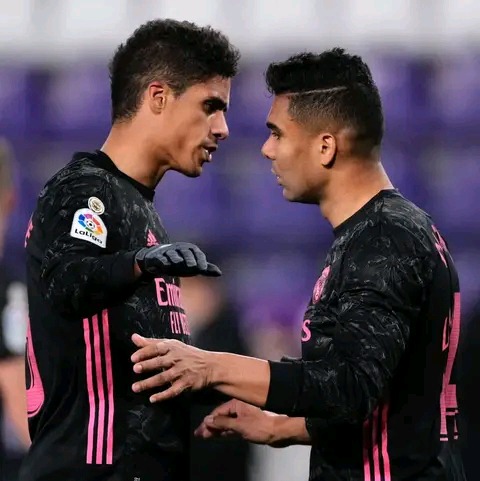 Rafael Varane move to Manchester United last summer after serving Real Madrid for many years. He has not had the season he expected as his playing time has been hampered with a lot of injuries. Varane is looking to put those his injury woes behind him this season and be able to help the team win some titles.

Rafael Varane could be a happy many following the news that Manchester United were signing on of his former teammates at Real Madrid Casemiro.

Manchester United have been playing for many years without a recognize defensive midfielder for many years. This has always brought them alot of problems as they cannot take control of the game and their defence is always exposed to attack leading to United conceding too many goals.

So far this season, United have conceded six goals from two games. This could be the reason Ten Hah has pushed the United board to sign for him one of the experienced player in the form of Casemiro.

The 30 year old has played more than 500 club football with 66 matches at the international level for Brazil. He will come with alot of experience in the Manchester United team. Casemiro is set to join Manchester United on four year contract with an option of another one.

Casemiro is set for his medical this weekend before United take on Liverpool on Monday. Many of the United would have wanted to watch him take on Liverpool but he is not able because he can't be registered in time for that match. 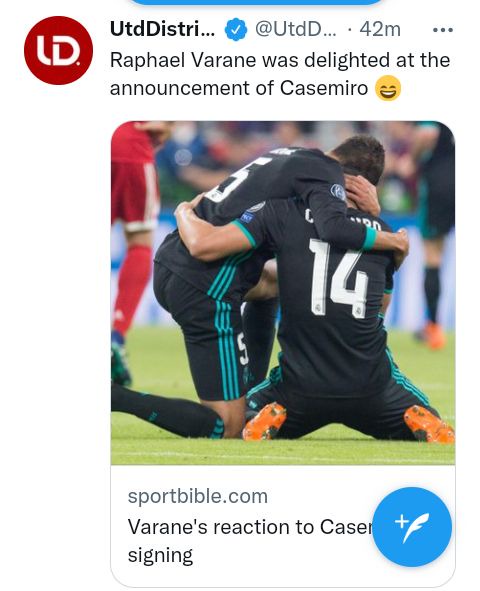