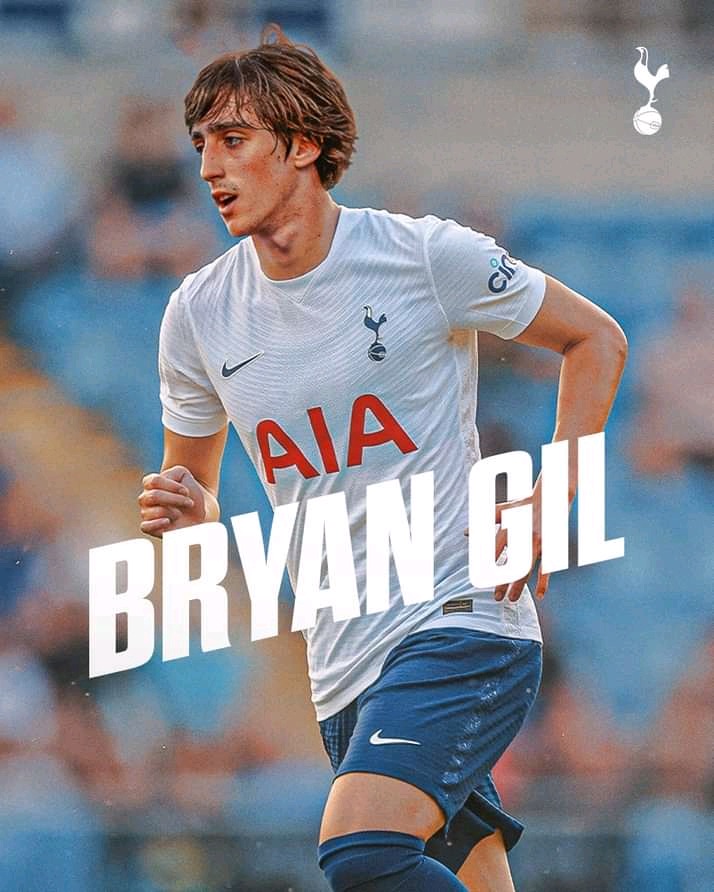 Real Madrid's defender Raphael Varane his deal to Manchester United is almost a done deal according to Fabrizio Romano. Agreement between the two clubs is in advanced final stages, just few final details to be completed and paper works time will be concluded in the next few hours. Varane has a total agreement with the united side on personal terms, official confirmation will be in few hours coming. 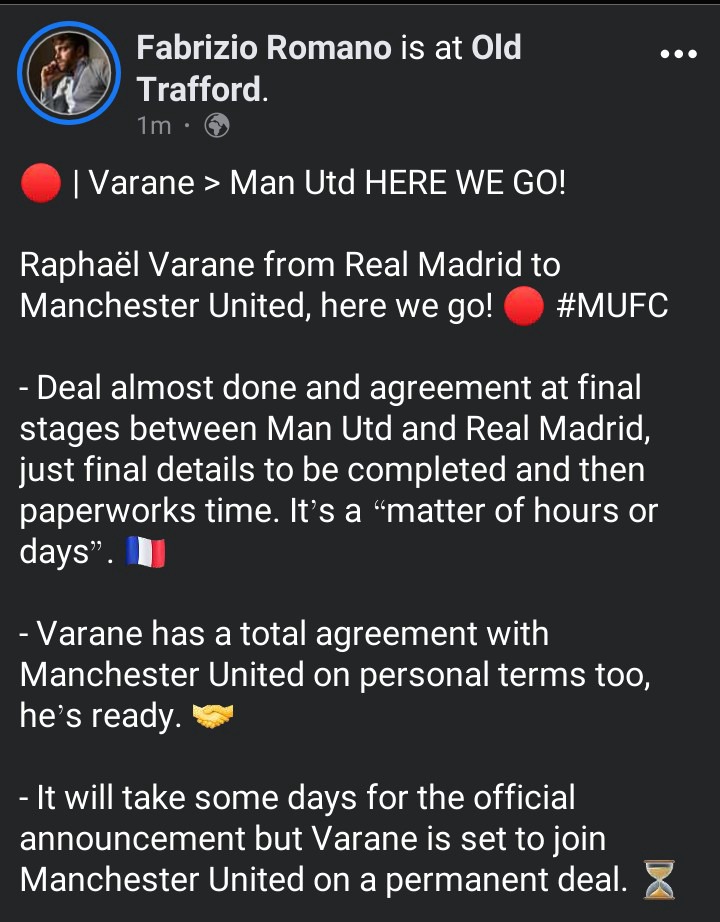 There is no official communication from the spurs board on the rumours of Spurs striker Hary Kane on moving from London with clubs like city, united and Chelsea reported to have interests, but city have high hopes after meeting the player's wage requirements. 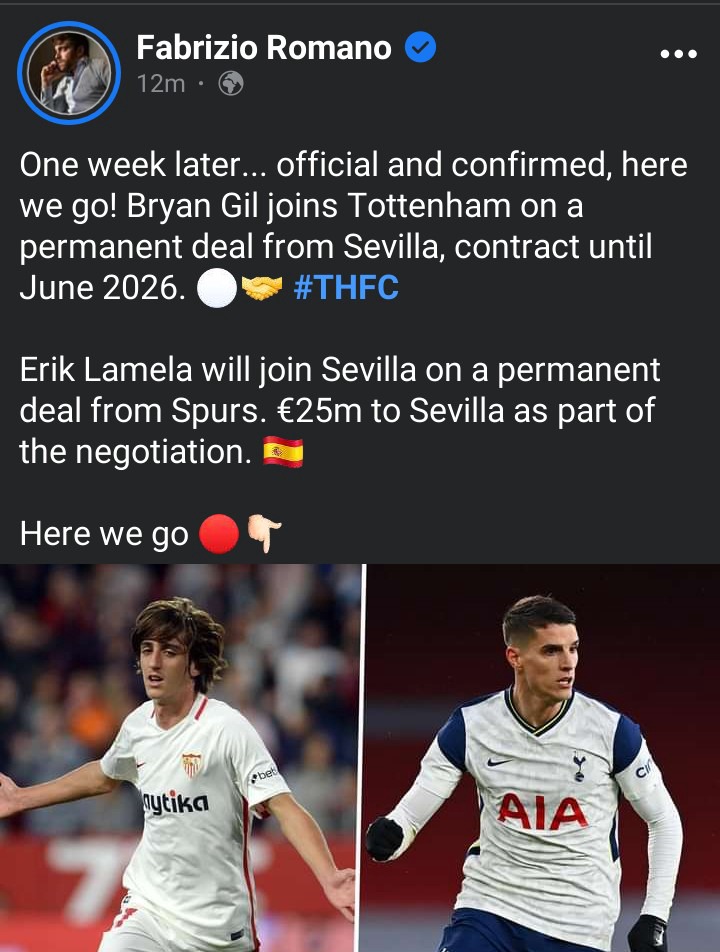 Football London has revealed a celebration hint of Arsenal players Pepe and Thomas Partey who celebrated with a symbol of letter 'M' for the 4-1 win against Millwall on Saturday last weekend. This could probably mean that Madison is on his way to Arsenal club with Leicester bid of £60m still not reduced. The Leicester star is a top target for the Gunners this summer. 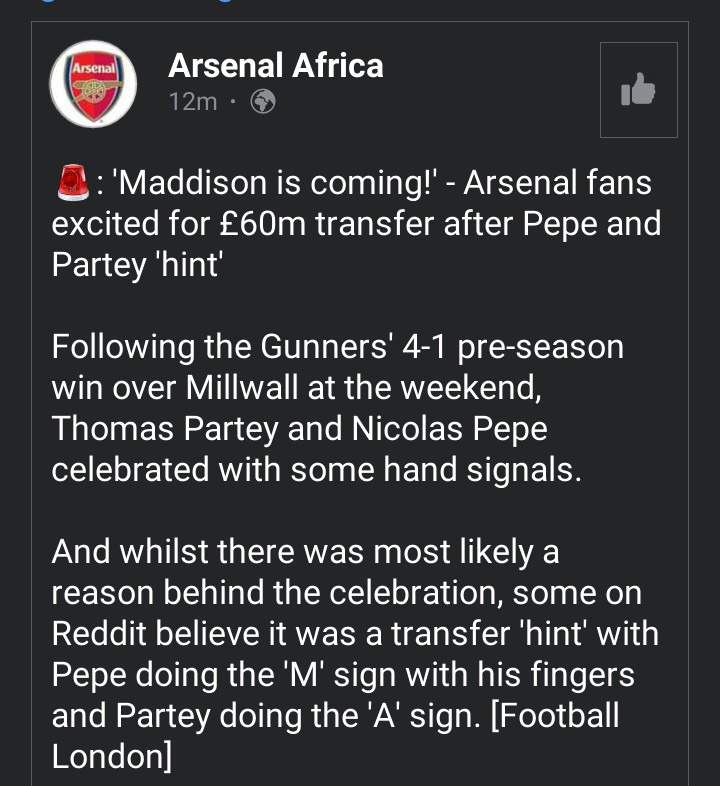