Newcastle Overtakes Manchester City To Be The Richest Club In EPL: Here's The Top 10 List 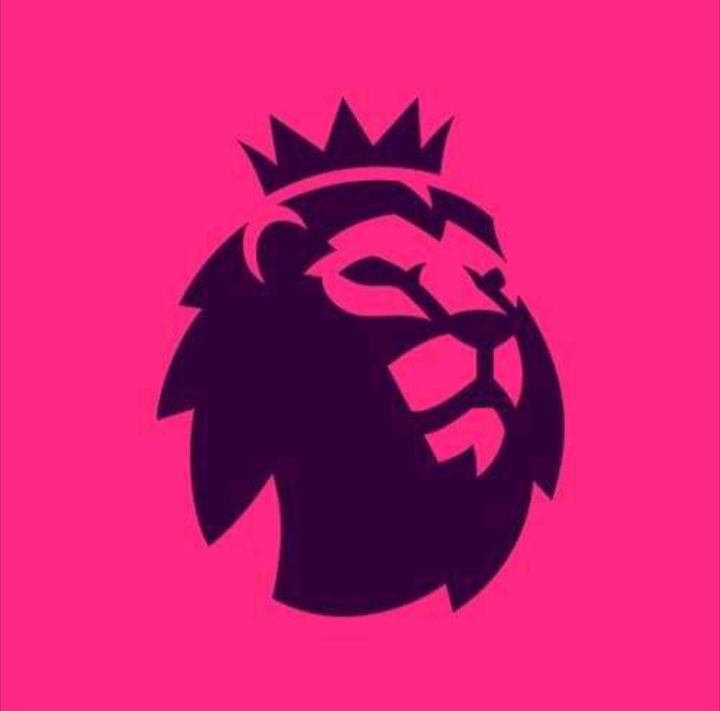 English football clubs are the most richest in the world in terms of their owners. It is always assumed that a club is as rich as its owner. That's why recently Newcastle United has risen to the top to be the richest club not only in England but the entire world.

You are probably asking how's that possible provided Newcastle is currently in the EPL relegation zone after a difficult start to the season. There has been a disharmony around the club since the owners did not have a good relationship with the fans.

This situation is likely to change since on thursday, the club confirmed a Saudi based firm, Saudi Arabic Public Investment Fund has bought the club and its 100% entity. These new owners are filthy rich as they are worth more than £320BN! More than any other club owner in England and that's why Newcastle is rich all of a sudden. 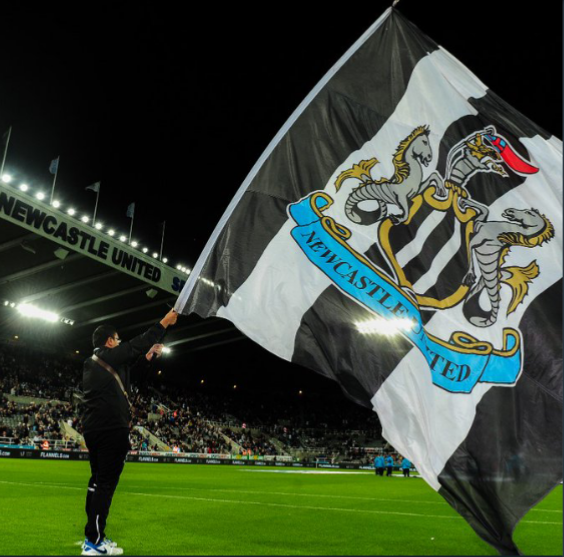 There are even speculations going round that Newcastle United will soon rise to the top 6 in the premier league since now they will have capability of buying world class players and signing a better manager than Steve Bruce.

Manchester City rose to glory through that channel after it was bought by a rich family. They used millions of euros to strengthen their squad buying world class players and also got hold of one of the best managers in the world, Pep Guardiola. Since then they have won a couple of trophies and have risen to one of the best clubs in European football.

Now let's look at the top ten list of the richest premier league clubs according to their owners. On the first position is Newcastle United whose owners, Saudi Arabia Public Investment Fund has a networth of £320BN. Man city are second as their owner Sheikh Mansour is worth £23.3BN.

Chelsea is third, it is owned by Russian tycoon Roman Abramovich whose networth is £9.6BN. Arsenal is number four, it is owned by Stan Kroenke having a networth of £6.8BN. The fifth richest is Wolves United whose owners Guo Chuangchang is worth £5.2BN.

Wolves are followed closely by Aston Villa owned by Nassef Sawiris worth £5BN. Leicester City is seventh since their owner Aiyawatt Srivaddhanaprabha is worth £4.6BN. Tottenham is number 8 courtesy of their owner, Joe Lewis whose networth is £3.9BN.

Manchester United come 9th as their owner, The Glazers are worth £3.6BN. Closing the list is Southampton owned by Gao Jisheng worth £3.1B. 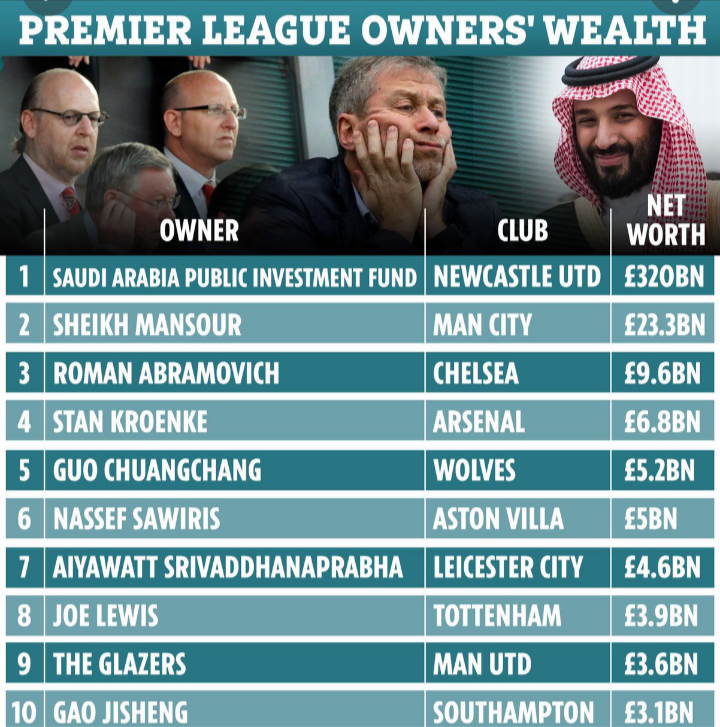 It is important to note that however rich a club owner can be, he can't use cash excessively to buy players without considering the financial fair play rules. If you find this article informative, please leave a comment, follow and share. Thank you.