By Annnjeri (self meida writer) | 24 days

Arsenal could be in the market for a striker should they decide to part ways with their current number nine Alexander Lacazette whose future at the club remains uncertain as he is yet to agree to a contract extension.

The former Lyon man has a year to run on his current contract and has been linked with a move to Spanish side Atletico Madrid who are long-time admirers of the player having tried to sign him during his time in France.

Celtic's Odsonne Edouard and on-loan Atletico Madrid striker Moussa Dembele have been linked with moves to the Emirates based outfit in the summer but their could be a new replacement being lined up. 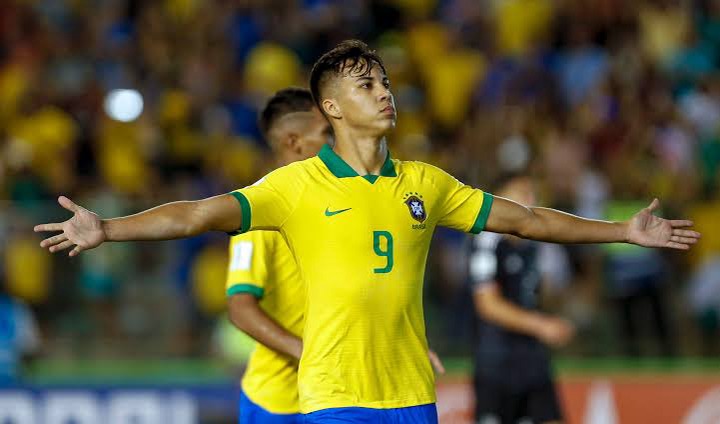 The gunners technical director Edu Gaspar is set to explore the South American market yet again having been successful with the signings of Gabriel Martinelli and Gabriel Magalhaes from his native Brazil.

Santos striker Kai Jorge could be the striker to solve the scoring conundrum for the Mikel Arteta led side with the teenage sensation christened the next Andriy Shevchenko because of his goalscoring ability.

"He has technique, movement and, above all, he is a goalscorer.Who does Kaio Jorge look like? In him I see a little of former Argentina star Abel Balbo and a little of Shevchenko.” his coach said.

According to Calciomercato and Tuttomercatoweb, as cited by the Mirror, Arsenal have already made inquiries about the striker with the Brazilian side said to have demanded at least £18m for the player who is also on the radar of Italian side Napoli.

Black Monday After ODM Announcement On The Death Of Politician Midiwo