By Governorofdiaspora (self media writer) | 1 month ago 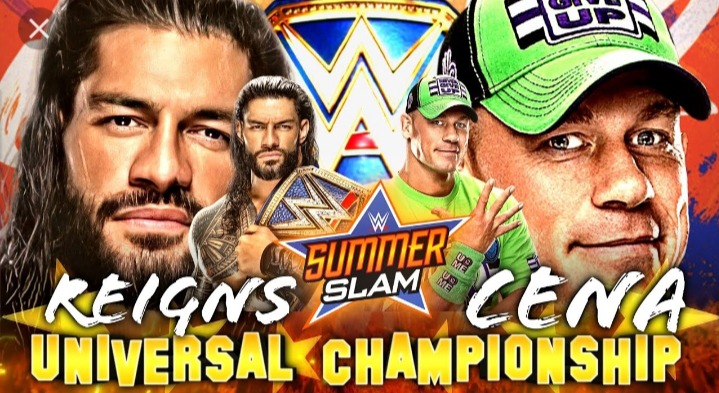 Long awaited match between the WWE universe champion Roman Reigns Vs John Cena. The wrestling schedule to happen on 21st August 2022. This match is has been the talk in town. John had a successful career in the WWE before taking a break and venturing into the Hollywood where he also doing very well. He has made a return to where it all began, could he make a memorable come back.

John Cena have the highest winning more than any other wrestler in the world. He has won 1731 matches out of 2180 matches.What an impressive record with the person who is following him closely is the retired wrestler Undertake who won 1669 matches. Will John Cena make it 1732 matches tomorrow when he will be facing the world universal champion Roman Reigns. Let's wait and see.

The current WWE universe champion Roman Reigns is one of the greatest wrestler that is loved by many people across the globe. Will Roman Reigns beat 25 world champion.

The spear technique used by Roman Reigns is loved by many people, some of his fans say that he one of greatest world wrestler ever been. Roman Reigns have won 300 consecutive matches, but tomorrow match is a tough match to him, will this smart record continue.

Content created and supplied by: Governorofdiaspora (via Opera News )