Excl: Brentford are set to sign Aaron Hickey on permanent deal. Scottish talented fullback will join for £14m plus add-ons to Bologna. Five year deal agreed… and here we go.Hickey will travel to England next week in order to undergo medical tests and sign. 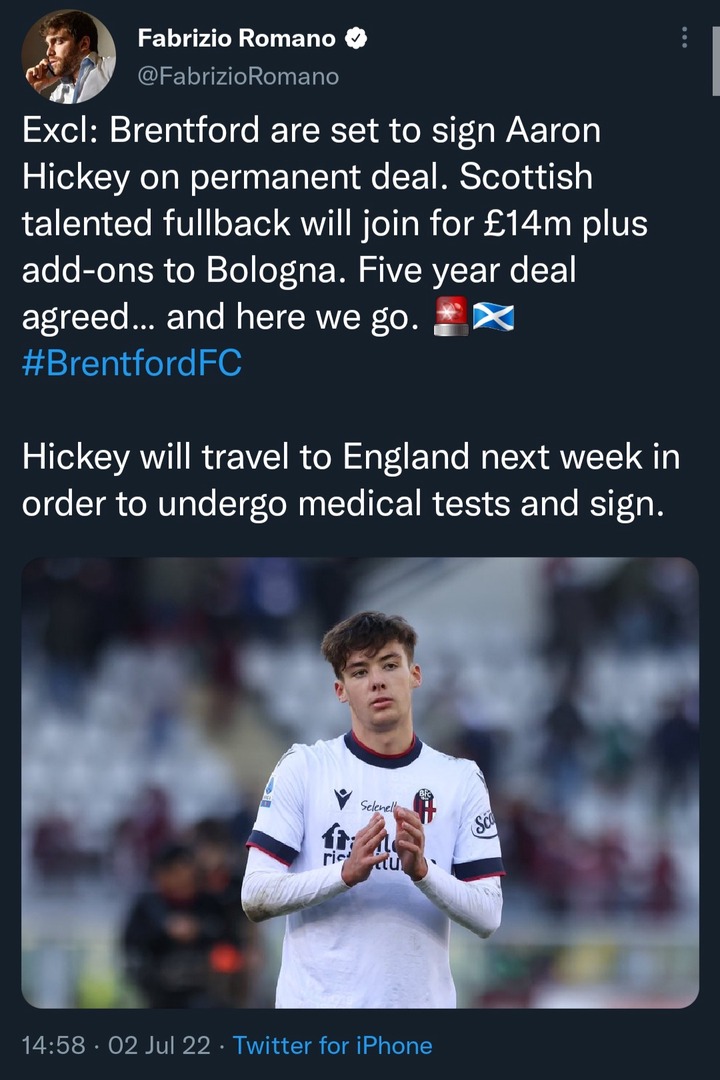 Nicolás Tagliafico, expected to leave Ajax this summer as many clubs are interested in signing him. Olympique Lyon are in the race, after twists of Malacia deal.Brighton and also one more club from Spain want Tagliafico. Decision to be made soon. 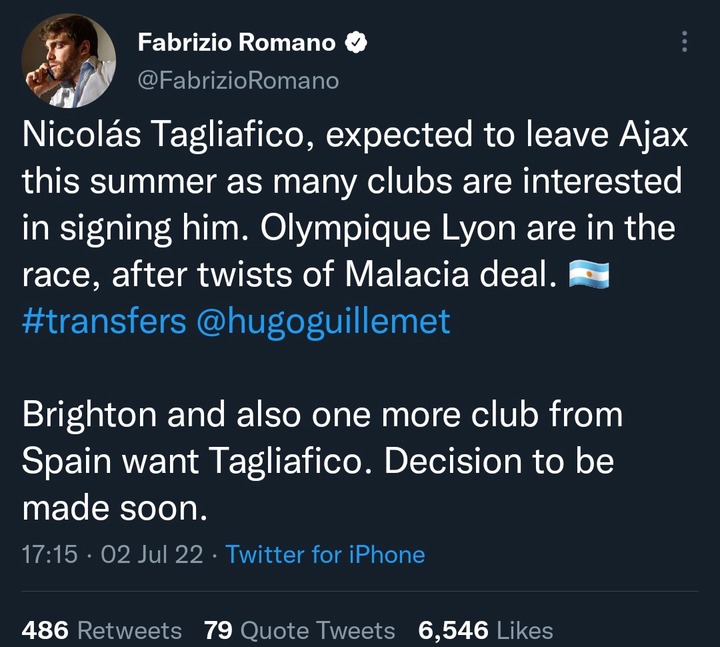 Nottingham Forest are getting closer to signing Moussa Niakhaté, deal at final stages. Agreement in principle with Mainz on the fee - some details to be sorted out.Niakhaté, expected to become the next signing after Awoniyi, Dean Henderson and Giulian Biancone. 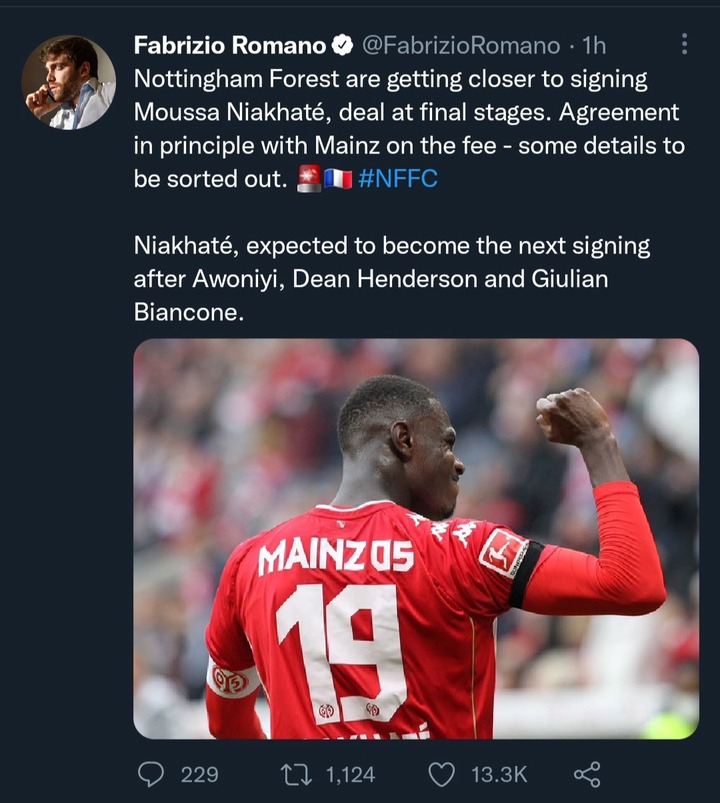 Official, confirmed. James Tarkowski joins Everton on a free transfer - first signing completed for Lampard this summer.Contract will be valid until June 2026. 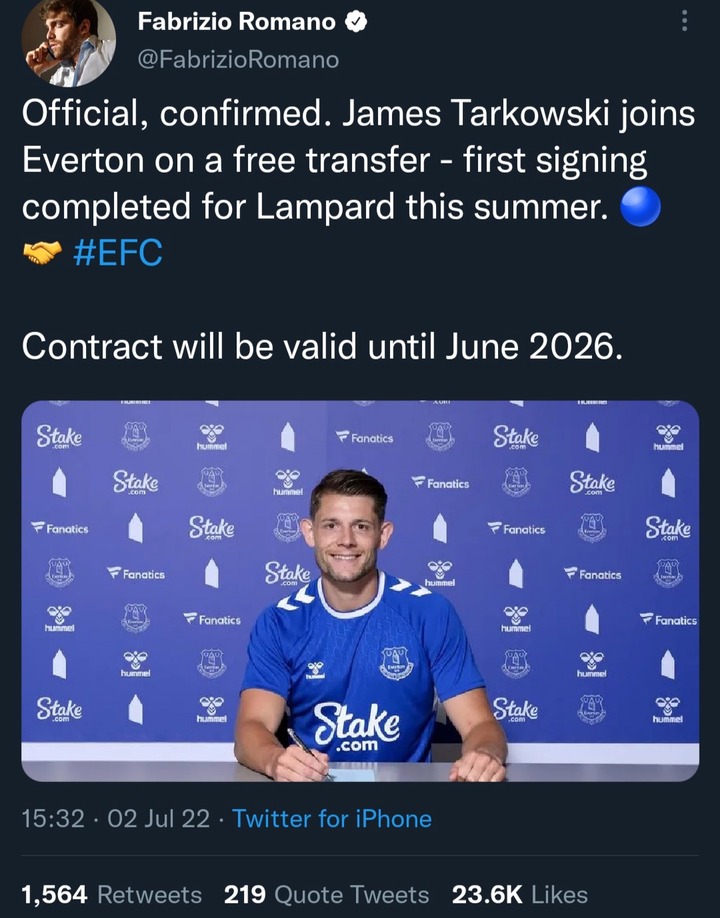 Manchester United have been chasing the signing of Frenkie de Jong for a long period of time.De Jong signed for Barcelona from Ajax Amsterdam two years ago for €75m.After the appointment of Eric Ten Hagg he has showed alot of interest in signing the star Player.

As per reports, De Jong ID reluctant to moving to Manchester United this summer as he sees himself at Camp nou for a long time.De Jong feels Xavi's project is better than that at Man United.Man United have offered €75 m to sign the player but it's not already done. 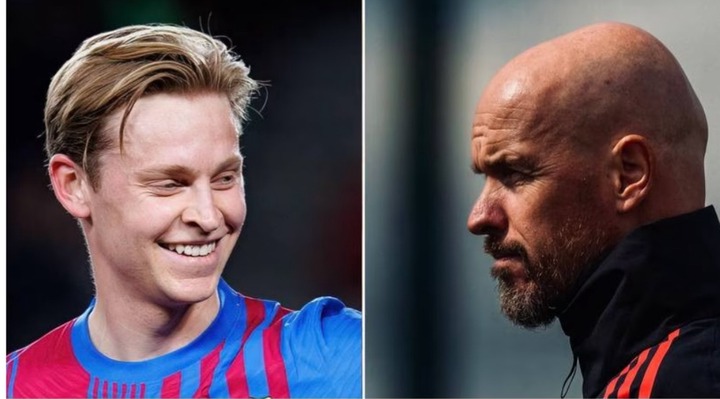 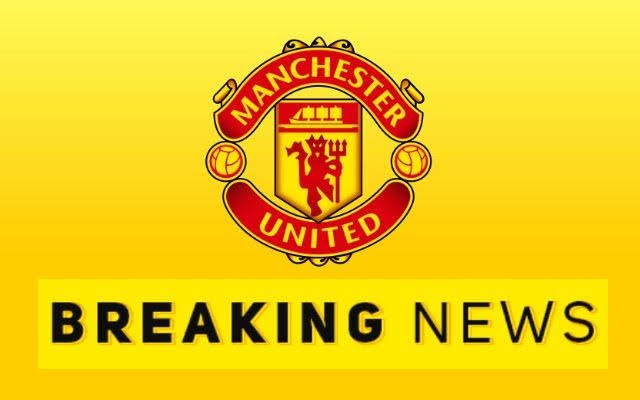