By SportsAnchor (self media writer) | 29 days ago 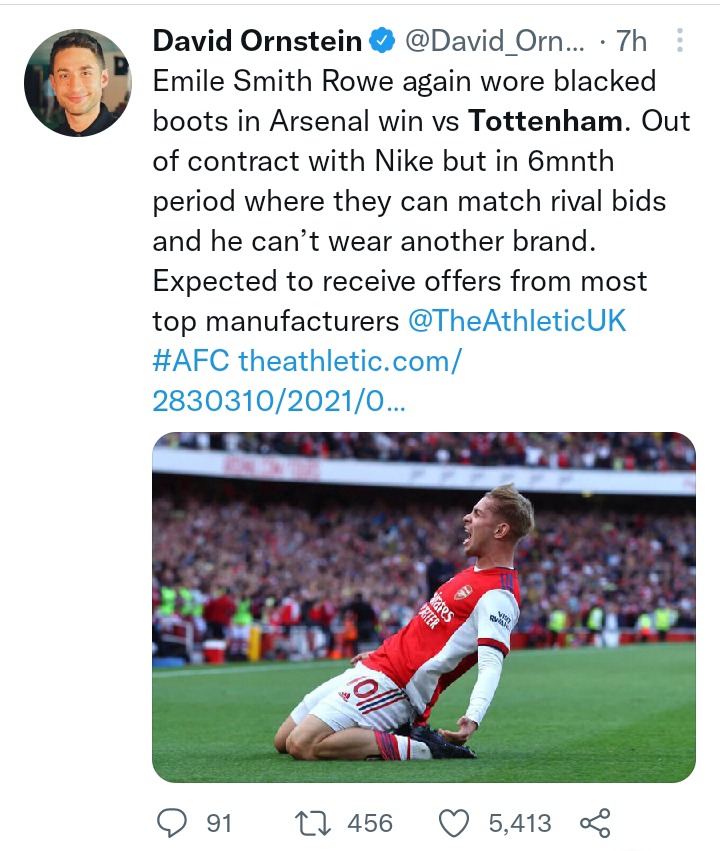 Emile Smith Rowe’s growing fan appeal is slowly attracting endorsements deals for him and he may soon start earning tenfold of what he is currently earning at Arsenal. The only contract he had was with Nike but it expired months ago when the season ended.

However, according to the clause attached to the contract, he is not to wear any other boot brands for the next six months. It is rumored that his agent has been consulting and convening with other companies who are interested in making Smith Rowe their brand ambassador. No specific company has been disclosed, but rumor has it that Emile Smith Rowe has already picked a brand which he is going to represent starting January. 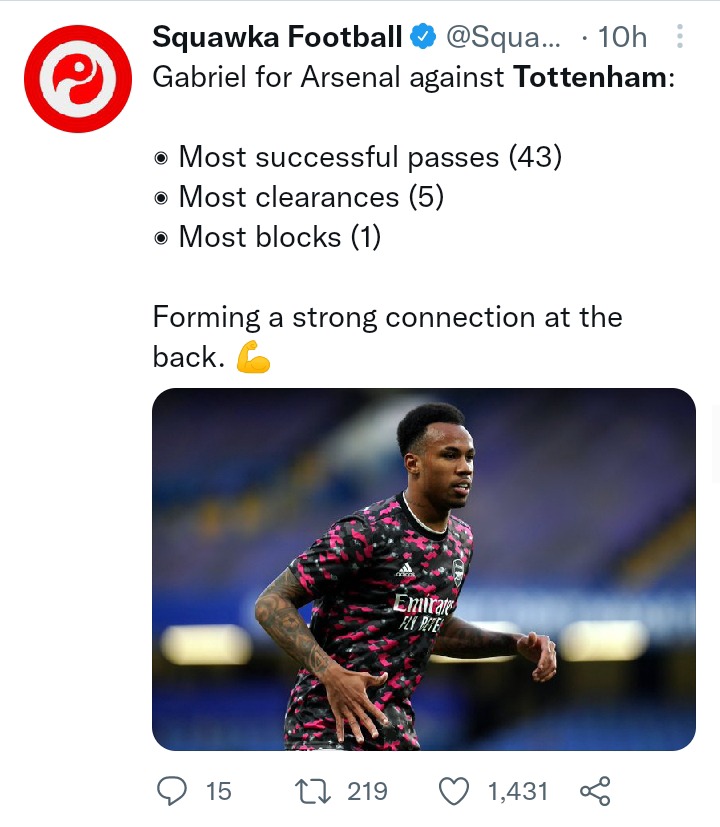 Brazilian defender Gabriel Magalhaes has been a diminutive presence in Arsenal’s defense ever since he came back from a knee injury. Since his return, Arsenal have only conceded one goal (Son’s 78th-minute consolation goal yesterday) in three matches. He has made several heroic blocks to ensure that Arsenal concede the fewest of goals in the league. 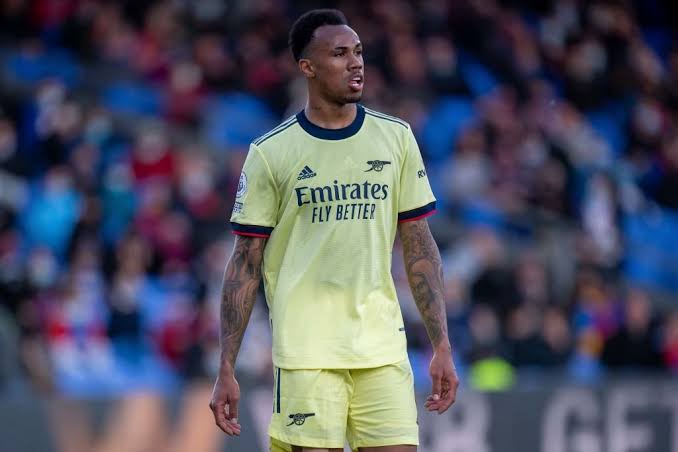 Against Tottenham yesterday, it was the same, registering more defensive positives than any in-field player between both teams. His defensive track record has earned him Arteta’s preference over Pablo Mari who is also impenetrable to some degree. He is definitely Arsenal’s first eleven but is however prone to injury and making unnecessary fouls. Arsenal fans now hope that he will be Arsenal’s anchor as the season progresses. 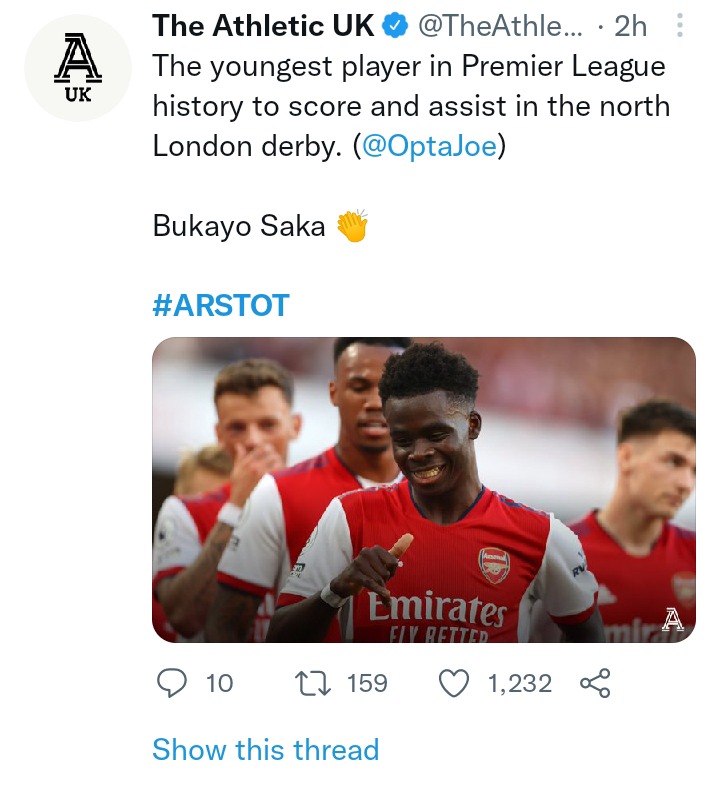 Bukayo Saka’s masterclass performance against Tottenham is bound to go down in history after it was reported that he was the youngest player to ever play, score and assist in the North London Derby. Saka (20 years 21 days) has now surpassed Cesc Fabregas who had set the record at (20 years 258 days) in October 2009. Fans expect that Saka’s off-the-mark goal will set him astride to many other goals as the league continues.