The last match of round three of the premier league was played on thursday and now we have some changes in the table. There are teams which have started well into the new season while some are having it tough getting poor results.

On Thursday there was one match played. Nairobi City Stars hosted Wazito FC at Thika grounds. The host's fine form since the start of the season continued after they clobbered Wazito 3-1 thanks to goals from Kennedy Onyango, Timothy Ouma and Rodgers Okumu. Michael Owino scored the consolation goal for the visitors. 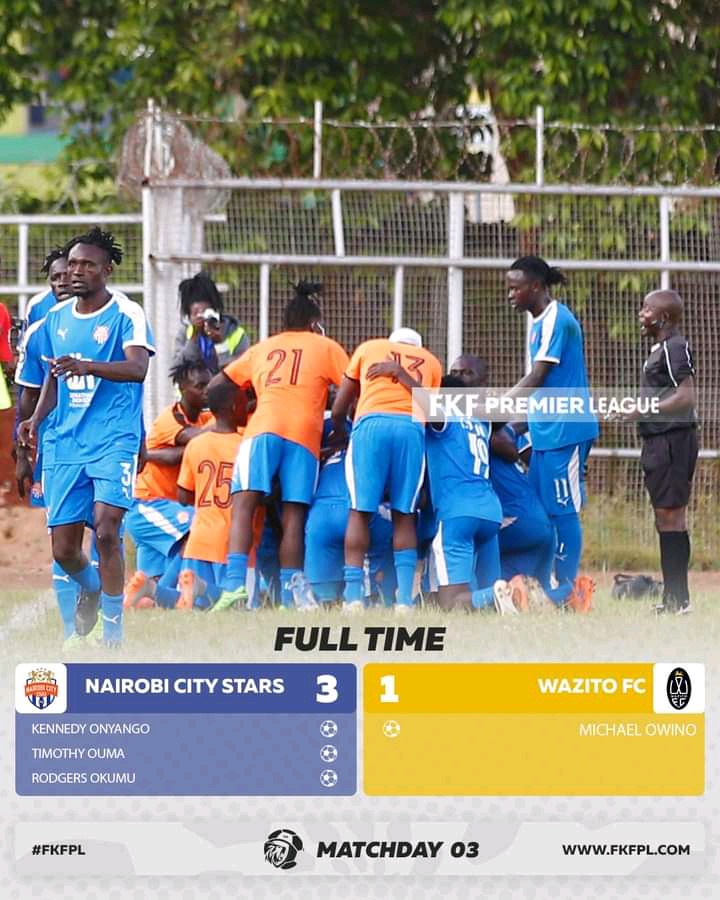 After matchweek three, Ulinzi Stars now sit on top of the table with seven points in three games. Behind Ulinzi are Posta Rangers who have amassed six points.

On the relegation zone are Nzoia sugar at position 16 with one point in three games, Vihiga Bullets at number 17 with one point and on the rock bottom are the defending champions Tusker FC who have only played one match and are yet to pick a point. 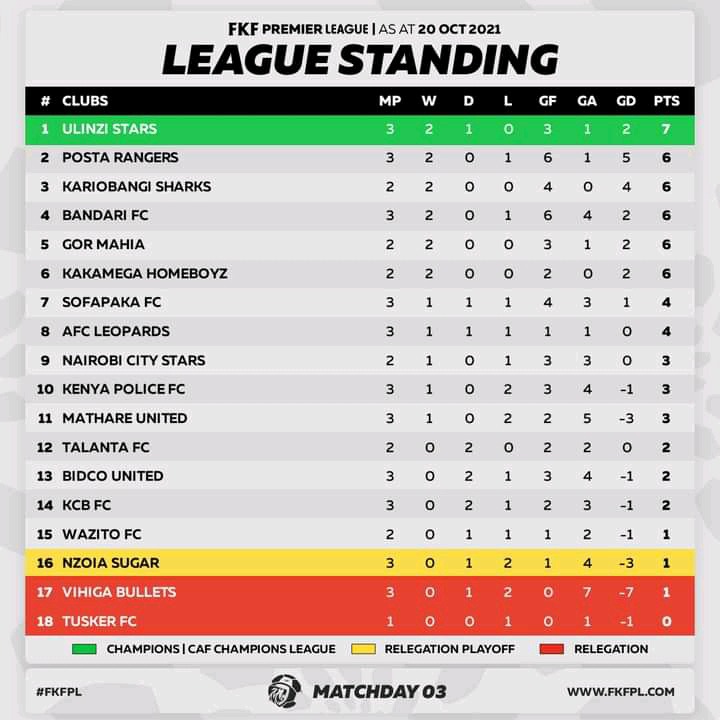