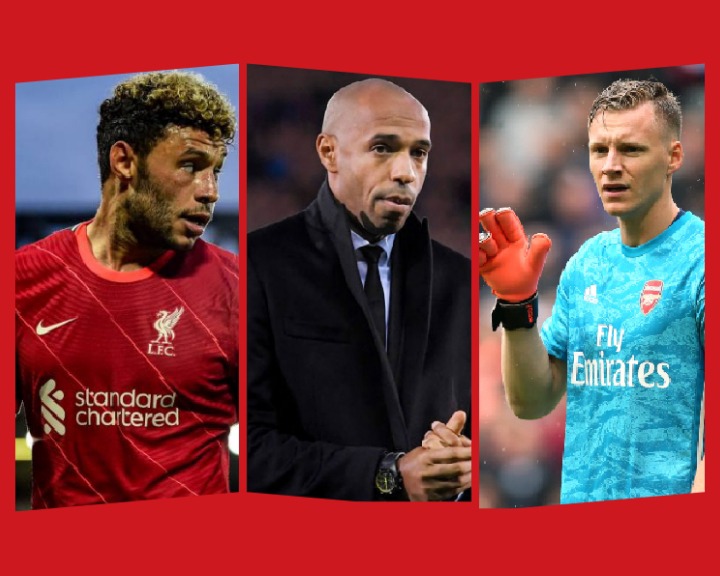 Bernd Leno was Arsenal's number one goalkeeper until August 28th, when he allowed 5 goals against Manchester City. With a need for a change in goal, Arteta decided to give Arron Ramsdale the number one spot while regrouping after the Manchester City thrashing and has not looked back since. This has put Leno on the sidelines, and he has stated that if things do not change, he will have to look elsewhere. This is what he told Sports Bild in his own words. "Only if nothing changes in my situation by winter would I have to think about things: what option do I have, how can I continue? But I’m concentrating on my work in training; I can’t commit to anything else at the moment." With an exit option, where might Leno consider relocating? According to Football London, Leno is likely to be open to returning to the Bundesliga to play for his hometown club, Stuttgart, in the hope of reviving his career and avoiding relegation from the German national team. 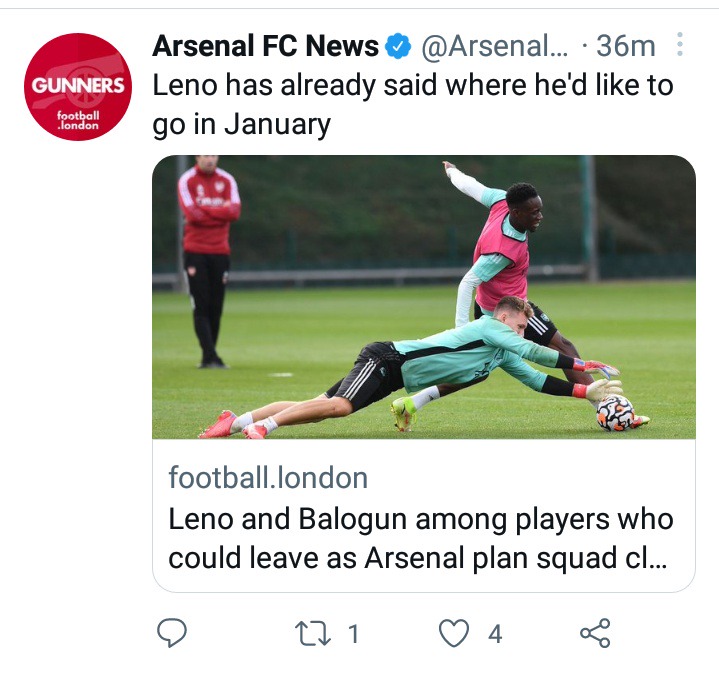 Arteta has been linked with a reunion with Oxlade Chamberlain, whose signature is currently worth £16.2 million. Although many Arsenal fans were unsure whether Chamberlain still had his midfield magic, his impressive run in the Atletico Madrid vs. Liverpool game was a true sign that the 28-year-old can still be a game changer. Although Salah received all of the attention, Oxlade Chamberlain did not go unnoticed, with Liverpool fans taking to Twitter to share what Arteta and Edu could be getting if they successfully follow up and reach an agreement to re-sign Oxlade Chamberlain. Here are a few examples of their tweets. 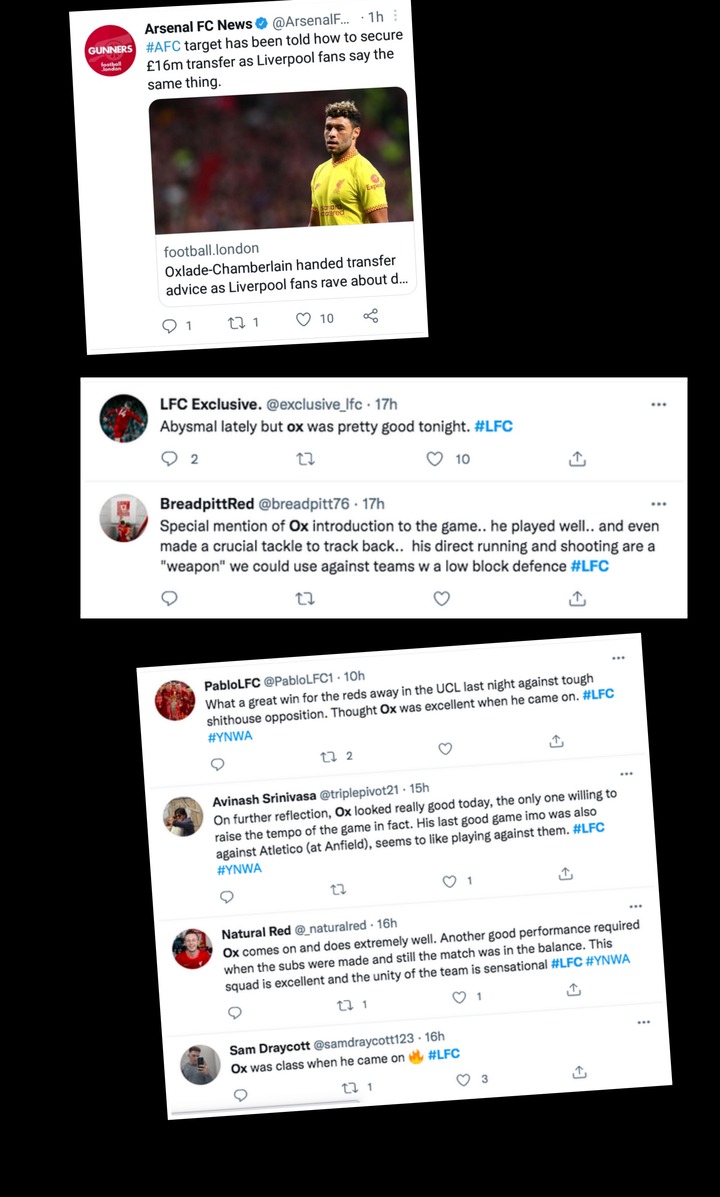 Arsenal, under Arteta, are unpredictable. You can rule them out of games only to watch them thrash Tottenham 3-1 or almost lose to Crystal Palace at home when they should be winning comfortably.With this in mind, one might wonder if Arsenal will return to European football next season. In a recent interview with CBS Sports, Thierry Henry responded, "Not with what I've seen recently." 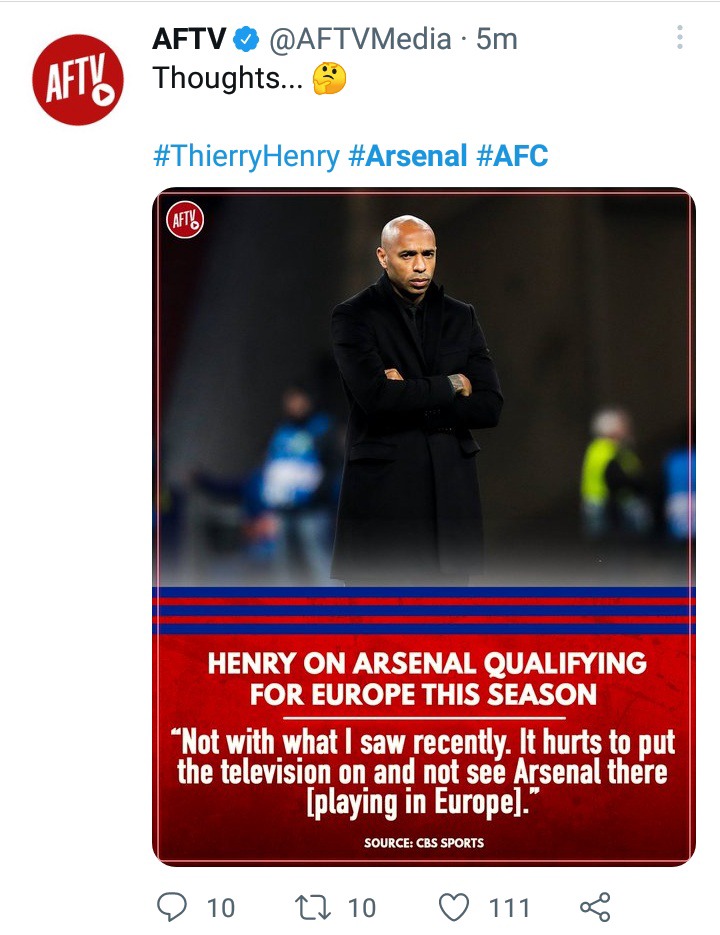 Do you believe Arsenal can silence the skeptics and return to European football? Please share your thoughts in the comments section below.