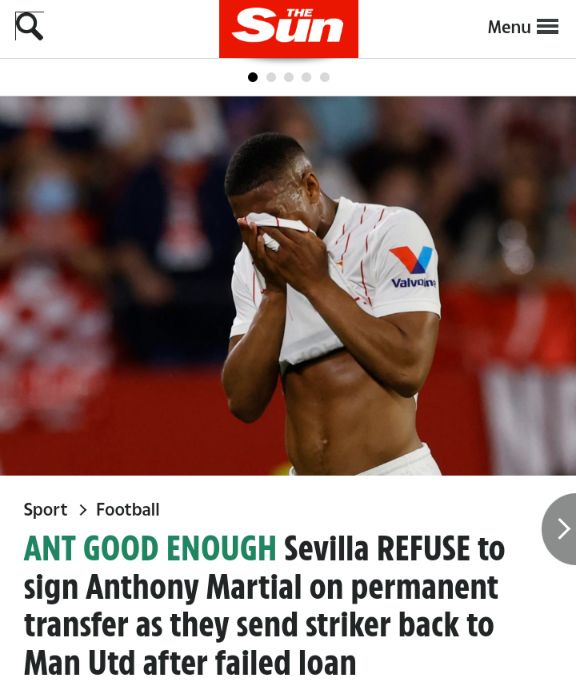 Manchester United had sanctioned the departure of Martial on loan to Sevilla last winter. The interim manager Ralf Rangnick in his tenure decided that was best for both parties. Especially as the Frenchman had arrived at Old Trafford in 2015 in the fee of £36m from Monaco, and full of expectations. 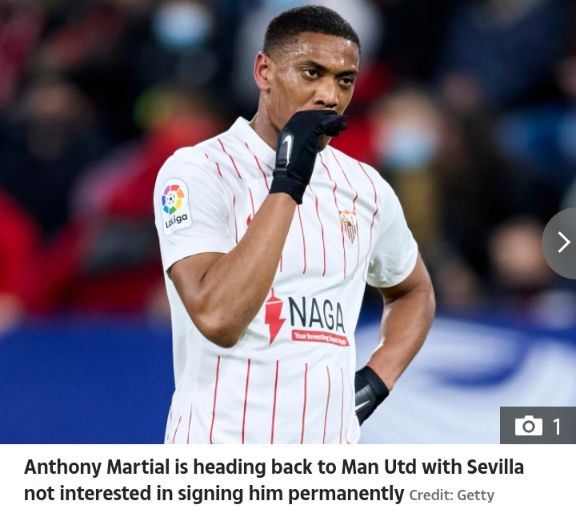 The 26-year-old unfortunately has only scored one goal in his 6 months at the Laliga side. The latter is on a £240k weekly salary and Sevilla had been paying part of it which was the £96,000 a week wages. 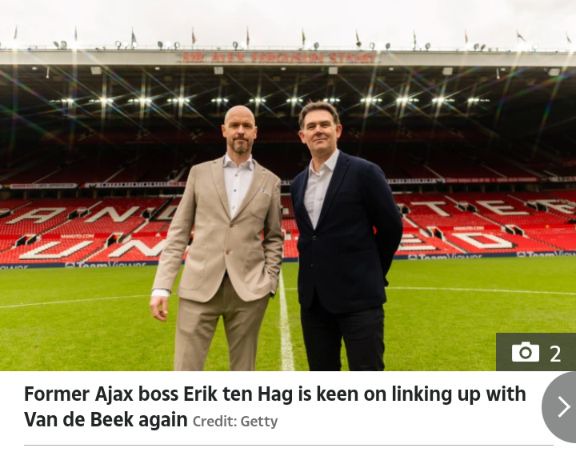 Upon the expiry of the loan deal the 4th placed Laliga side has now issued a statement on the players future. According to the Sunsport, "Anthony Martial will return to Manchester United. We spent important money on him but it didn't work. Also, he had Injuries and we're not going to buy him on a permanent deal. "A well determined Sevilla president Jose Castro said. 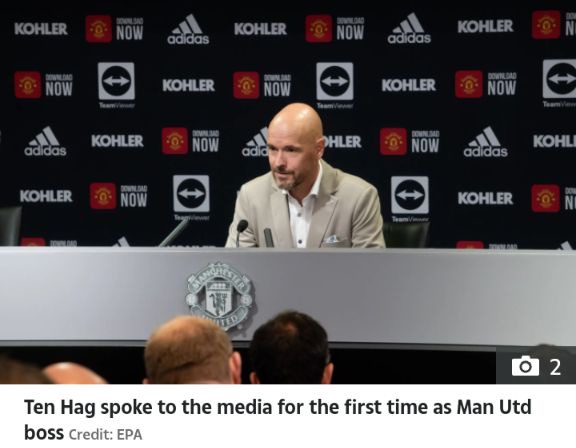 Meanwhile it will remain to be seen what Erik ten Hag the new Manchester United manager will decide on the player future. In which the 52-year-old, Dutchman in his press conference as of this Monday said his still analysing United players before making conclusion on many of them. 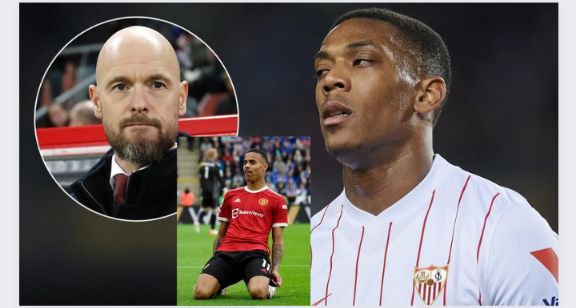