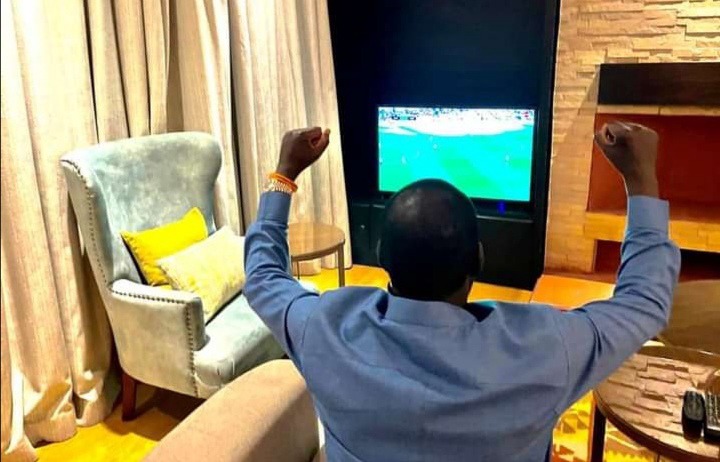 This is as the North London side has on Sunday evening emerged victorious over their fierce rivals Tottenham Hotspurs.

Arsenal who had a poor start of the premier league has now won three weeks consequentive games and Raila Odinga could not hold his joy as he has taken to social media to celebrate the win over Tottenham.

In a photo that has since gone viral, Raila can be seen emotionally celebrating after Arsenal's win and this has left Kenyans talking. 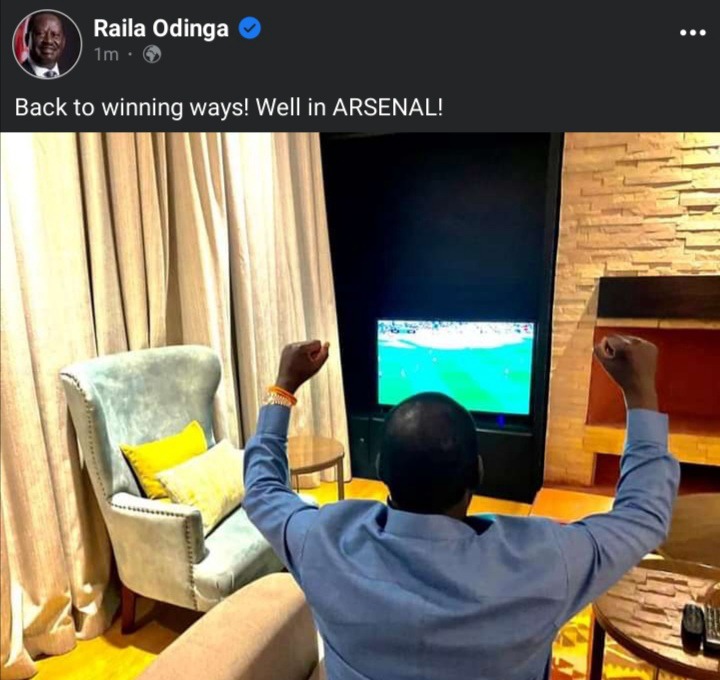 Here are a sample of the reactions; 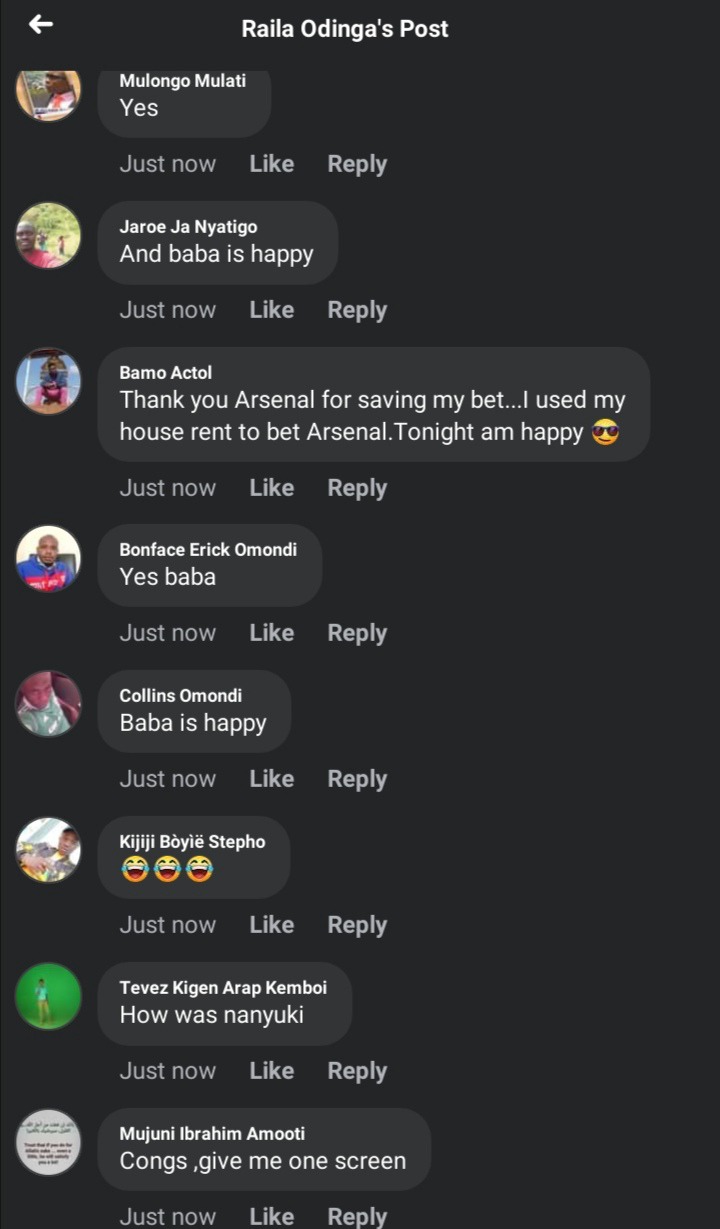 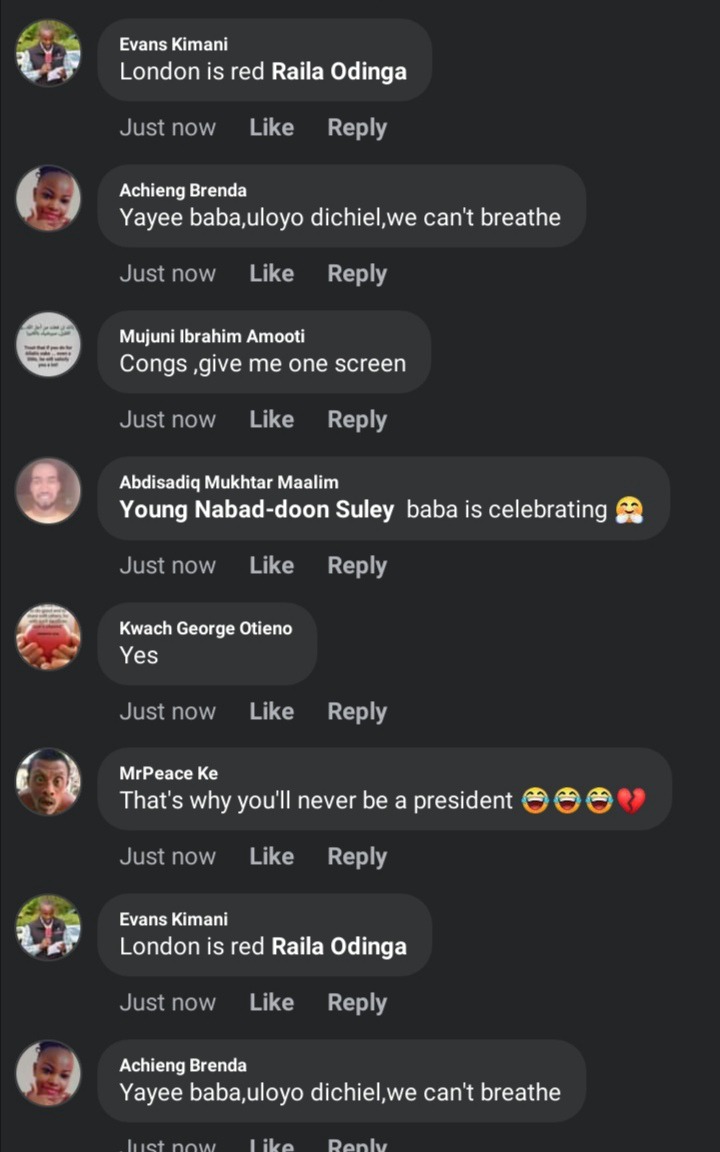 The ODM leader is a football fanatic and his talks in political arenas are riddled with football scenes.

He once was a staunch supporter of Manchester United but moved to Arsenal after Manchester was forced to play without fans after a ban.He has on several occasions been pictured at the team’s ground; Emirates Stadium attending matches.

So great is his love for the sport that it predominantly features as metaphors while politicking, especially when giving examples in his political events.