Haaland Names his Role Model and Admirer player in the Premier League.

Borrusia Dortmund and Norway striker also referred to as point man Eirling Braut Haaland is a hot name in the current European leagues soccer. He has been admired by many of big teams in the world for his signature which include teams like Man city, Man United, PSG, Real Madrid, Barcelona, Bayern Munich among others. But the player is still committed to his contract at his current club. 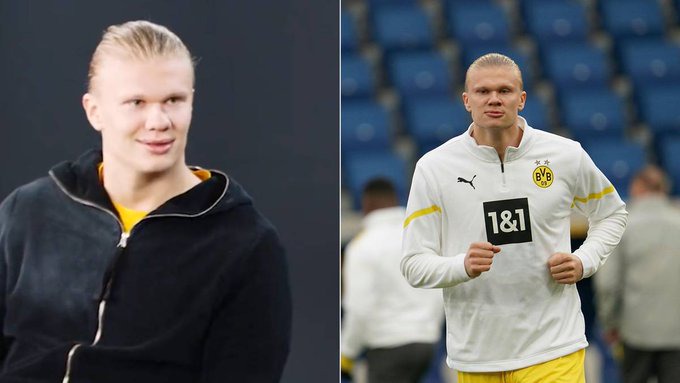 During an interview done by sky sports, the player has admitted that he often watch one premier league player and he is a big admirer of him. The player is the Leceister city striker Vardy. Whilst his pace, strength and finishing has made him an extremely potent forward, he is still extremely and there's plenty of room for improvement from the 21-year-old, which is pretty scary considering he's scored 56 times in 57 Bundesliga appearances.

And Haaland has revealed that he often watches Jamie Vardy, because the Leicester City strike is the 'best in the world' at running behind centre backs.