By Chelsea.ComNews (self meida writer) | 26 days

Arsenal have been the long term suitors of Brazilian Coutinho. The player has had a dead end to his fabulous career at Barcelona. The strings of injury that have endowed him lay a huge setback for the future. Mike Arteta has been a good and keen admirer of the attacking midfielder. Last summer, they almost signed him but an agreement failed between the two clubs. The salary for the player is massive that he finds it difficult to leave the club. Coutinho has been advised to accept a huge pay cut in order to find a new club where he can enjoy football. 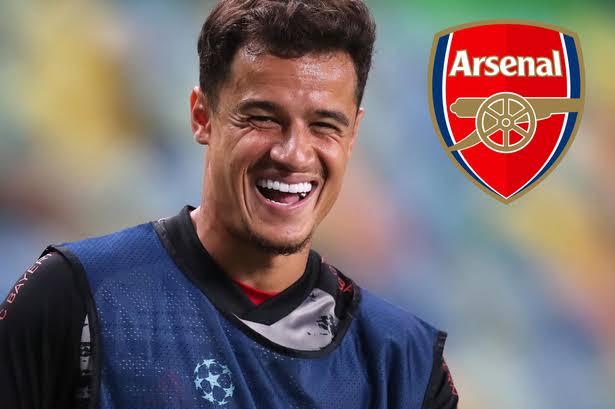 According to Daily Mail via Football Transfer News, Coutinho has been made available in the market by Barcelona. The Catalans want to offload him and release the wage bill. According to news, Coutinho will be sold for only £21 million which is a windfall price. Arsenal have now been presented with a classic opportunity to land their man who has been on the wishlist. The player is open to Premier League switch because he wants to play football again. He has left good record in the Premier League with Liverpool. He knows how to terrorize defense and score screamers. It is now upon the Arsenal board to grab the superstar.