By nyangachab (self media writer) | 8 months ago 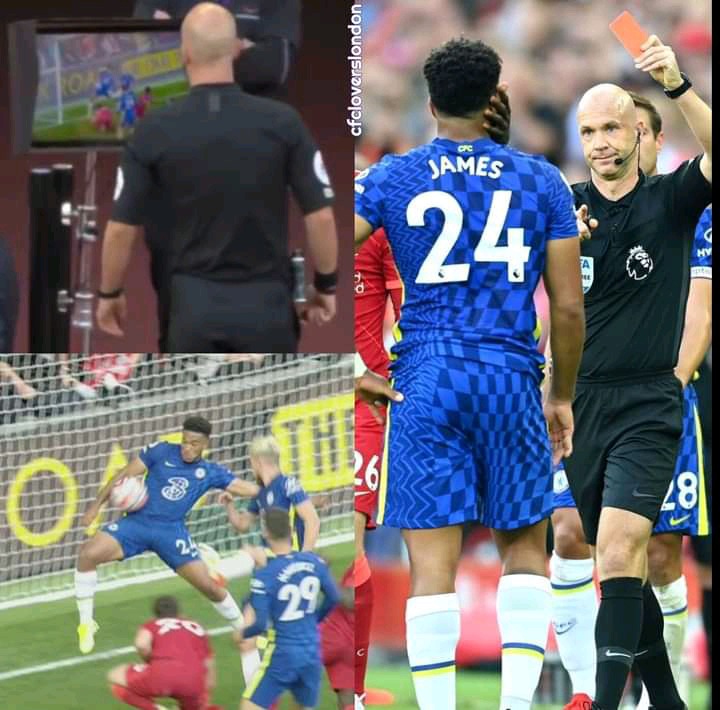 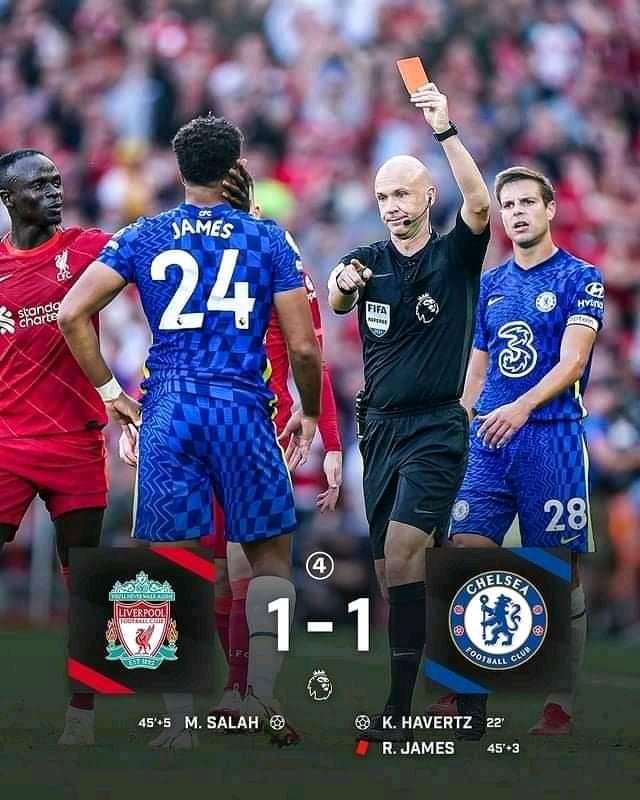 It was not a good first have for Chelsea even if they had scored the opening goal through Khai Havertz. These came toward the end of first half when Reece James was shown a red on a mistaken goal line clearance. The opponent Liverpool were given a penalty and one Chelsea player was sent off.

After that red card fan has shown there reaction on how they feel about it. Other fans are blaming the referee Anthony Taylor that he made an awful decision he should have taken his time in analysing the video before giving his verdict. 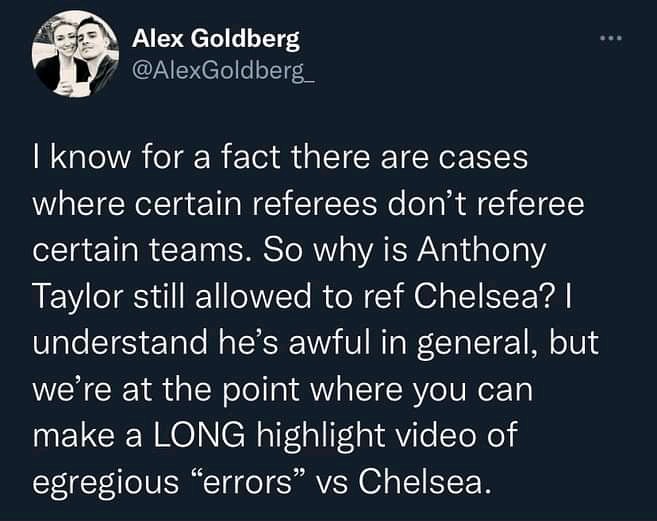 Chelsea captain Aziplicueta after the game he also blamed the referee , he claimed that the referee analysed the video using one angle. He accepted that James Reece went first with his arm but he doesn't agree on the red card , he said it was harsh for the player. Although the game ended In a draw. 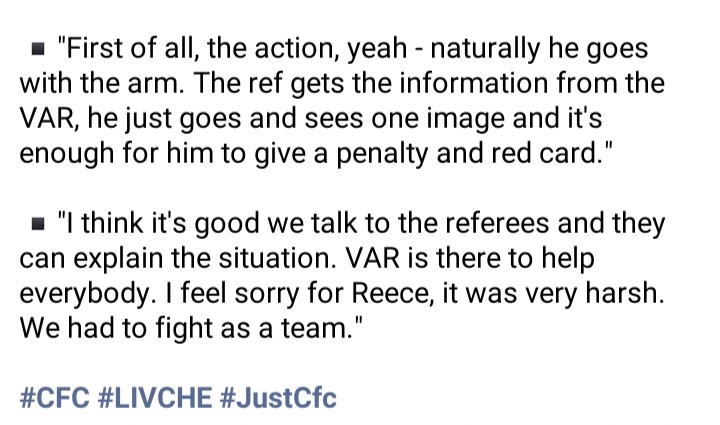