Manchester United Has The Second Best Squad In The World But Can't Win Trophies With Ole Gunner.

By OgachiEdwin (self media writer) | 18 days ago 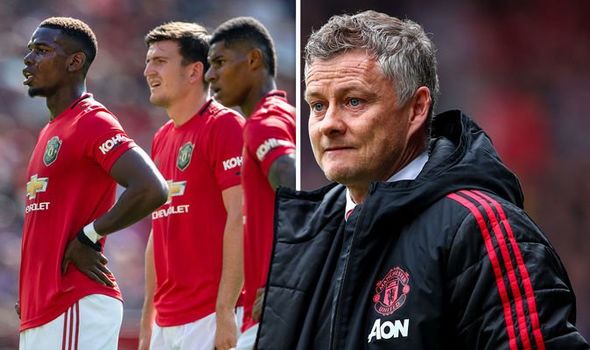 The figures are really interesting when you know that the players qualities in a team helps in contribution of more wins and hence carrying trophies.

Man United have gone dry for many seasons now without winning any trophy since they won the Europa cup with Jose Mourinho in 2017, But at least with Mourinho they won something.

Ole Gunner has never won anything with the club despite having one of the Best and expensive players in his squad. Last season he almost won the Europa cup as he played the finals against Villarreal which Manchester united lost to a penalty shoot out.

Even the league he had a good flow as he topped the table for quite some time until his mysteries came to haunt him again as the club flopped as they started to draw and even losing some matches which were so simple to Win, that's when many judged that Ole is not yet a good coach for this big club.

He really hastates in making changes yet he has options to do so and it seems to be hard for him to make decisions and this is what is costing Manchester united alot in not being able to win trophies.

There are one of the best Coaches known in history who are currently jobless and I think it's high time for Manchester united board to take action to sign either of Zinadine or Antonio Conte because we all know they can do better than Ole if given the chance.