Player Completes MEDICALS Ahead Of Move, Latest on Joachim Anderson, Coleman And Bettineli

By RedDeer (self media writer) | 4 months ago

DEAL DONE:Westham have signed goalkeeper Alphonse Areola on a season long loan deal from Paris Saint German.There's an option to make the deal permanent next season.He will undergo his Medicals with the club later today. (soucre:@Westham) 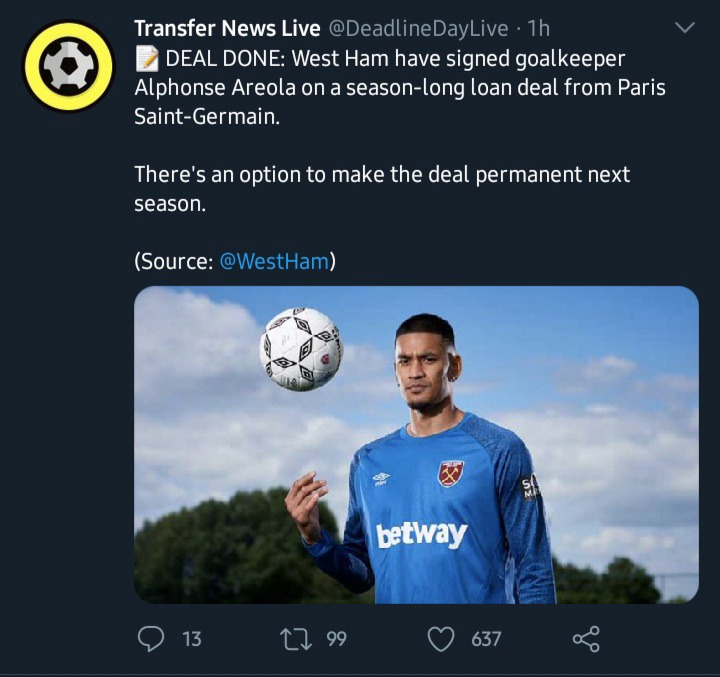 Deal Done:Crystal Palace have signed Joachim Anderson from lyon for around £23m.He has put pen to paper on a 5 year contract.(source:@CPFC) 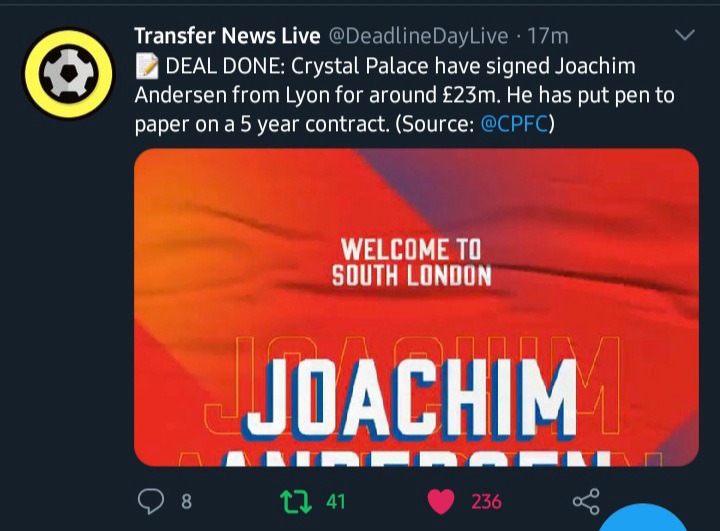 DEAL DONE:Seamus Coleman has signed a one year 1extension with Everton until the end of June.([email protected]) 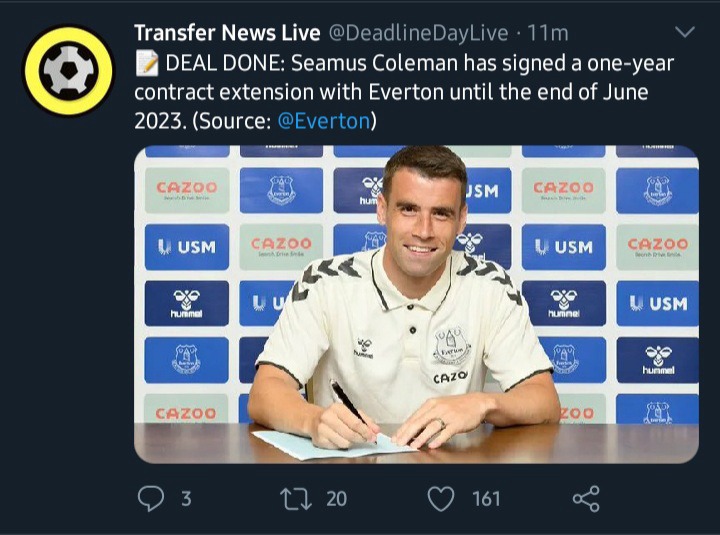 DEAL DONE: Chelsea have signed Marcus Bettinelli after he was released by Fulham.He will be the club's third choice goalkeeper.Bettinelli was Fulham second goalkeeper for 5 seasons only making 19 appearances.He will replace William Caballero who left the club after his contract was expired.He is already in london undertaking his Medicals with the club and he has already signed all paperworks.([email protected]) 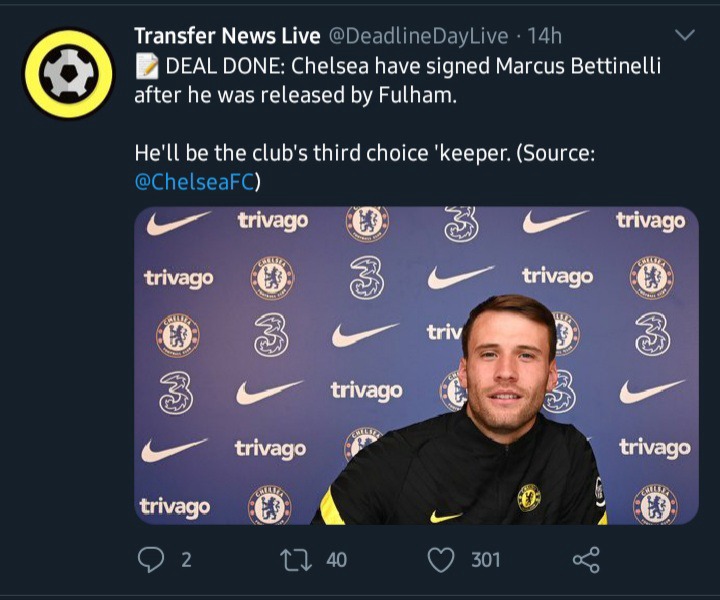 Westham are in talks with Chelsea over the £20m signing of Kurt Zouma.it is understood the player would prefer to stay in london rather than be part of a swap deal with Sevilla's Jules Kounde.(source:Sky Sports) 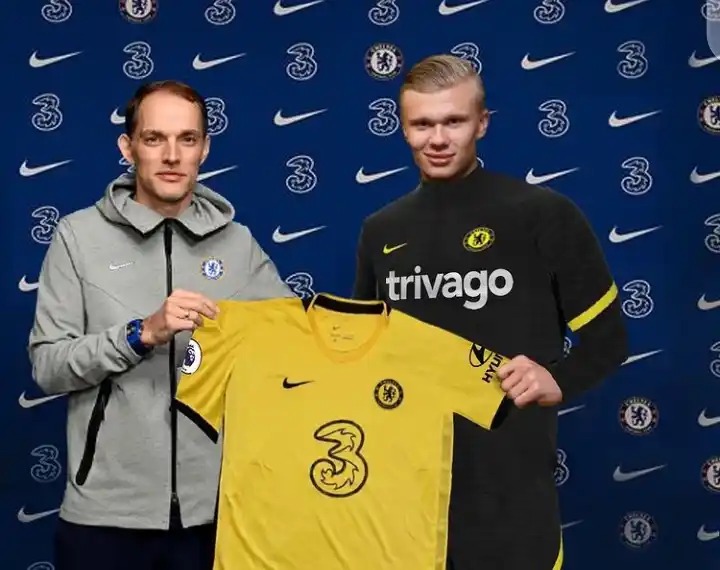