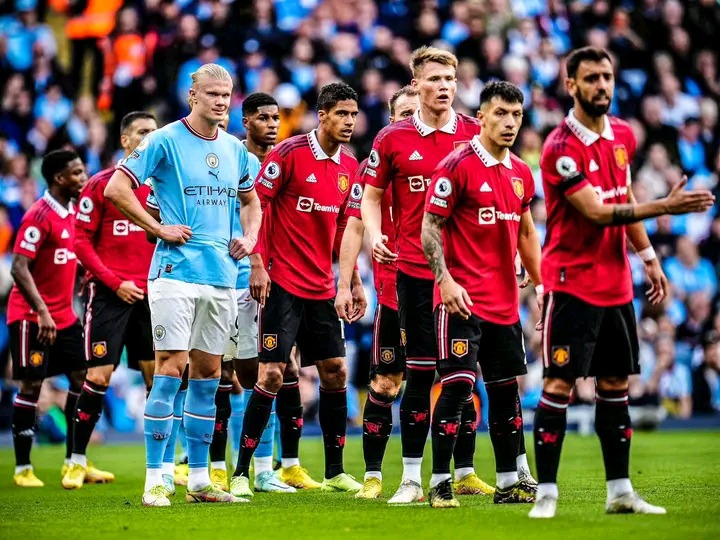 Manchester United have suffered another defeat this season after a 6:3 loss to Manchester City in the Manchester derby. Man City started on a high note as they scored way early via Phil Foden.Erling Braut then scored two before the halftime as Foden added another to make it 4:0. Both players then bagged a goal each in the second half, with ManU scoring three.

Five things noted from the match;

1.Mc Tominay is not very solid in matches that are played at high intensity such as Man city. He should have been taken off way early.

2.Casemiro should play more alongside Christian Ericksen. He was fantastic when he came on and contained the midfield every well.

3.Antony was fantastic. He scored the first goal that brought United back into the game. He scored from long range and if he continues to do more od those then maybe United will be massive this season.

4.The coordination of the back line was not good today. They need a more athletic defender when playing against high pressing and teams that attack at top speed.

5.Luke Shaw and Fred did well when they came on. They deserve more chances in the league and not just to be used as bench reserves.

'' I Am Ready to Work With Ruto's Government'' Kalonzo Reveals, Issues Conditions

"We're Tired of Your Promises, Focus On Service Delivery, " Ruto Lands in Trouble With Kenyans

Why Raila is to remain in the books of history